When federal agents descended on a Beverly Hills strip mall last month, it took them five days to seize the contents of hundreds of safe deposit boxes inside a store called U.S. Private Vaults.

On Friday, the government revealed why it was so interested in the seemingly mundane business wedged between a nail salon and a spa: It was laundering money for drug dealers and letting them stash guns, fentanyl and stacks of $100 bills in security boxes that were rented anonymously, prosecutors alleged.

In an indictment against U.S. Private Vaults, Inc., the U.S. attorney for Los Angeles accused the company of marketing itself deliberately to attract criminals, saying it brazenly promoted itself as a place customers could store valuables with confidence that tax authorities would be hard-pressed to learn their identities or what was stored in their locked boxes. To access the facility, customers needed no identification; it took just an eye and hand scan to unlock the door.

“We don’t even want to know your name,” it advertised, according to prosecutors.

Prosecutors also allege that an owner and employees of the company were involved in drug sales that took place at the business and helped customers convert cash into gold in amounts that would avoid suspicion.

Even before charges were announced, the case set off a court fight over the legality of the government’s seizure of the contents of every safe deposit box in the store. Earlier this week, one customer went to court claiming that the government overreached by confiscating the belongings in every security box without showing why it suspected each person of committing crimes.

Armed with a warrant, FBI and Drug Enforcement Administration agents raided the business on March 22. They took several days to go through all the boxes and move the valuables to an FBI warehouse, according to court papers. Although the warrant remains under seal, prosecutors argued Friday that the magistrate judge who approved it gave permission for the sweeping seizures.

“The government seized the nests of safety deposit boxes because there was overwhelming evidence that USPV was a criminal business that conspired with its criminal clients to distribute drugs, launder money, and structure transactions to avoid currency reporting requirements, among other offenses,” they said in papers filed in Los Angeles federal court.

The search, prosecutors claimed, turned up an unspecified number of weapons, along with fentanyl, OxyContin and “huge stacks of $100 bills” sniffed out by drug dogs. One box allegedly contained $1 million in cash.

In the March 9 indictment that was unsealed Friday, a federal grand jury charged U.S. Private Vaults with three counts of conspiracy — to launder money, distribute narcotics and structure cash transactions to dodge detection. None of the people who are allegedly behind the operation were named in the court records. It is was not immediately clear whether any individuals will face criminal charges as well.

Nobody answered the phone Friday at U.S. Private Vaults, and the voicemail was not accepting messages. Representatives of the company could not be reached. 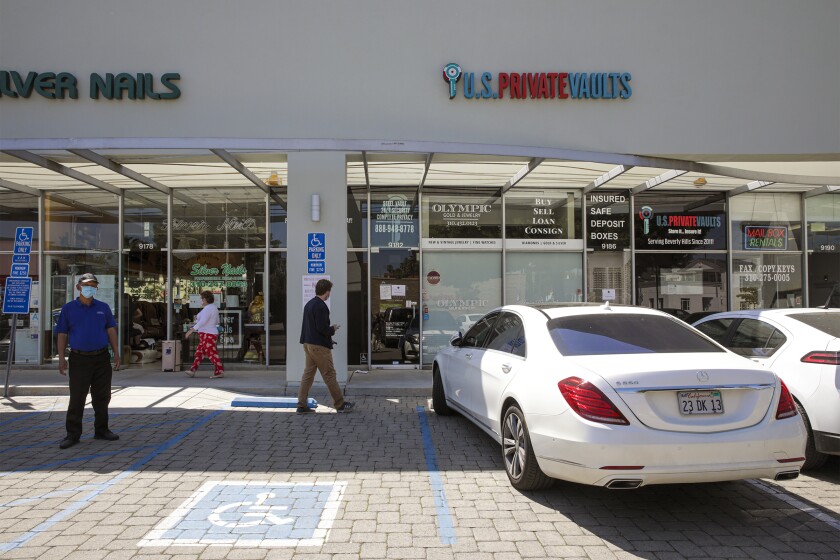 Federal agents relied on multiple informants and at least one undercover police officer who posed as customers to gather information about transactions that allegedly took place inside the store, the indictment shows.

The government unsealed the indictment just an hour before a court-issued deadline to respond to legal filings by a U.S. Private Vaults customer, who alleged the government’s search of what hundreds of people stored in their boxes was unconstitutional.

The unnamed customer, listed in court papers as John Doe, said the search warrant should not have authorized seizure of the jewelry, currency and bullion that he kept in his three boxes at U.S. Private Vaults, because there was no probable cause to suspect the person committed a crime.

Gluck is seeking a court order to stop the FBI from requiring anyone whose items were seized and inventoried by the government to identify themselves and subject themselves to an investigation to verify their legal ownership of the valuables.

Gluck alleged that the government was holding his client’s illegally seized goods “hostage” until he identifies himself, citing a description by assistant U.S. Atty. Andrew Brown of the procedure for retrieving valuables.

“Though Mr. Brown perhaps deserves credit for his candor, his announced plan is grossly improper and manifestly unconstitutional,” Gluck wrote in court papers.

Brown conceded in court papers that some U.S. Private Vaults customers were “honest citizens to whom the government wishes to return their property.

“But the majority of the box holders are criminals who used USPV’s anonymity to hide their ill-gotten wealth,” he wrote. “To distinguish between honest and criminal customers, the government must examine the specific facts of each box and each claim, precisely what the anonymous plaintiff wants to prevent by refusing to disclose not only his identity, but even the specific boxes he claims are his.” 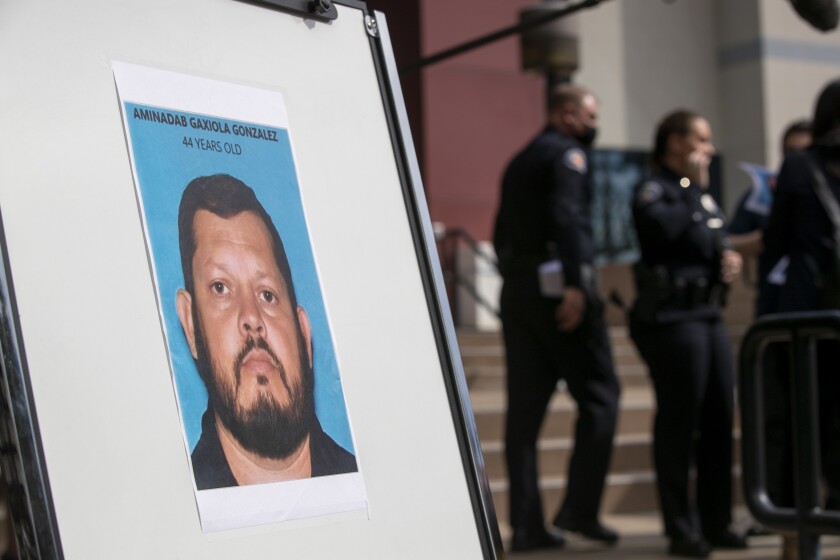 Nina Marino, a Beverly Hills attorney with several clients who stored things at U.S. Private Vaults, said that even if some customers used the boxes for criminal activity, “that does not authorize the government’s conduct in this sweeping action of not only seizing innocent box owners’ property, but viewing that property.”

“Every single person that paid money on a monthly basis did that with the expectation of maintaining their anonymity, and it’s just outrageous that the government has such low regard for the 4th Amendment and for an individual’s expectation of privacy,” she said.

Beth Colgan, a UCLA law professor, called the dispute “fascinating,” saying the big question is whether the sealed search warrant shows there was probable cause to believe evidence of criminal wrongdoing could be found in virtually all of the safe deposit boxes.

“I would just be very surprised if a judge had approved a warrant that would allow the FBI to go through every single box absent evidence that the entire system was corrupt,” she said. “Maybe they have the evidence, and that’s the thing we don’t know.”

On Friday, signs of the raid remained. A hole in the drywall with wires exposed was all that remained of the eye and hand scanner customers used to gain access to the facility. Directly above the hole was a sign that read: “Position green dot between your eyes.” Black duct tape covered a security camera and door locks.

Taped to the front door was a paper instructing customers “to initiate a claim for your U.S. Private Vaults box” on the FBI’s website. 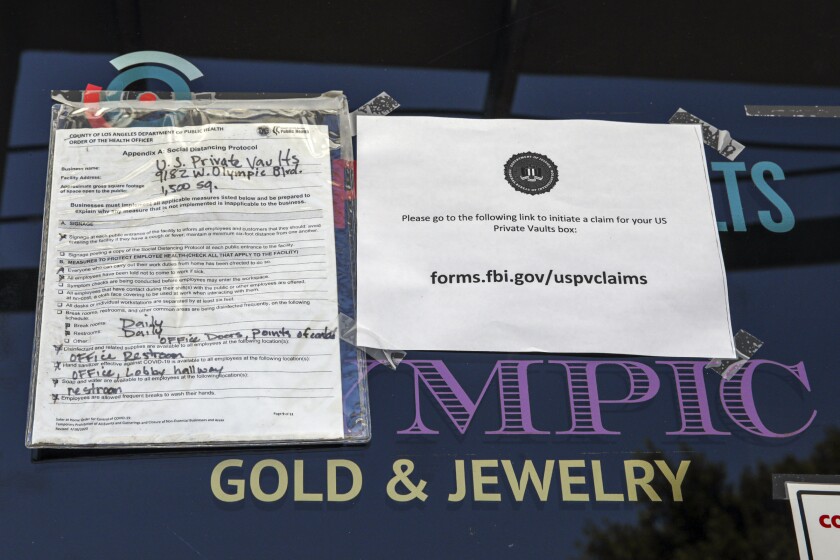 A sign taped to the front door of U.S. Private Vaults instructs customers on how to recover their possessions. (Irfan Khan / Los Angeles Times)

UGANDA: Muntu, Tumukunde squeeze Museveni over claims they are useless without him