Uganda, where is TVO?

TVO’s last post on Facebook was on November 1, 2020. S/he has not posted anything since then. Which comes as a shock to me too because TVO would have been talking about the November 2020 massacre, the lead up to the January 14, 2021 fake election and the aftermath of that election.

TVO would have been talking about the ongoing Genocide and he would certainly guide us as to the current security and killings. Where is TVO?

Uganda oil pipeline cost goes up by $2B overnight

If he reads this message (if she reads), please let her or him know that MLN is thinking about them. 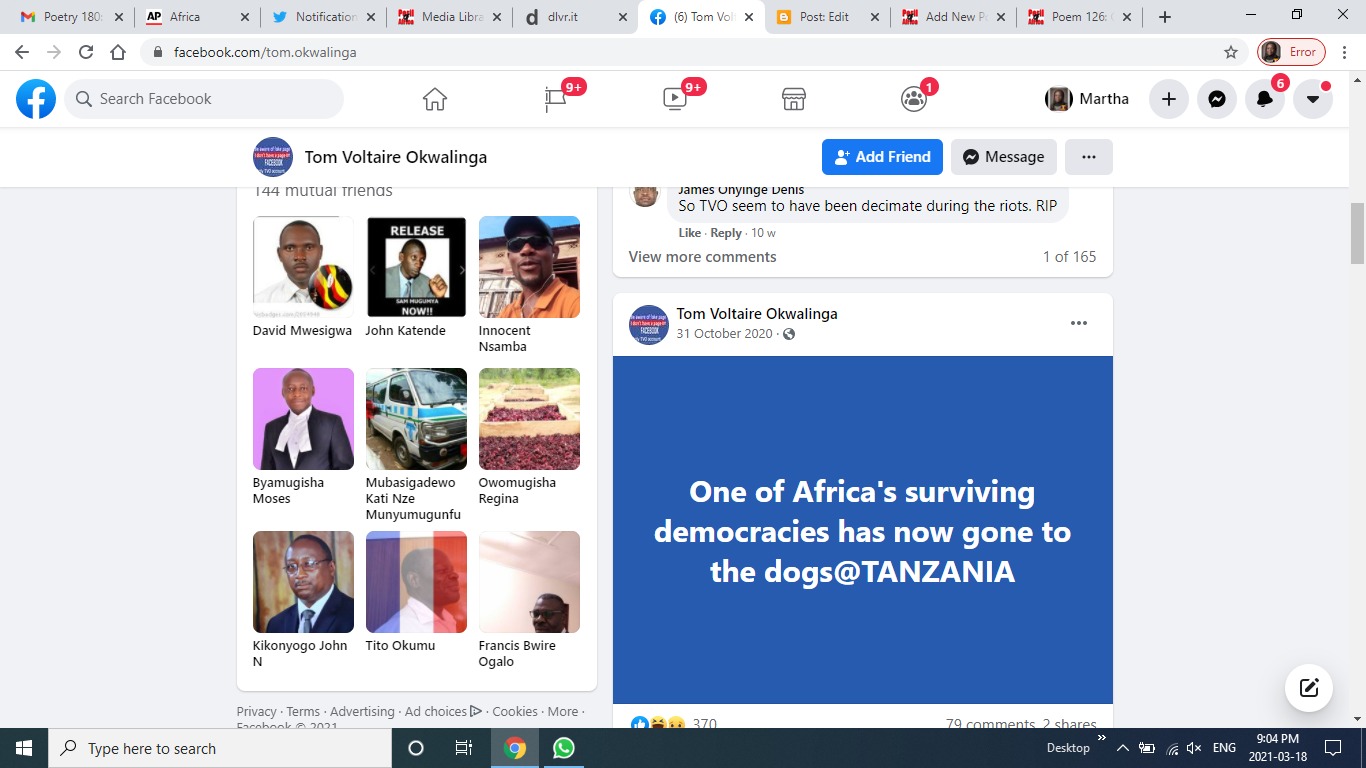 Uganda oil pipeline cost goes up by $2B overnight

France to expel 231 suspected extremists after attack on teacher:source

LIBRARIANS: What does a librarian do? EVERYTHING