Important developments in the pandemic.

The Post’s coronavirus coverage linked in this newsletter is free to access from this email.

As the pace of coronavirus vaccinations increases, President Biden announced Thursday that he would double his goal of getting 100 million shots in arms by his 100th day in office. While Biden called the new target of 200 million doses “ambitious,” the United States is on pace to meet it, with an average of about 2.5 million doses per day administered over the past week.

Now Cuomo is mired in a host of controversies, the latest of which was reported Wednesday: His administration gave Cuomo family members and other well-connected people special access to state-administered coronavirus tests by sending a top state doctor and other officials to their homes, three people with direct knowledge of the incidents told The Washington Post.

AstraZeneca and the University of Oxford released an updated analysis from their vaccine trials showing that the two-dose regimen was 76 percent effective at thwarting symptomatic illness. None of the study participants who got the shots became severely sick. The new effectiveness rate is only slightly lower than results announced earlier, when an independent data-monitoring committee complained to AstraZeneca and government officials that the company had released outdated data that made its vaccine look as impressive as possible. Despite the new results, distrust in the company is likely to make its data subject to extra scrutiny, our Health desk wrote.

Infections are trending upward in most states. Cases rose by 4 percent nationwide in the past week as Michigan, Colorado, Connecticut, South Dakota and Hawaii reported increases of more than 30 percent, according to data tracked by The Post. On Wednesday, 32 states had a higher seven-day average number of cases than a week earlier. The rest of the world is seeing a similar rise in infections that experts say is caused by the spread of new variants.

In a rush to get vaccinated, some people are lying about their eligibility for the jab, and it’s causing relationships to fray. People are expressing frustration with their friends who are pretending to have a qualifying medical condition or job so that they can jump the vaccine line while others wait for their shots. Read more about how lying for vaccines is testing friendships.
Other important news

Infections are soaring in India, the world’s second-most-populous country, as the nation seeks to increase the speed of inoculations.

Moncef Slaoui, the head of former president Donald Trump’s Operation Warp Speed, was fired from the board of medical company GlaxoSmithKline over sexual harassment allegations.

Guide to the pandemic

Track confirmed cases, hospitalizations and deaths in the United States and the spread around the world.

Submit a question and we may answer it in a future story or newsletter.

“If you have the opportunity to get more than one vaccine, should you?” — Bob in California

Please don’t get more than one vaccine right now. The three available in the United States — Pfizer’s, Moderna’s and Johnson & Johnson’s — were authorized to be given as separate and complete immunizations, not in combination or sequence.

As we noted in January, swapping the Pfizer or Moderna second dose should be done only in “exceptional situations,” according to the Centers for Disease Control and Prevention. The agency also cautioned that those mRNA vaccines aren’t interchangeable. Two months later, that guidance remains.

Because demand continues to outstrip supply in most parts of the country, it’s also worth considering the many people who haven’t been vaccinated yet. If you’re aware of available doses nearby and would like to further decrease your chances of exposure to the coronavirus, even after full vaccination, consider reaching out to unvaccinated members of your community. The more people around you who have immunity, the harder it is for a virus to spread.

“It’s a bit too early to be getting greedy about taking multiple vaccines just yet,” University of Colorado immunologist Ross Kedl told Bloomberg News earlier this month. “Let’s all just be content with one for now until everyone gets a shot.”

Additionally, it is not clear how beneficial that extra vaccine would be. Here’s a rough analogy: If you have two bike helmets and you’re already wearing one, everyone is safer if you lend the spare to a bareheaded cyclist than if you try to stack a helmet on a helmet.

It’s not out of the question that we may need booster shots in the future should protection afforded by this round of vaccinations wane. If so, a recommendation will come after evaluation by medical researchers, statisticians, health regulators and others — not the result of “let’s try this at home” personal experiments.

Pfizer and Moderna, for instance, are testing additional boosters and potentially revised vaccines in response to variants. Vaccine combinations are also being studied in clinical trials: In February, the U.K. government announced a trial to give one shot of one vaccine, followed by a second shot of another (such as an AstraZeneca dose with a Pfizer dose 12 weeks later). Another clinical trial in Europe will test the AstraZeneca vaccine and Russia’s Sputnik vaccine given 29 days apart. Such studies are in the early stages. The first results from U.K.’s trial might come over the summer. 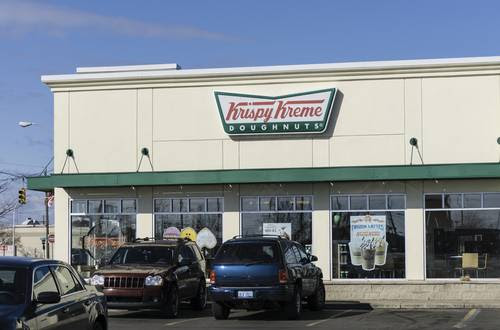 The case for vaccinating children for covid-19 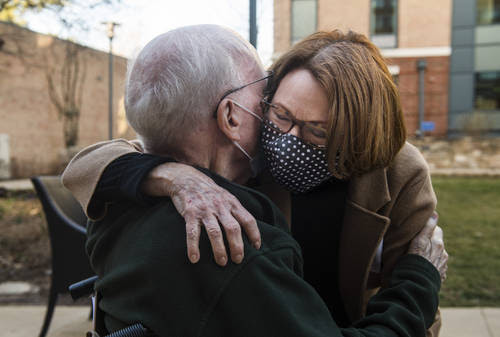 Families are reuniting at nursing homes. But covid-19 has stolen time they can’t get back.

After a year of covid life, we’ve run out of things to talk about. Try these conversation tips.

Find more stories, analysis and op-eds about the pandemic on our coronavirus page.

Statement of the members of the European Council, 25 March 2021