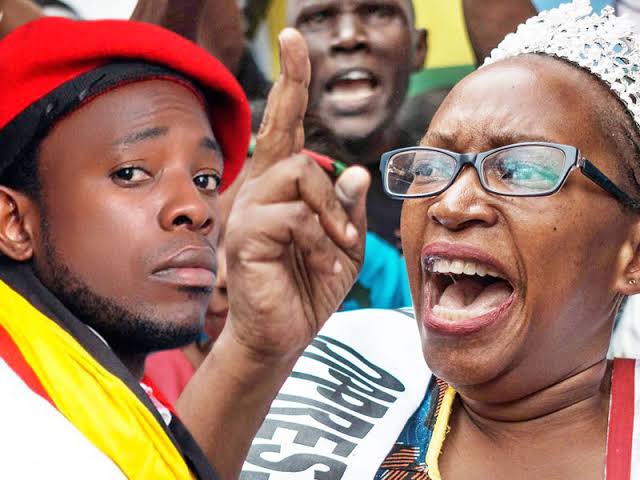 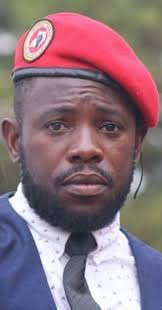 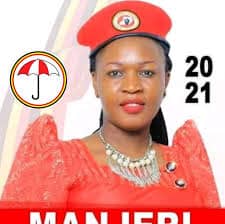 By OUR REPORTER
A certain daring Ugandan opposition activist has written an intriguing letter to former Kampala City Woman MP candidate Dr Stella Nyanzi seeking clarity on her loyalty falls between opposition and the ruling side.
The furious author of the highly stinging missive identified as Davis Musiri seem to suggest he knows Stella in and out as he outlines a number of occasions the two have been joined together by the struggle to dislodge Museveni’s government.
The letter in question came in response to Nyanzi’s call for a unity opposition for the mass actions against group as mobilised by Bobi Wine to stand any chance of success. This was however received with my h contempt majorly from supporters of the National Unity Platform who saw it as an indirect insult to their leader.
He refers to Nyanzi as a role model that played an important role in influencing his decision to join the struggle for regime change. He forinstance stresses that at one time when he was arrested and sent to prison in Luzira, Nyanzi was there for him and when she two met the same fate for 18 months at the same facility, he returned the favor.
He however asserts that the unpredictable academia’s political inconsistencies over the last couple of months have thrown his image in an acute disrepute. He says Nyanzi has been in the news bashing Bobi Wine which would be quite understandable but when she directed similar offensives to Dr Besigye, then most Ugandans were thrown into confusion.
He further says such inconsistencies could rightly have contributed to her humiliating defeat in the Jan 14 parliamentary elections where Nyanzi had sought to legislate for Kampala. He thus advises Nyanzi who is currently in what he calls a ” self imposed asylum” to remain there and sober up after an election that must have taken a toll on her.
The writer further ridicules Nyanzi for pretending to be highly concerned about what happens in Uganda, especially in regard to the calls for mass action against Museveni yet she ran away from the country instead of standing with others to fight on.
Bellow is what is contained in Musiri’s letter to Dr Nyanzi;
An Open letter to comrade Stella Nyanzi (PhD)
Dear Dr. STELLA NYANZI ,
I hope this letter finds you in perfect shape and health.
I hereby write to appreciate the time and moments we have shared as comrades way back in 2017 when we met at the ‘Women’s Lives Matter’ march. I have looked to you as an activist who has inspired and motivated my indulgence in the struggle to liberate this country. I know we have been through a plethora of challenges as comrades. You have been there for me in my critical times of incarceration in the filthy dungeons of the Junta and I have also returned the same favour when you were jailed at Luzira women’s prison for over 18 months.
When you were aquited, you had a dream to legislate for Kampala in the eleventh parliament. This is a dream that every Ugandan who celebrated your courageous contribution to the struggle unanimously and overwhelmingly endorsed.
Your incontinence first manifested when you attacked your own mentor and role model ‘Rt. Hon’ Dr. Kizza Besigye, a man we all treasure. You launched the same verbal artillery at the person of Hon. Kyagulanyi Ssentamu Robert aka Bobi Wine  “Dr. Stella(PhD) who do you work for?”. If you can attack Besigye and at the same time attack Bobi Wine then you leave all of us with questions lingering at our lips as we wonder what exactly your agenda is! Your indecisiveness and inconsistency is what detached the electorate from you.
Away from all that, I humbly appeal to you to bury the hatchet and move on in your self styled asylum. First of all, it’s too cowardly an act for one to pretend to love the country from across borders than the comrades who have risked all they have to stay at fore front of the revolution. Your pursuit for social media relevance is unbecoming and yet ‘asylum’ is meant to give you some psychological meditation to reflect, recount and recollect yourself to perfect shape. But Surely what went wrong, comrade Stella the true activist I knew? Why do you persistently attack people who are devoted to the struggle? What is your agenda? What do you intend to achieve?
I want to close by telling you that for us we choose to remove the dictator and we must desist from the Gospel of ‘asylum’. “For it’s better to die standing than leaving all our lives on our knees”.
Therefore that’s why we have sought for the ‘public court’ to give the final verdict.
#WeAreRemovingAdictator.
Yours truthfully
Musiri David

“For God and my Country “