MARTHA LEAH NANGALAMA – There is rampant theft in Stanbic and this case only scratches the surface of the problem. Far too many Ugandans have been ripped off by the thieves at Stanbic and it is imperative that Standard Bank Group fires all the thieves who have been participating in this theft and it should start with the CEO.
I will now advise all my followers, friends and families to take  their money out of Stanbic to other banks, in solidarity with the victims of Stanbic’s grand theft. Dear friends, family and colleagues in Uganda, please shut down your bank accounts with Stanbic and move to other banks (use word of mouth to find out where people in your network are banking).
Ugandans must remember that Crane Bank downfall started as a rumour and it really was not a rumour at all. Crane Bank was doing some very shady business as of you keep reading in your media. Therefore, if you think that Stanbic will stop stealing from clients now, think again. Any bank which steals from its clients is not worth calling a bank and Stanbic would lose their license if we had a functioning government or useful parliament. Too bad most of them are also thieves.
MLN 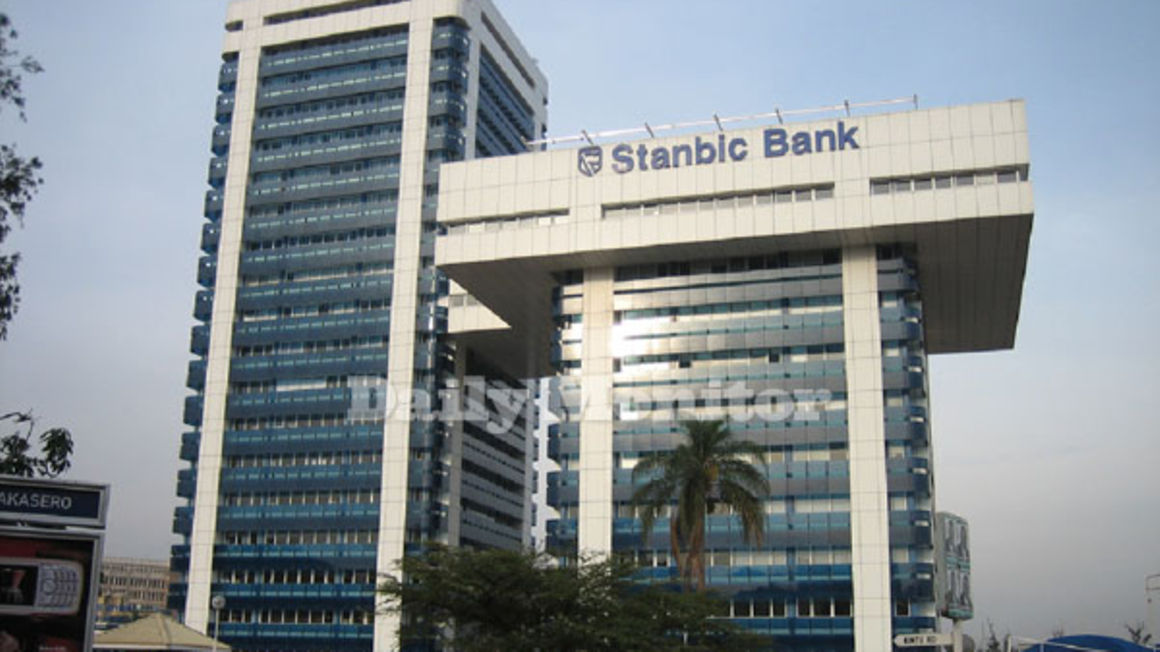 By Dorothy Nakaweesi
More by this Author

MONDAY FEBRUARY 15 2021
Stanbic staff illegally sold themselves client’s properties, court rules
At least seven Stanbic Bank employees illegally transferred mortgaged securities to a company that they had formed three months after the distressed properties had been advertised for auction, according to a ruling delivered by Justice Richard Wejuli Wabwire.

The ruling, which was delivered last Friday, found that there was sufficient evidence to support an application in which Macdowel Food & Beverages had accused the seven employees of forming a sham company – Myriad Investment Club – to acquire properties that had been mortgaged to Stanbic Bank for a Shs1.06b loan facility.

The loan, which had been advanced on October 14, 2017, had been a subject of default thus Stanbic Bank had in early 2019 sought to dispose of mortgaged properties on five plots comprised on plot 7, 3, 4, 5 and 6 Works Close in Luzira, Kampala to recover the outstanding loan.

However, the decision had been challenged in court leading to a consent judgment in which Macdowel Food & Beverages had committed to repay the loan but again defaulted, forcing Stanbic to start a process of recovery and disposal of the properties.

The properties were later disposed to Myriad Investment Club. However, according to documents before court, Macdowel Food & Beverages, which was incorporated on September 19, 2013, subsequently sought court intervention, claiming that the bank had connived with Myriad Investment Club to illegally dispose mortgaged properties to a company whose directors were employees of Stanbic.

Macdowel Food & Beverages, acting through lawyers Nelson Nerima and James Katono, had also argued that the mortgaged properties had been disposed of in a process that it was never made aware of purportedly conducted through a public auction, which court found to have never taken place.

Ruling
In a 22-page ruling, Justice Wabwire agreed with the applicant that the seven, including Mr Lawrence Kaweesa, Mr Allan Muhinda, Ms Daisy Nitwe, Mr Emmanuel Rukeeba, Mr Kenneth Kitungulu, Ms Maureen Kembabazi Katwebaze and Mr Thaib Lubega, had on February 3, 2020 “opportunistically incorporated a sham or conduit company … with a hidden motive of purchasing securities”, which Macdowel Food & Beverages had deposited with Stanbic Bank as collateral for the loan.

Therefore, Justice Wabwire ruled: “It is my finding that the sale of the applicant’s securities [Macdowel Food & Beverages] by the lst respondent [Stanbic Bank] to the 2rd respondent [Myriad Investment Club], a company incorporated on February 3, 2020, three months after the advert for sale of the securities in November 2019 and barely a month before sale of the securities on February 26, 2020, was merely a side show and a shabby disguise intended to circumvent the provisions of the Mortgage Act,” noting that the actions by Stanbic and Myriad Investment Club aided by the fact that those involved were in a position of influence “were done in complete contravention of the law and thus are found to have been illegal”.

Total disregard
The lawyers had also argued that it was irregular and total disregard of court processes for Stanbic to dispose of properties that had been a subject of litigation in which Macdowel Food & Beverages had on March 20, 2019 filed a suit that sought an order of specific performance of the terms and conditions of the loan facility, among other prayers.

The suit, which was later settled through a consent judgement on August 22, 2019, followed notices in which Stanbic had warned Macdowel Food & Beverages of the need to dully attend to the conditions of loan obligation, failure of which the bank would take any action within its disposal, including sale of mortgaged properties to recover money due to the loan.

Subsequently, after numerous attempts to recover the amounts due, according to court documents Stanbic, on February 26, 2020, sold the mortgaged securities at Shs1.05b, a value that court found was lower than the Shs1.06b reserve price, in a process in which Myriad Investment Club had emerged the highest bidder.

However, court found that the purported auction had been a cover to aid the illegal sale of the mortgaged properties since “the auctioneer’s role had stopped at placing an advert for a sham auction [with] the subsequent bids received by the auctioneers forwarded to Stanbic for advice and acceptance long after the deadline had passed.

Court also found that Stanbic did not value the securities as required by law to guide on the reserve price yet they were sold at a lower price, which was a serious breach of duty of care.

Subsequently, court awarded Macdowel Food & Beverages with Shs100m in general damages, Shs300m in exemplary and punitive damages and 30 per cent of the cost of the suit.

At the weekend, Ms Cathy Adengo, the Stanbic head of corporate communications, told Daily Monitor they had noted the ruling and had already filed a notice of appeal.

Although the mortgaged properties had been sold to Myriad Investment Club, there was an attempt on October 22, 2020 to rescind the sale through a consent decision on condition that Macdowel Food & Beverages’ account in Stanbic is debited with Shs940m, which he was required to settle before the company would get vacant possession of the mortgaged titles.

WHO authorizes AstraZeneca’s COVID vaccine for emergency use