By THE PEOPLE’S AGENCY – all photos / images are from The People’s Agency who posted this story on February 16, 2021 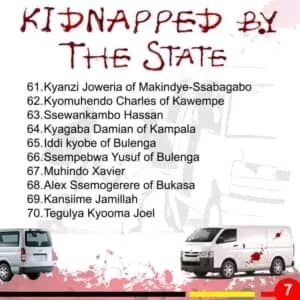 Having finished all that, it takes to end the bog belched from the Museveni establishment, we are here to reveal to you the final task. Uganda Federal Democratic Front (UFDF) thanks so much for the role played by Robert Kyagulanyi Ssentamu and the National Unity Platform for doing so much to expose the monster inside Museveni. The task indeed needed someone with such a strong will.

We also thank comrades like Fred K. Lumbuye who braved the hard-knock life but downplayed the offers of the dictator not to be compromised by the power of money and death. The rewards are so much in waiting. As truthers, we blame and condemn all mischievous characters who clad themselves in NUP outfits, yet they were and still serving the dictator. We know them all. We do not need to reveal their names here because very soon, they will confess after the promises from the dictator deliver to them empty air.

We also thank in a special way all the young ladies who fought their way to leadership amidst a mischievous Fred Nyanzi who demanded from you either money or sex to get you a NUP ticket accreditation as flag bears. That brad has no future in Uganda. Unless he comes out to confess openly, he has no role in the new Uganda. We, therefore, thank all the brave mothers of this country.

Our agents destroying the pillars of the tyrant have worked tirelessly to expose the vampires who feed on the blood of the youth advocating for change. For those who missed the list and the photos through our proxy channels, here we are giving them to you in this article. Be informed that this work done by the state vampires is actively supervised by Muhoozi Kainesatani the son of the Devil and the current commander of both SFC and Commando Unit. Below, are the agents of the vampires… 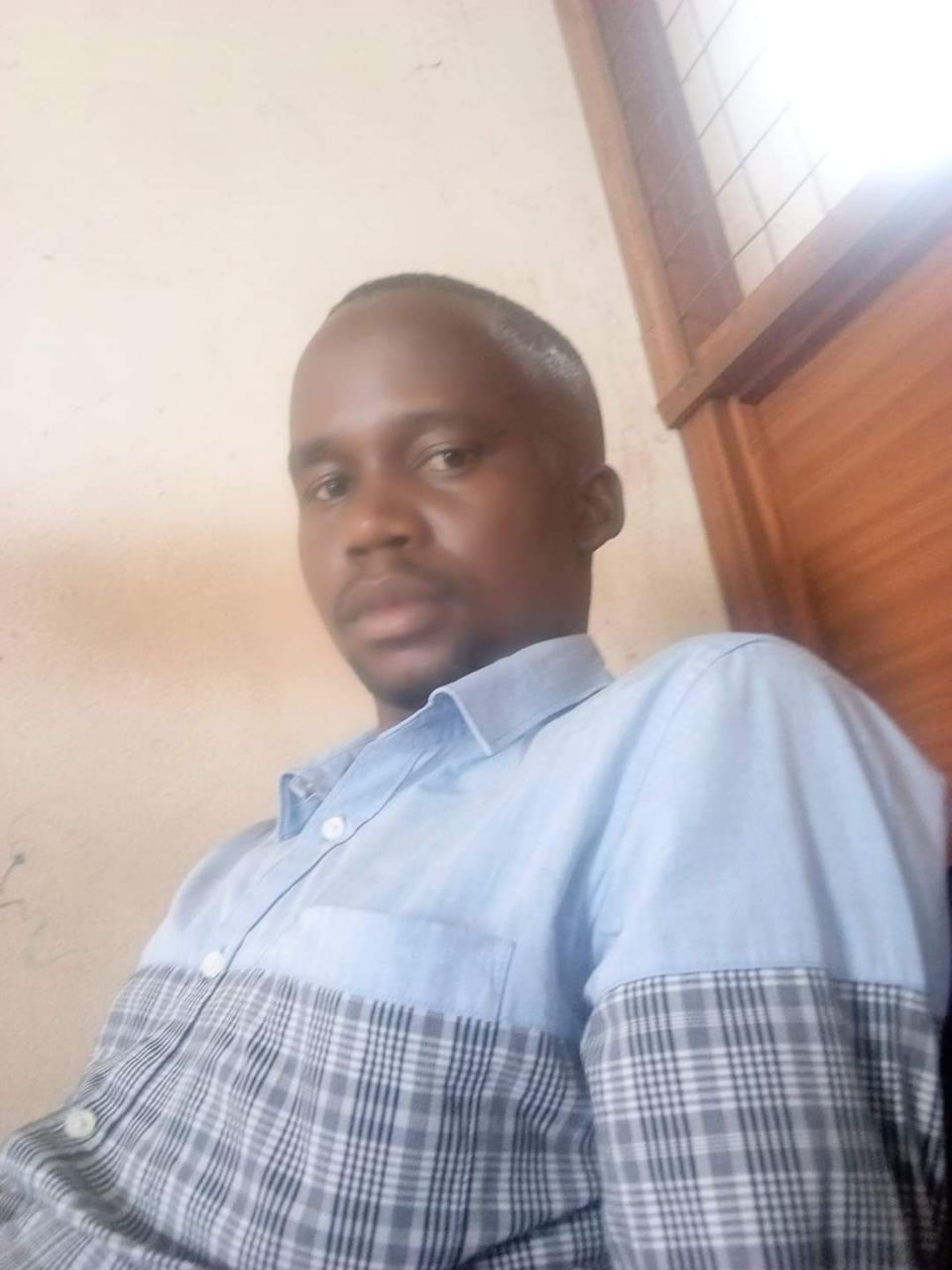 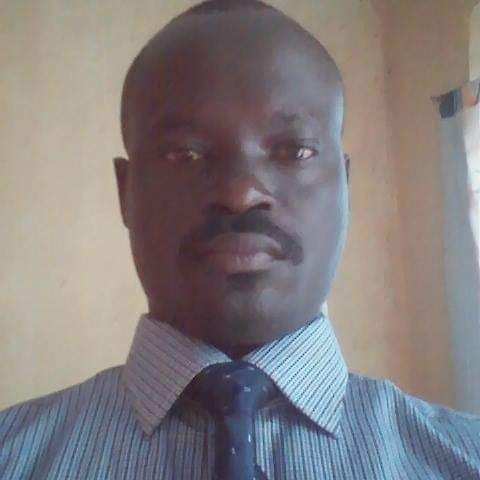 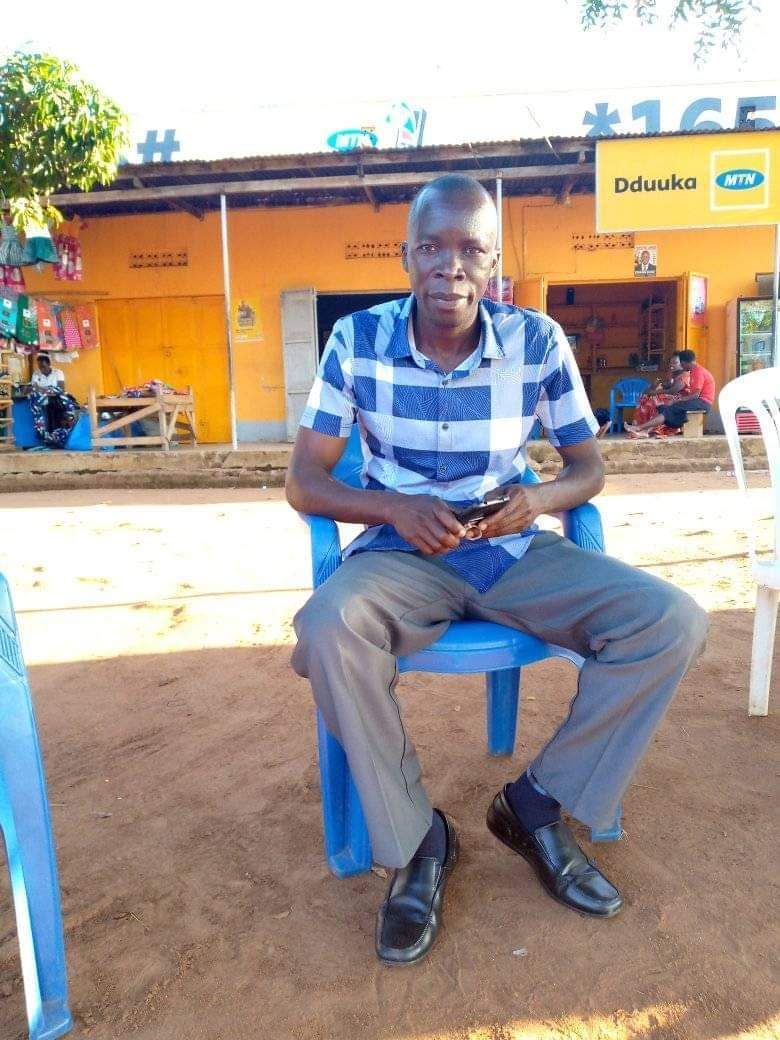 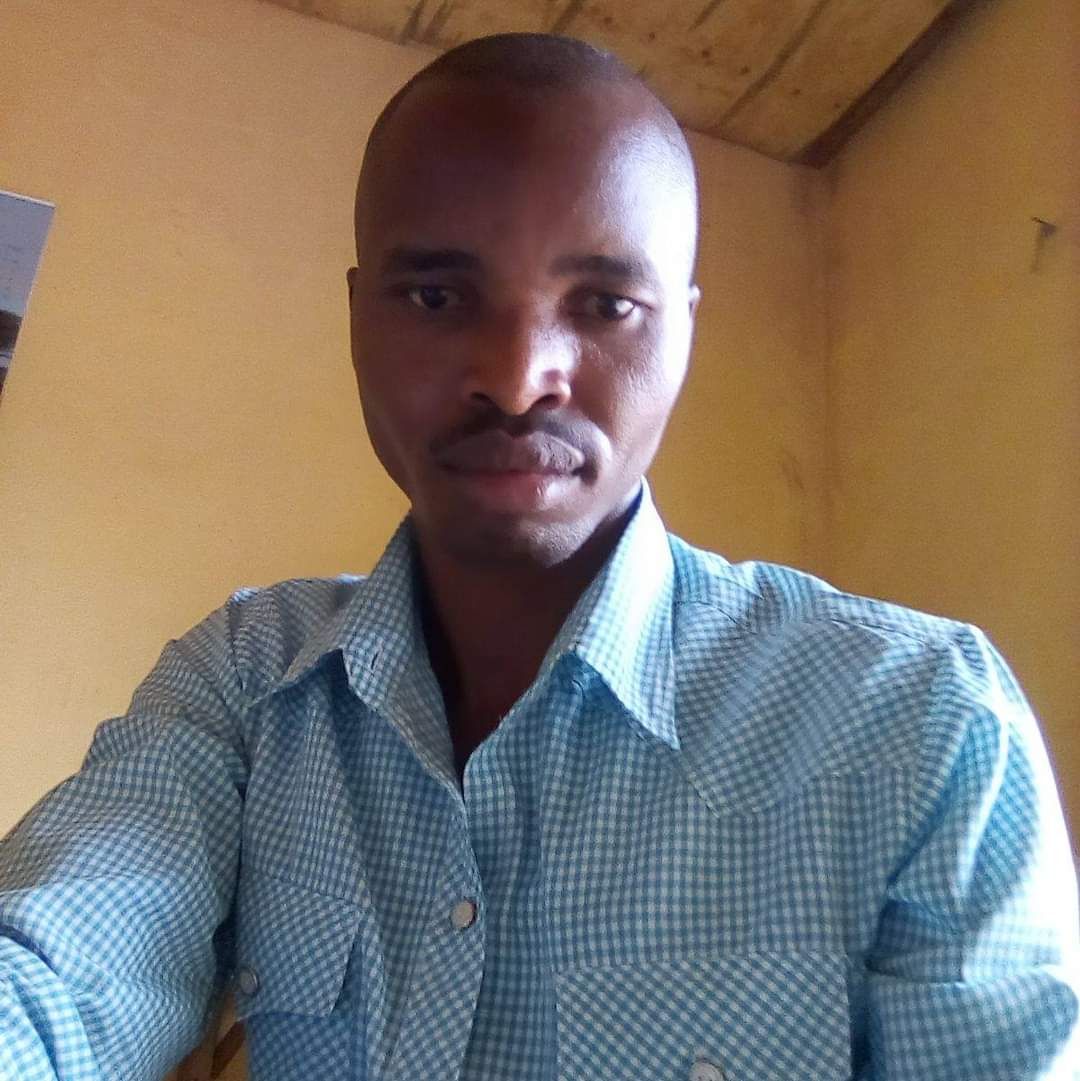 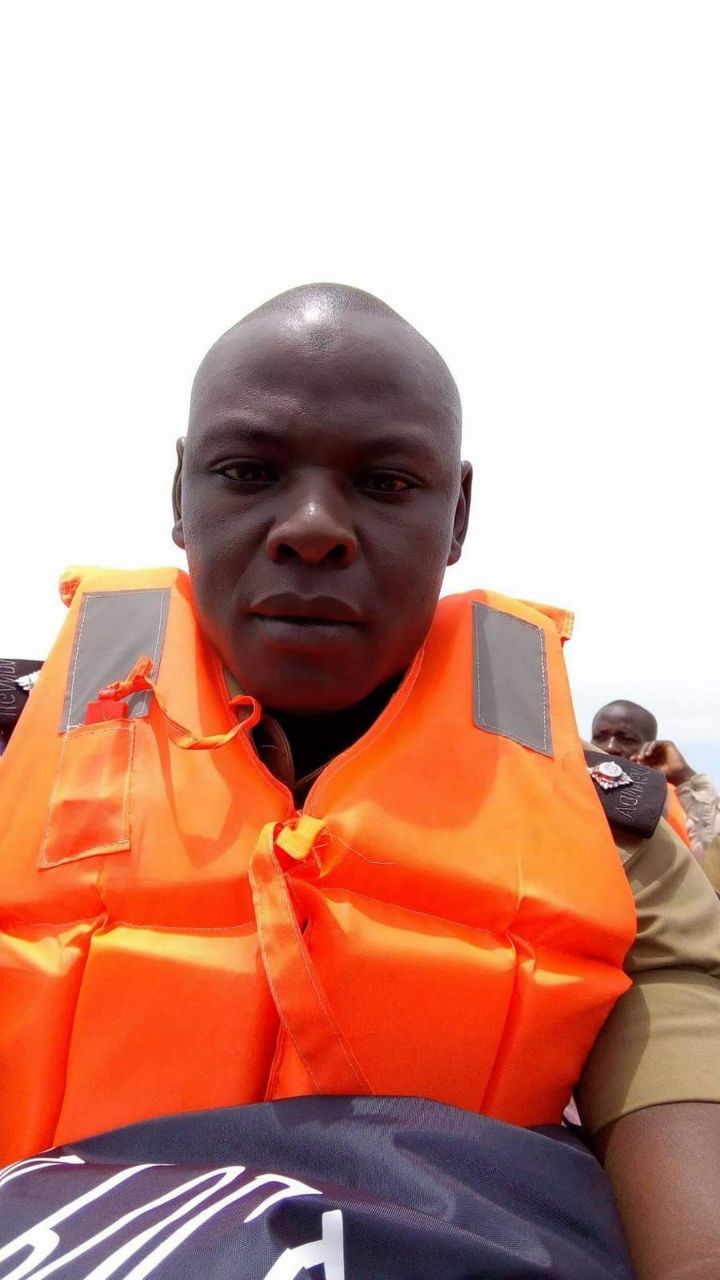 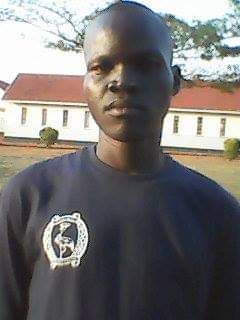 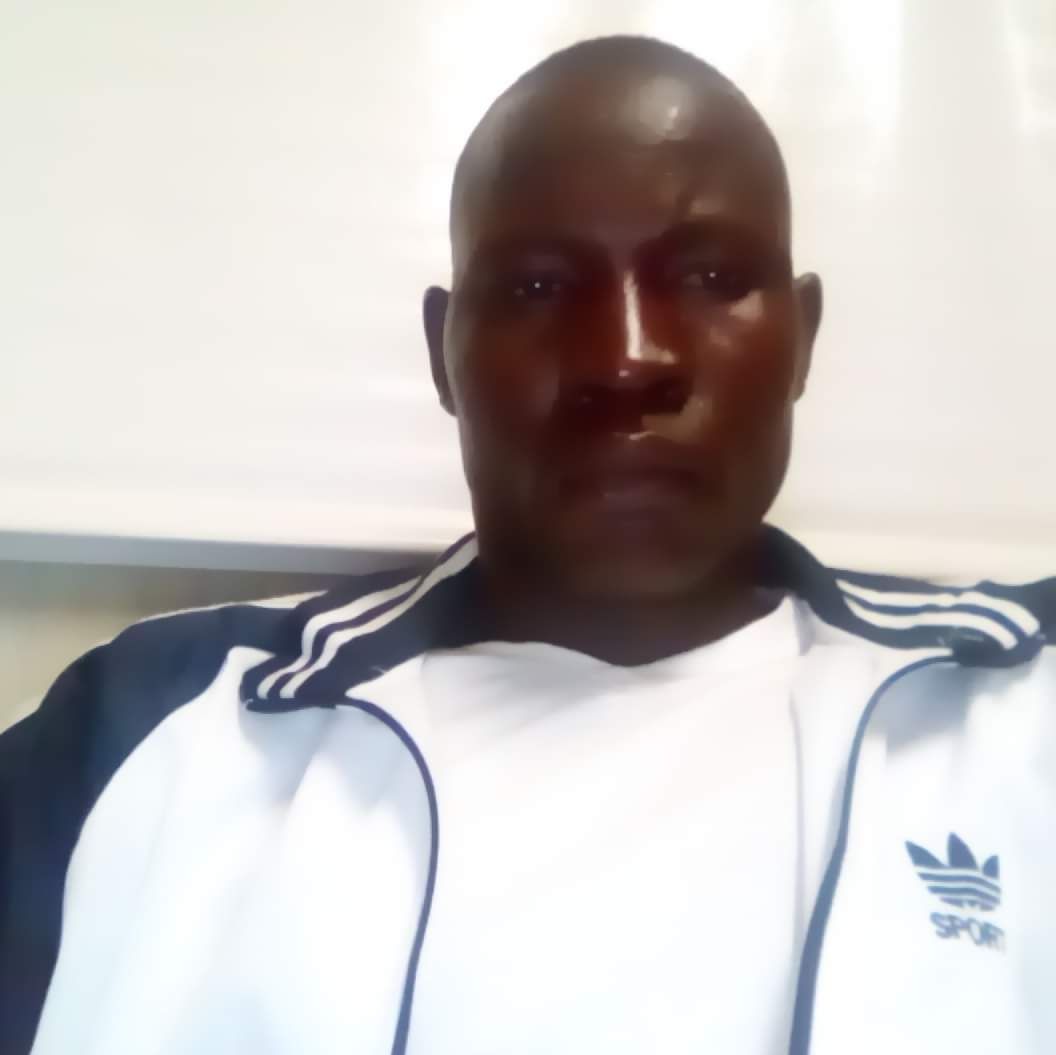 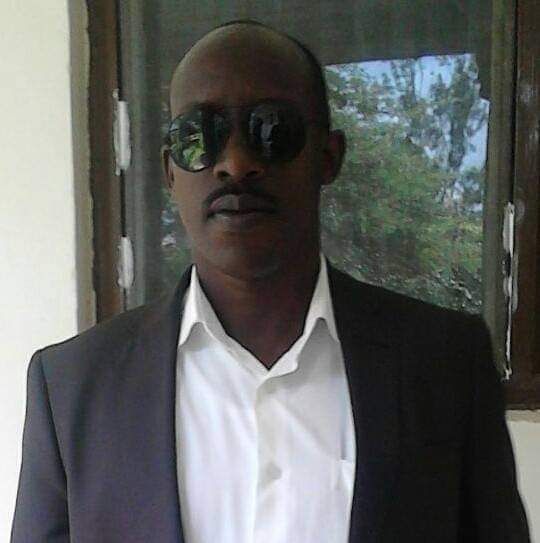 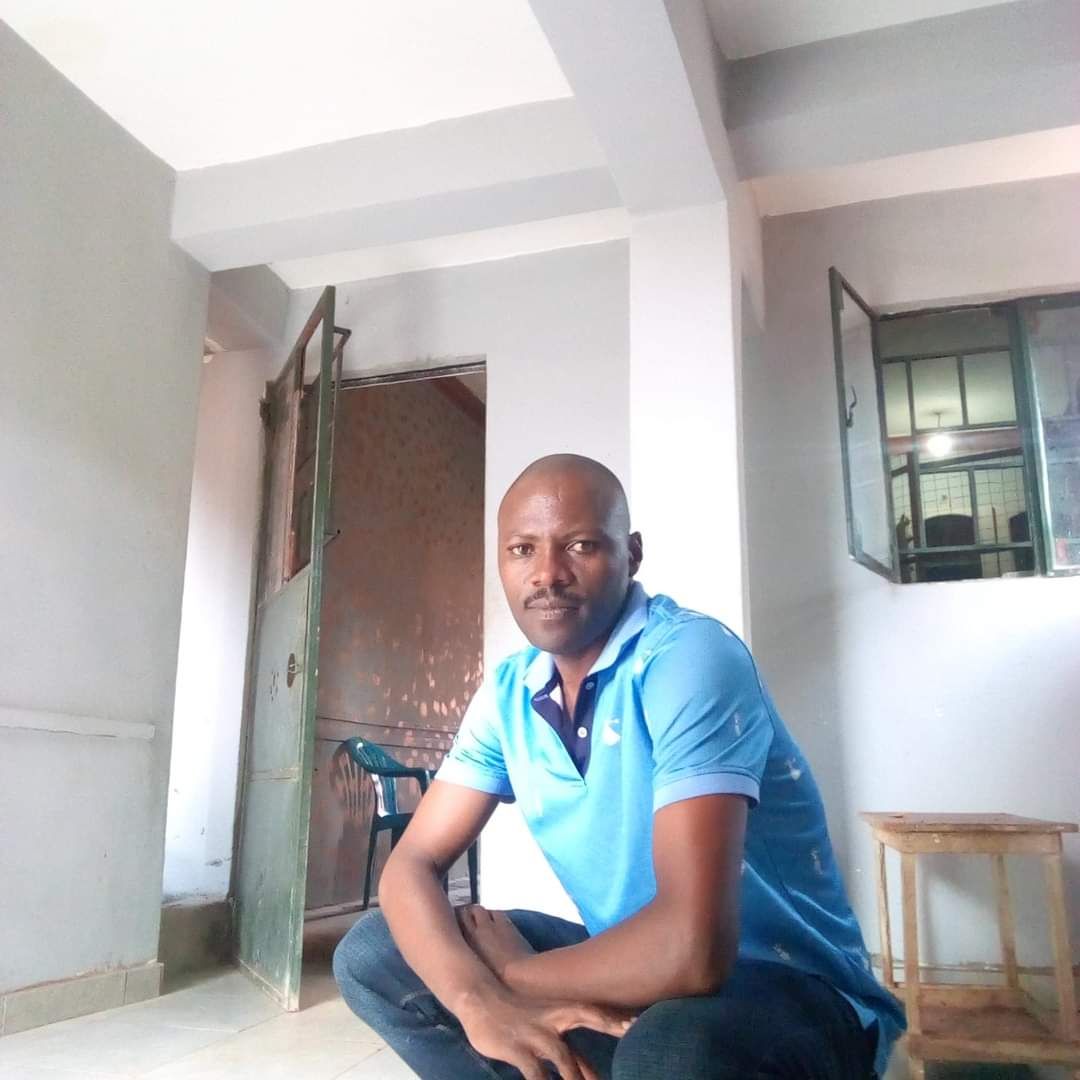 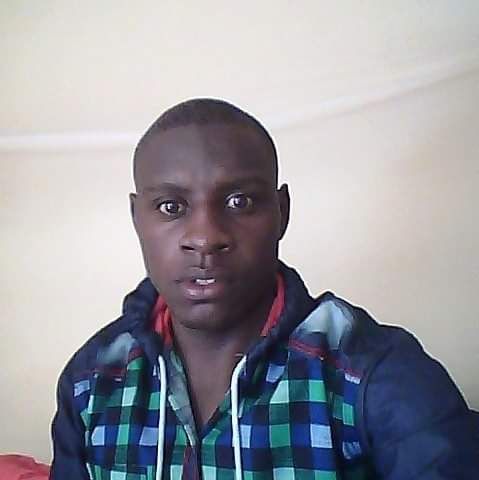 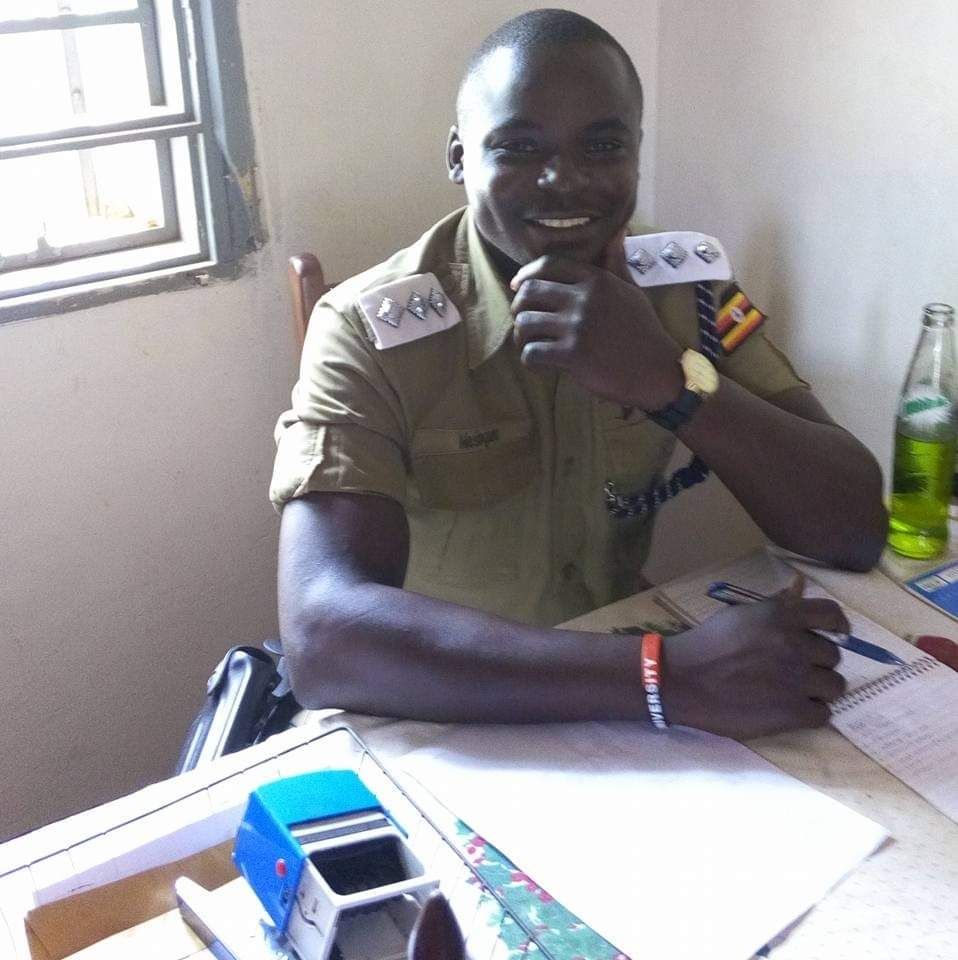 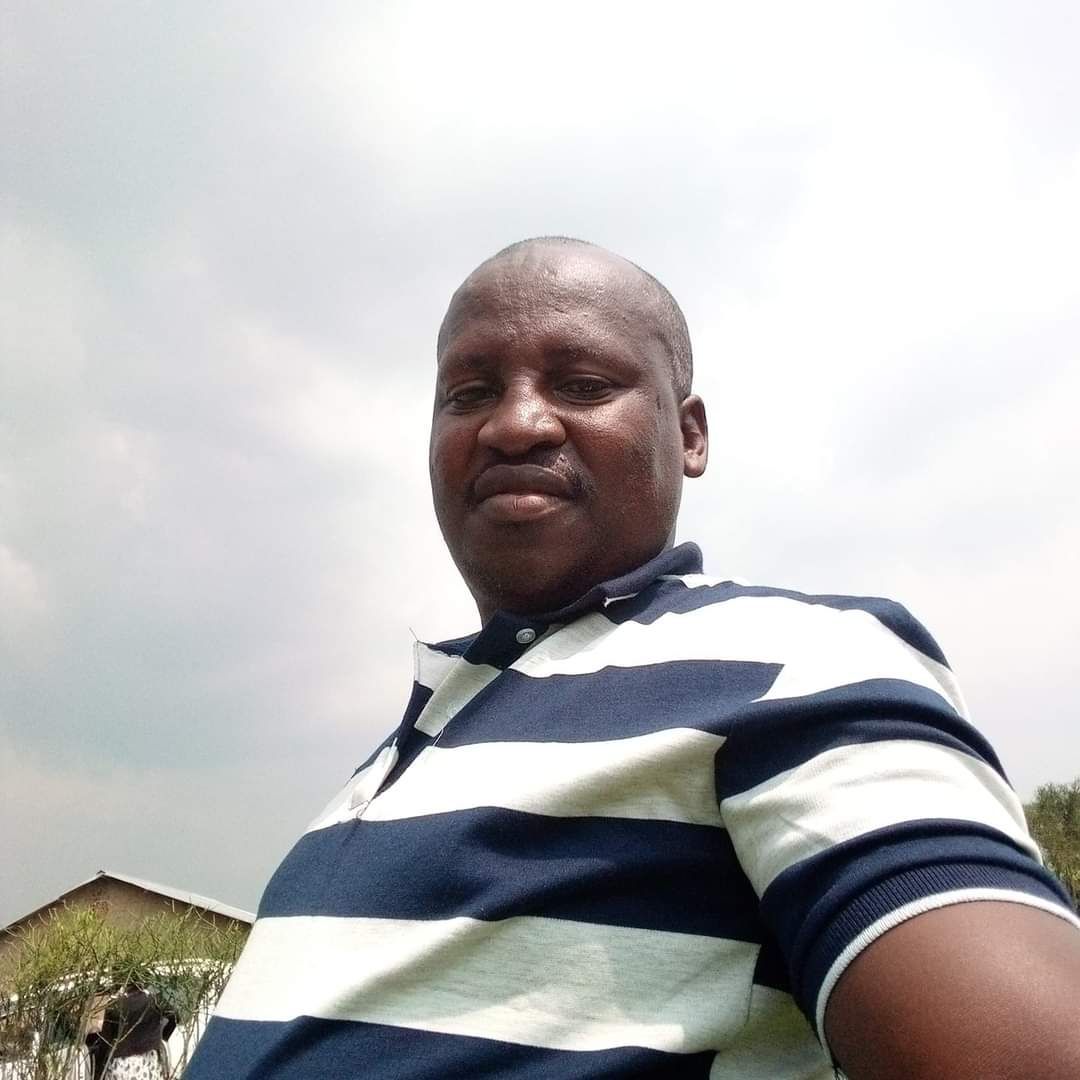 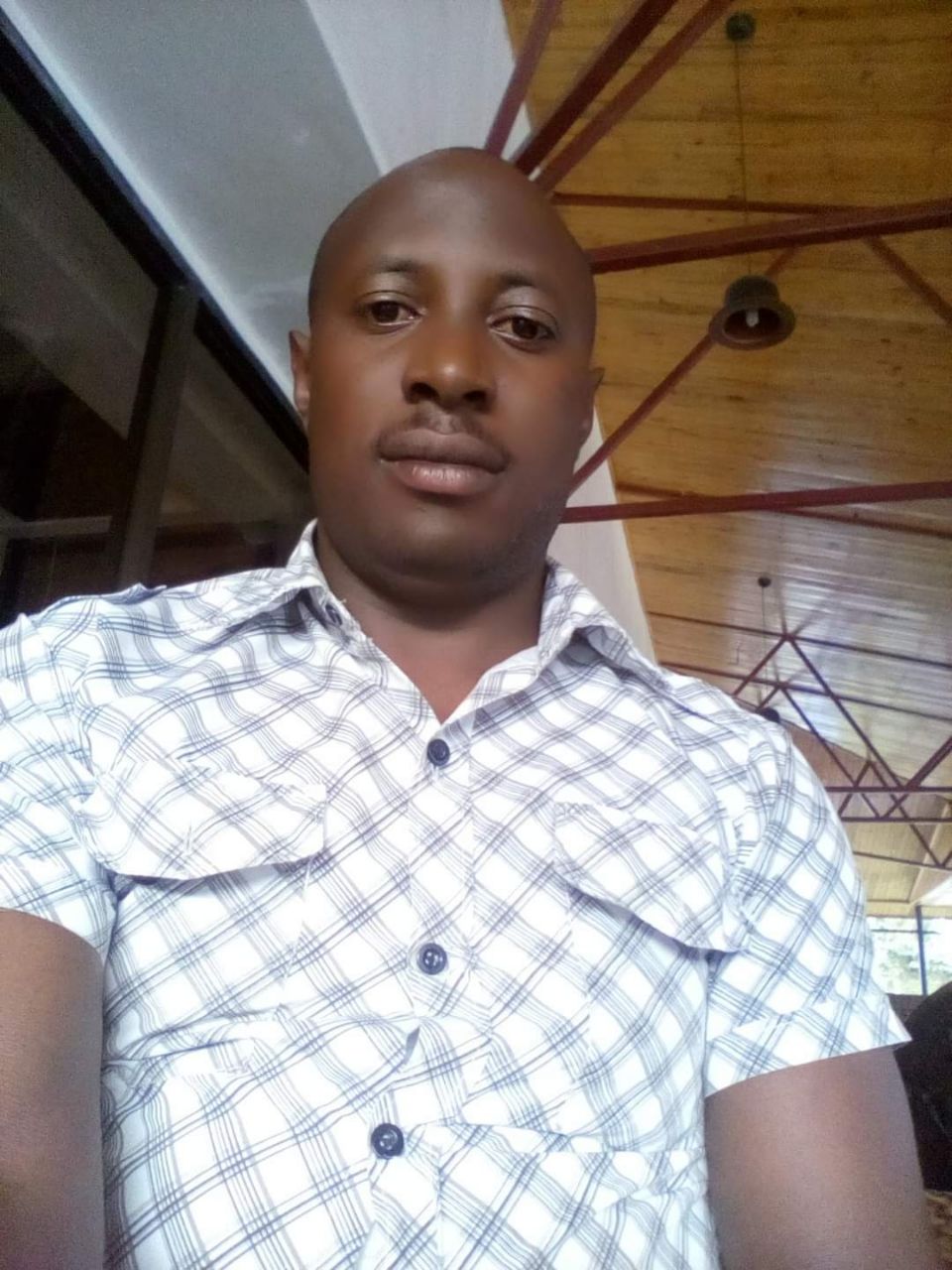 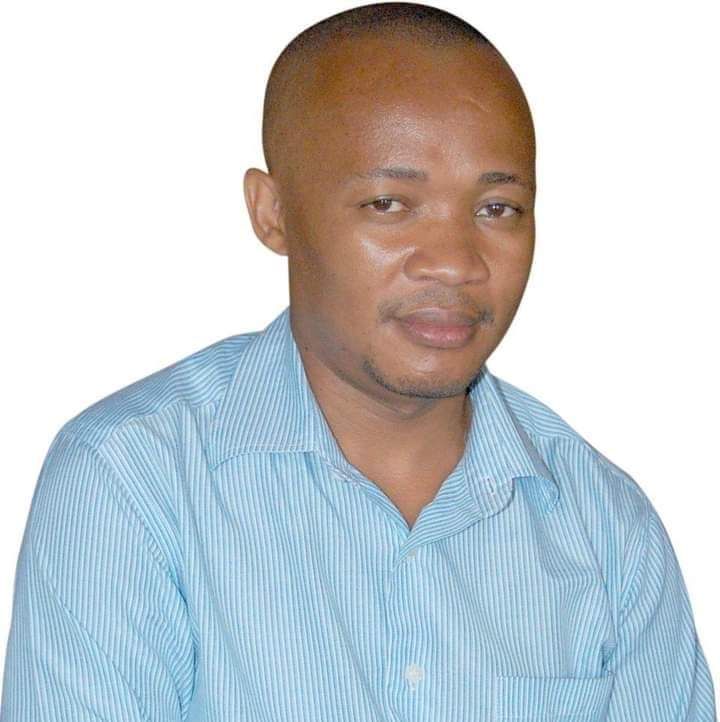 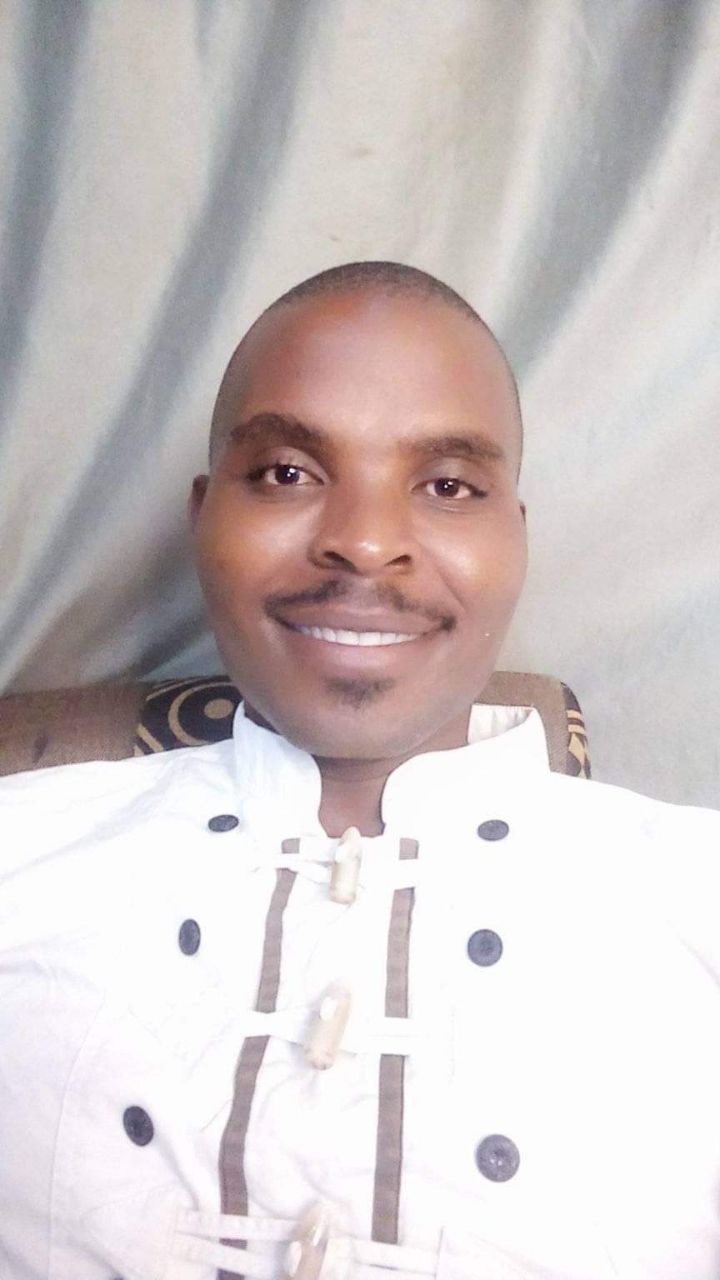 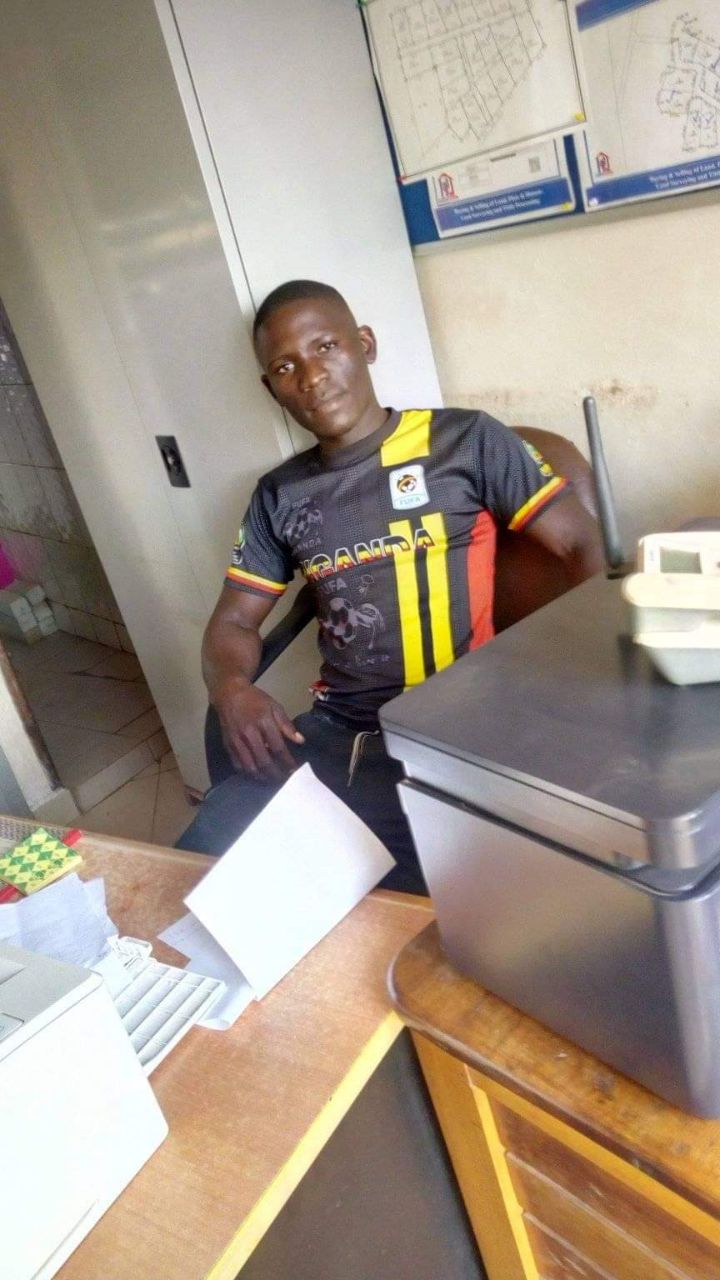 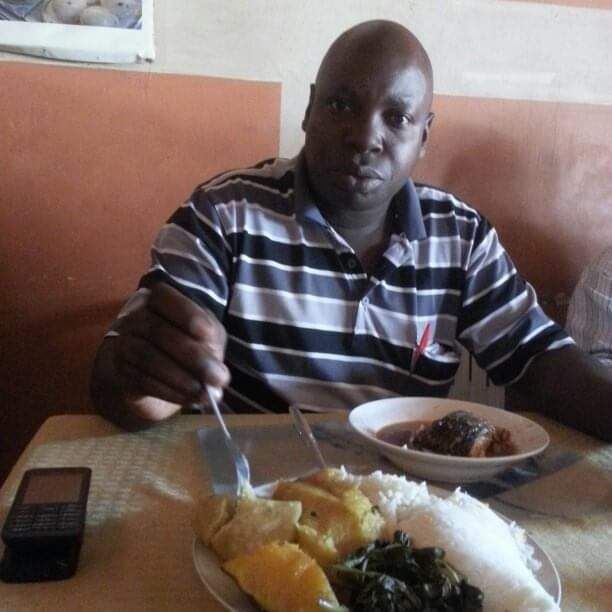 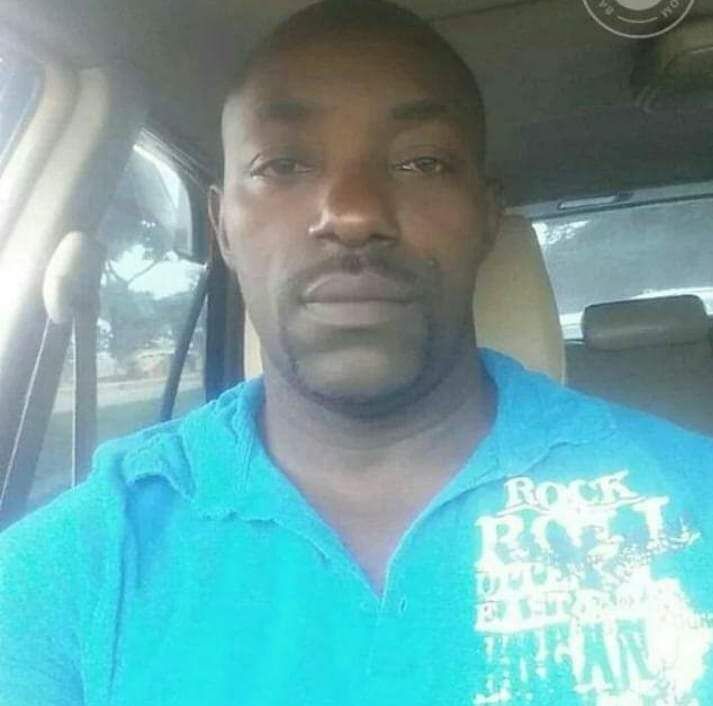 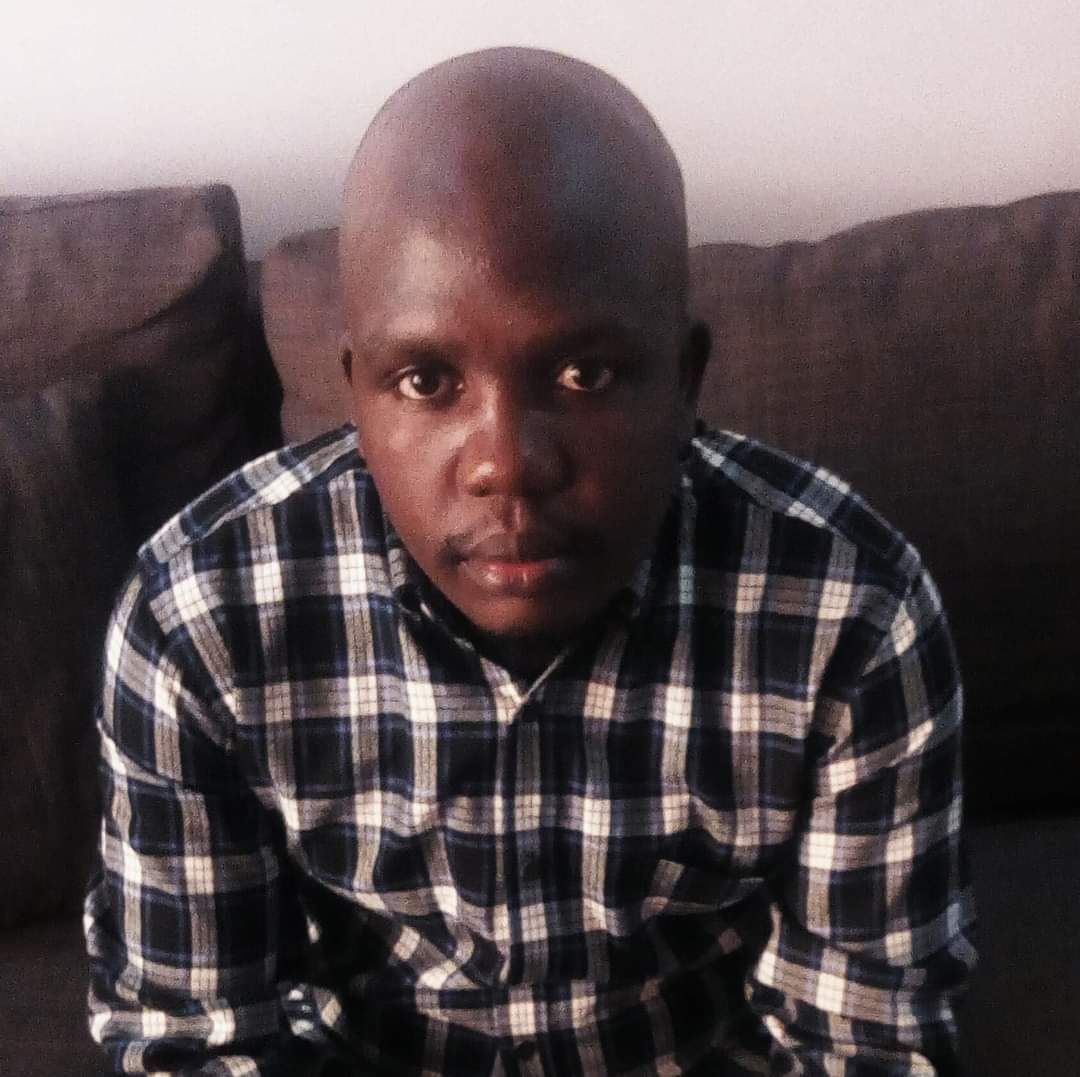 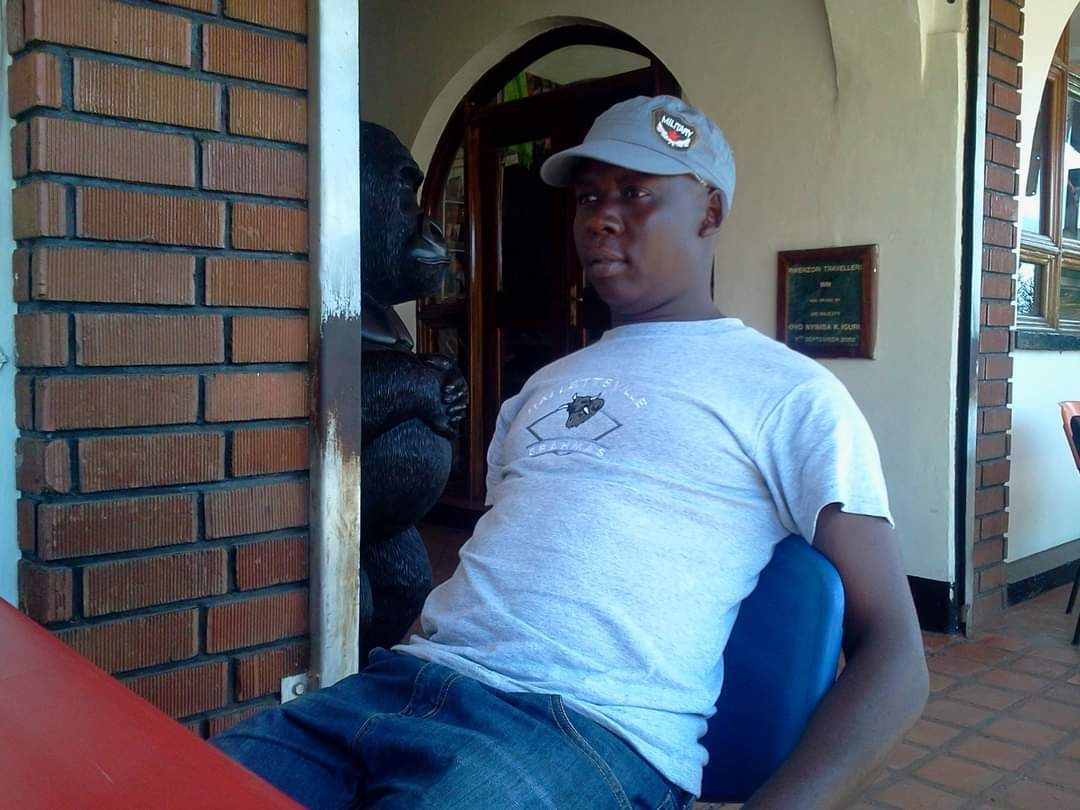 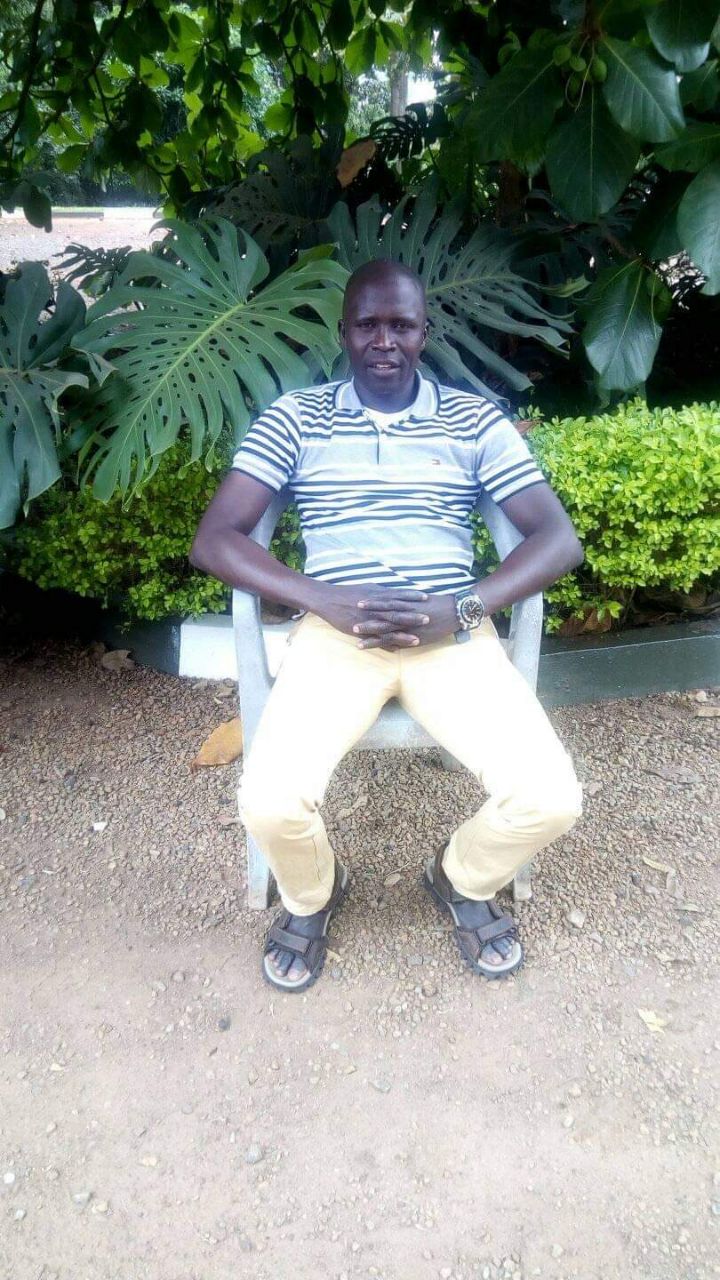 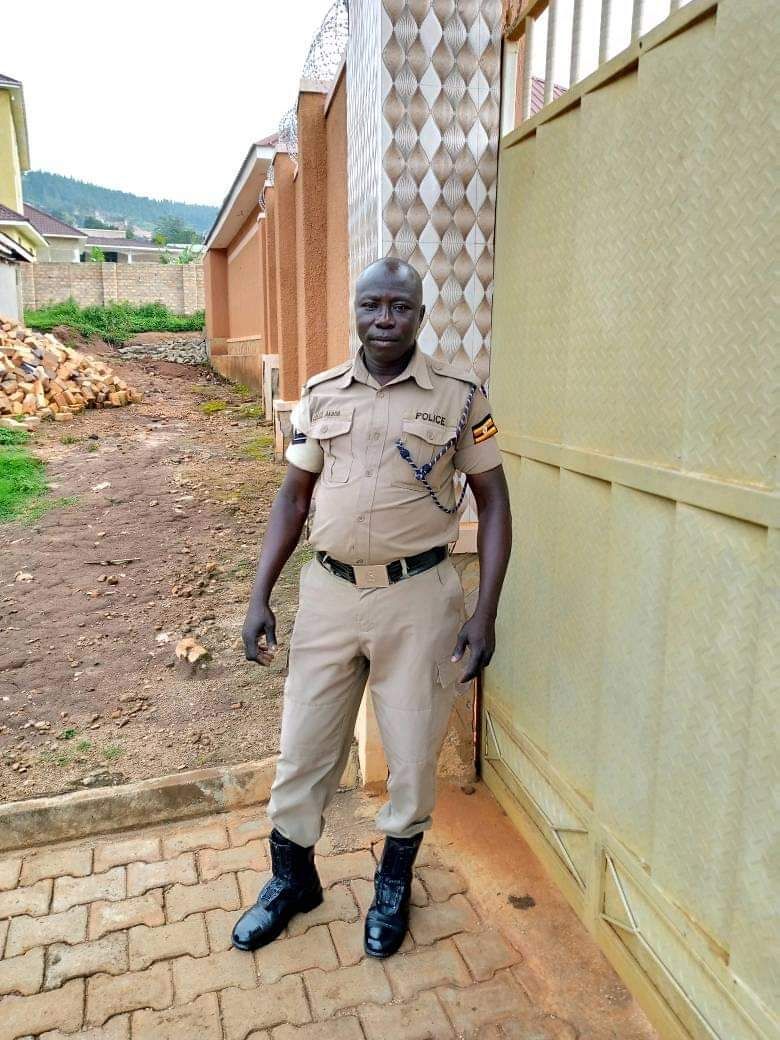 We are giving you these pictures in full definition for easy identification. All these MUST be charged for torture and murder and MUST be tried, sentenced to death, and killed in a public arena. This is NOT debatable at all. UFDF has no room for human rights abusers!

Be informed that young girls have been sexually abused in worst-case scenarios. Unimaginable things have happened to these brave young mothers. There is a safe house supervised by Muhoozi Kainesatani (the rapist) himself in Lunyo Entebbe. A one twenty-six-year-old Nansikombi Mary Gorret was delivered there from Kalangala with two other girls namely: Nansubuga Martha and Nambatya Edith. The two, after being gang-raped surrendered after being told that all the men who raped them were HIV positive. They, therefore, had just 72hours to start medication (PEP) to prevent them from the HIV infection. The pair agreed to be released on condition that they would be reporting to SFC agents all information about Bobi Wine’s plan B.

The duo was taken to Entebbe Grade B hospital for treatment and later, were released after meeting with Muhoozi Kainerugaba who gave UGX5 million to each. Nansikombi remained alone and indeed, the gang rape incidences continued daily. On 18th January 2021, a commando unit operative code name “Lab Tech” entered Nansikombi’s cell with four other operatives. She had been starved for three days. ‘Lab Tech’ came along with a wooden box and other implements in a small briefcase. The four operatives carried with them a small metallic bed.

Nansikombi was stripped naked, hands and legs tied apart on the metallic bed stands. She was left helpless for 10 minutes before two other operatives came with buckets full of solid ice. They poured several blocks of ice inside the wooden box and other blocks of ice were spread around Nansikombi. A few minutes later, the two mice in the wooden box were struggling to evade the cold. The eyewitness confirmed that these mice had been starved for a significant period.

Shortly, ‘Lab Tech’ using a pair of tongs picked out one mouse and placed it around the thighs of Nansikombi. Uncomfortably cold and desperately seeking for warmth, the mouse swiftly struggled until it fully entered Nansikombi’s genitals. She reacted with extreme pain. The cold starved mouse did not only seek warmth but also food. Immediately, another mouse was released. It did the same. Within two minutes of extreme screaming and pain, Nansikombi was bleeding profusely and within 15minutes, she was unconscious and later dead. Her body was sliced and dropped in the lake the same day.

We have captured 24 such incidences. The situation is dire. We thank our publishers who carefully release information to the public. Below are some of the kidnapped who are held incommunicado. The total in thousands this is just the tip of the ice bag. 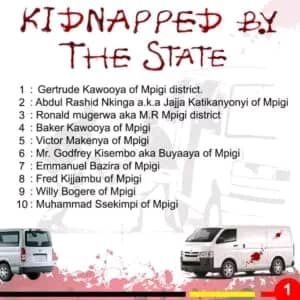 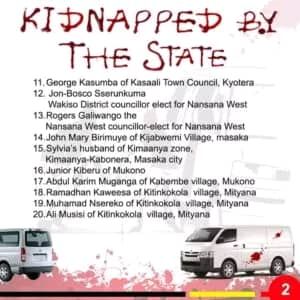 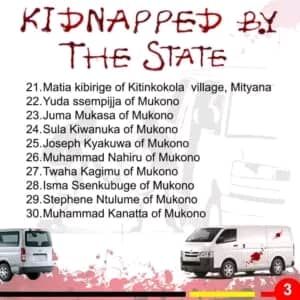 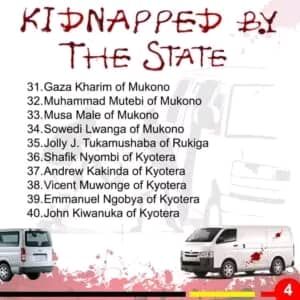 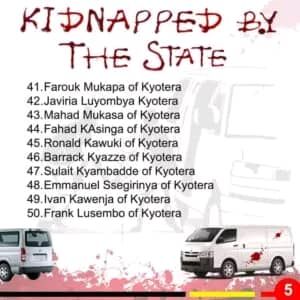 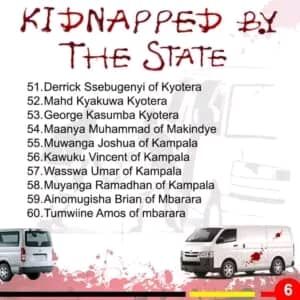 The realities behind these kidnaps are mainly based to instill fear in the mass and defuse opposition elements by reciprocating the same ‘panda-Gali’ modus operandi which was the major role played by the Rwandese- Tutsi outfit at the State Research Bureau at Nakasero in the 1970s. The irrational abductions and kidnaps become a justification of the occupation by the same establishment, the dictator didn’t only sanction the operations but also ensured they are executed successfuly thus reinstating his psychopath son, Kainesatani to command them under special operations command.

We have always told you that, Uganda is no longer alone! We are part of a global village and anything that happens here, affects everyone here and elsewhere. Museveni can dupe his own puppets and bootlickers but no one else outside that awkward docket. The EU, Commonwealth, the US, and allies are all together in this. It is, therefore, not business as usual!

We told you about the end of all the useless idiots; they are about to scream poverty in and out of their lungs. The establishment now tells them that campaigning is not a job but rather a voluntary task. The only reward to a campaigner is when their candidate wins. Very soon, they will be breathing through the anus and belching bog through the mouth. Watch the space…

As we wish Ugandans well, we would like to inform you that the dictator and his evil outfit dubbed Bahima Century Dynasty (BCD) are falling and nothing can stop the falling. The dictator is fully aware and when letters to the Chinese and Russians from the dictator leaked; the US Navy came around too soon to tell off these Chinese and Russians that the Great Lakes is the responsibility of the US. The US is ready to tame the situation as soon as we take out this useless dictator.

Even when the NO-FLY ZONE becomes an option, we are certainly sure that no one will interfere with the necessities of seeing the Devil go deep down the chambers of hell. There is no time at all. Prepare to celebrate as we dig a mass grave to bury NRM, NRA, and BCD to their permanent end! If you still support the rule of Museveni, you are a dinosaur that has not opened the email telling you that you are extinct! You belong to the dead past!

Fellow Ugandans, Victory is on our side and freedom is coming soon. Worry not, it is not your journey, its ours. You have played the game dictator Museveni wanted you to play! You have surprised him because you have outplayed Museveni hands down! He is a naked zombie!

You have maliced and sliced the army court, NUP and the youth have turned Gen Andrew Gutti into a clown, a maniac, and bog! The court-martial is now a political playfield which is muddy, smelly, and an entertainment theatre where army generals act the Mr. Bean character.

On the other hand, the civilian courts have remained with some integrity unfortunately the top judges are Museveni’s footstools and toilet seats. They need help from the civilians to be liberated as well. Uganda Federal Democratic Front is at it!

FOR GOD AND MY COUNTRY

35yrs of oppression is enough – Let’s get ready for a Revolutionary fight to free our Country- our People and Our Land.