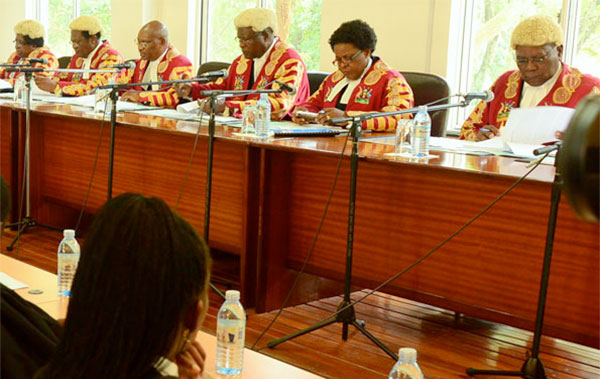 In the 1980s, this is how Gen. Museveni and the NRA described the judiciary under President Obote:

“In a fascist regime the judiciary is only a manipulated tool for dictators to carry out their despotic will; the judicial service only serves the purpose of giving the fascist regime a technical semblance of legality in its operations; the weakest and most compromised men are appointed to key positions in the judicial service because of their willingness to bend the laws according to the dictates of the fascist regime; any men of integrity and professional standing found on the bench are harassed and humiliated, summarily dismissed or demoted and their amenities withdrawn to break their firmness and force them to submit to the dictates of the regime.

Meanwhile Obote continued packing the bench with his sycophants and relations. He has for instance, reappointed one Oteng to the bench, in spite of the fact that he had been discontinued by the Judicial Service Commission for incompetence, unfitness and general misconduct. An attempt was made to kill Mr. Justice Frank Sekandi. Prominent members of the legal profession have been either killed, detained or generally harassed.The Uganda Law Society has been completely silenced.” Mission to Freedom, Uganda Resistance News, 1981-1985, Pages 52-54

To say that we have come full circle is an understatement😝