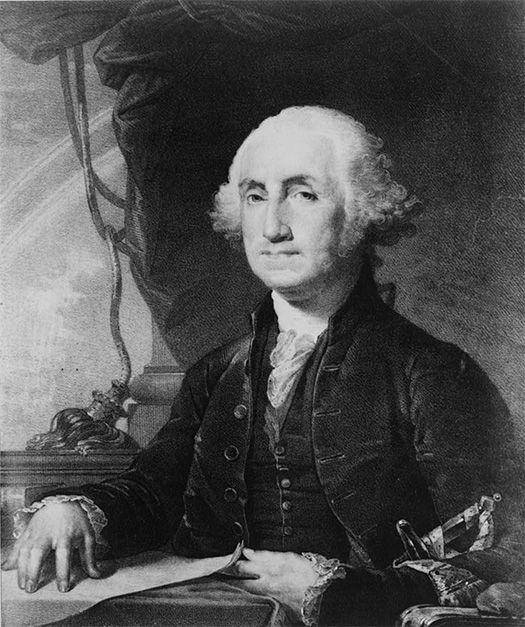 How do we really know when George Washington was born? Tobias Lear, Washington’s secretary and close friend, gave the world a clue. Lear lived with George and Martha Washington at Mt. Vernon, and he helped the Revolutionary War general organize his papers. On February 14, 1790, Lear wrote that the president’s “birth day” was on the 11th of February Old Style, referring to the Julian Calendar. Washington was born twenty years prior to the 1752 introduction of the Gregorian Calendar (intended to more accurately reflect a solar year). When the Julian Calendar was “corrected” to the Gregorian Calendar, February 11 became February 22. 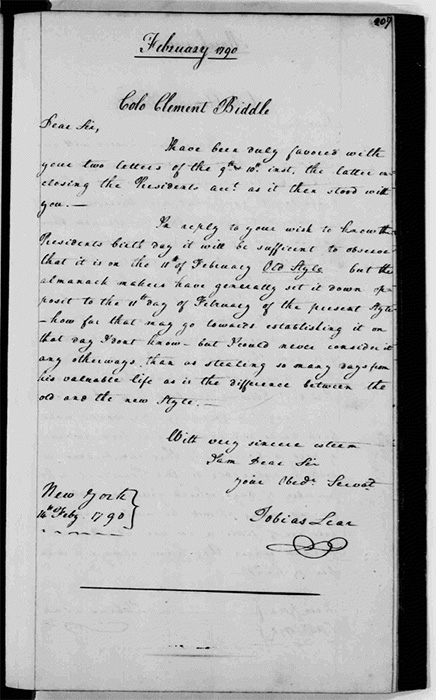 George Washington was born in Westmoreland County, Virginia. When his father died in 1743, young George was sent to live with relatives first at Ferry Farm and later at Mt. Vernon, the estate of his elder half-brother Lawrence. The first president of the United States was self-educated, privately tutored, and homeschooled by his father and his brother Lawrence for eight years. This constituted his “formal” schooling.

A county surveyor and colonial activist, he later became a delegate to the Continental Congress and was commissioned as commander-in-chief of revolutionary America’s armed forces, a position that John Hancock had hoped to assume. George Washington was elected president of the United States in 1789 and reelected in 1792. His expanded remarks, after taking the oath of office in 1793 set a precedent for future presidential inaugural addresses. 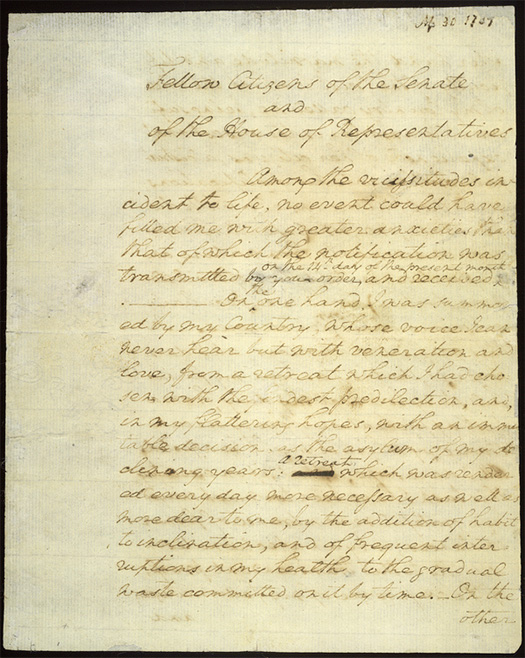 A copy of Washington’s First Inaugural Address is available in the George Washington Papers where it can be viewed along side a transcript of the speech.

Letters were an important form of communication in eighteenth-century America. So important were they that individuals like George Washington kept letterbooks, large bound volumes used to retain copies of incoming and outgoing correspondence. In this letter to the Continental Congress, General Washington reports on the Battle of Brandywine. It is one example of Washington’s voluminous correspondence. The Introduction to the Index to the George Washington Papers, describes their provenance and publication history.

Tomorrow is Your Excellency’s birthday anniversary, I propose to celebrate it, in a great ball which I give on that account.

What kind of dances did the guests enjoy at Washington’s birthday ball? To form an idea of the type of dance that was performed during the American colonial period, see the essays on baroque and late eighteenth-century social dance in the special presentation on the history of dance accompanying An American Ballroom Companion: Dance Instruction Manuals, ca. 1490 to 1920.

Guests at Rochambeau’s ball would have been familiar with French, Italian, and English masters of social dance. Included in the collection are eighteenth-century dance manuals in these languages, such as Alexis Bacquoy-Guédon’s Méthode pour Exercer l’Oreille (1785), Gennaro Magri’s Trattato Teorico-prattico di Ballo (1779), and an anonymous English manual, The Gentleman & Lady’s Companion (1798). By the 1790s, Americans such as M. J. C. Fraisier and Asa Willcox were publishing their own collections of dances.

Learn More
In honor of George Washington’s birthday in 1998, the Manuscript Division of the Library of Congress first made available online the George Washington Papers. This collection of 152,000 images includes letterbooks, military papers, financial papers, and more. View its Timeline to learn more about Washington’s life and enjoy some of the highlights of the collection.
Search Today in History on George Washington to learn about more events in his life occurring on these dates: March 24, June 4, August 4, August 17, December 14, and December 23.
Search Today in History on First Lady to retrieve information on a number of the nation’s first ladies, including Martha Dandridge Custis Washington.
Search on Mount Vernon in the Horydczak Collection to see about 100 images, some in color, of Washington’s Virginia estate, which is also the site of his tomb.
Search on George Washington in the James Madison Papers, 1723 to 1859 for correspondence between the two presidents. Similarly, the Thomas Jefferson Papers, 1606 to 1827 yields correspondence between the two presidents, Jefferson’s notes on conversations with Washington, and much more.
View A Guide to the American Revolution, 1763-1783 for links to digital materials related to the American Revolution available throughout the Library of Congress Web site as well as some external sites.
Search on George Washington in the interpretive texts of France in America, a bilingual digital library collaboration with the Bibliothèque nationale de France, for more information on the future president.

DRC: Truck Spills Acid on Bus Near Glencore Mine in Congo Killing 18