Pakistan Shoots Down Two Indian Aircraft Inside its Airspace – Reports

Pakistan’s Foreign Ministry has confirmed airstrikes across the Kashmir line of control shortly after media reports, citing Indian officials, said that at least three Pakistan’s combat aircraft had entered the airspace over the Indian part of the disputed region.
According to AFP, citing sources and local media, Pakistan’s fighter jets were forced back over the de facto border of the disputed territory after the violation of the airspace.


New Delhi has yet to officially comment on the situation, while Reuters reported, citing an unnamed Indian local official that the Pakistani warplanes intruded over the Bimber Gali- Noushera sector at the Line of Control, a ceasefire line that serves as the de facto border in the disputed Kashmir region.

The statement comes just a day after India carried out an aerial operation, targeting a camp of the Jaish-e-Mohammad terrorist group, which claimed responsibility for the deadly terrorist attack against the Indian security convoy on February 14. The camp was situated in the Pakistani-controlled part of the Kashmir region, while Islamabad accused New Delhi of violating its airspace.

While India stressed that it conducted the raid due to “Pakistan’s inability to take action to destroy terrorist infrastructure,” the Pakistani National Security Council reportedly rejected the claims that the airstrike targeted terrorists. At the same time, Pakistan’s Foreign Ministry stated that it considers the Indian move as an “act of aggression,” which threatens regional security and vowed response. 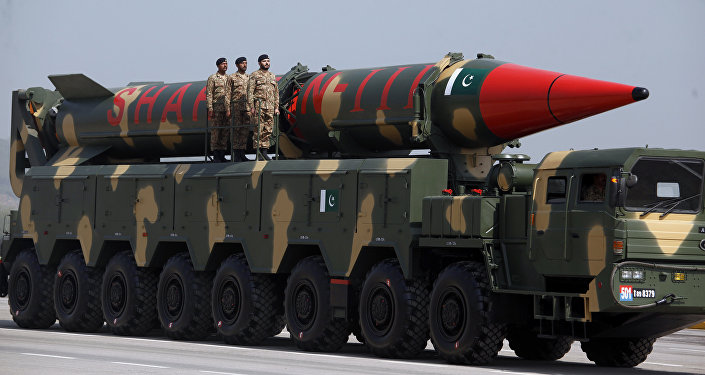 After February’s terrorist attack, which killed 45 Indian paramilitary officers, the traditionally strained relations between India and Pakistan deteriorated even further as India blamed Pakistan for harboring the terrorists responsible for the attack and accused Islamabad of having a “direct hand” in the incident.


Pakistan in turn, rejected the allegations of its involvement in the attack and said that this was India’s strategy to divert international attention from alleged human rights violations in the Kashmir region.
DETAILS TO FOLLOW
Tags: world news
ShareSendTweetShare