Duke and Duchess of Sussex: Harry and Meghan arrive in Morocco

By BBC
The Duke and Duchess of Sussex have arrived in Morocco for their first official visit to north Africa.

The royal couple’s three-day trip is aimed at strengthening the UK’s links with Morocco – which is one of the few stable countries in the region.

Their visit will also focus on gender equality, with the pair discussing Morocco’s attitudes towards women with British ambassador Thomas Reilly.

Mr Reilly said the issue is “close to their royal highnesses’ hearts”.

Prince Harry, 34, and Meghan, 37, touched down in Casablanca airport on Saturday evening, although flight delays meant they were two hours late for their welcoming ceremony.

They entered the airport’s royal suite where they were offered the traditional welcome of milk and dates. 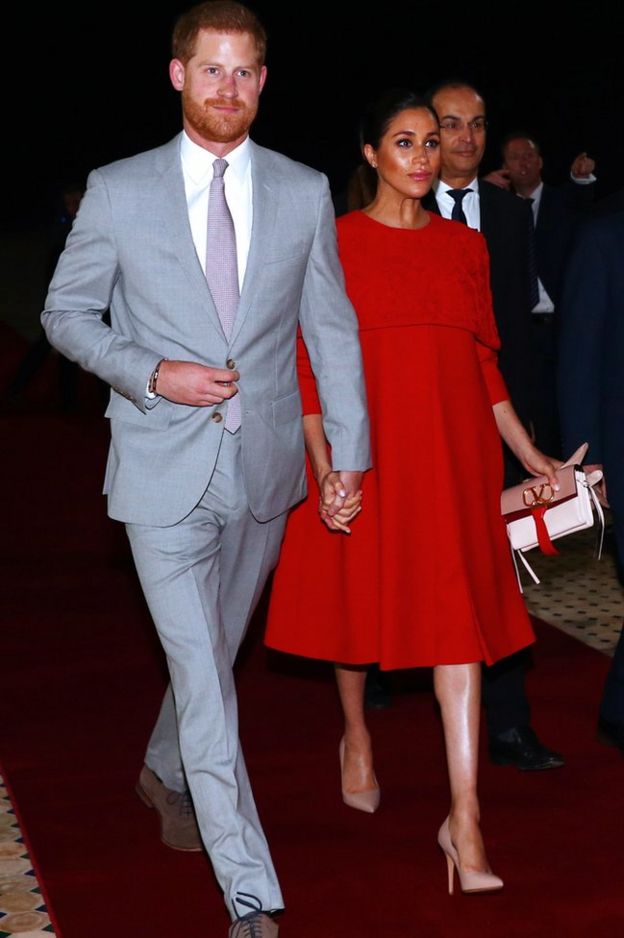 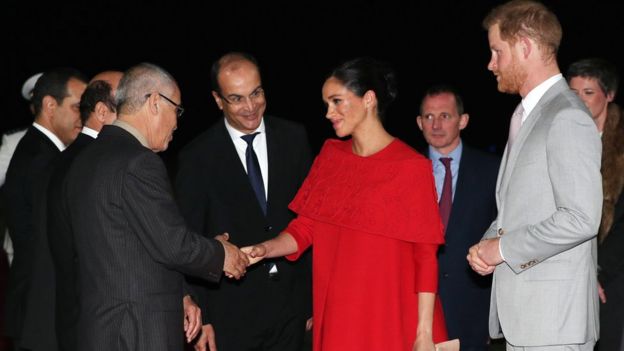 Black limousines then took the duke and duchess – plus their entourage of nine, including a hairdresser – to meet Morocco’s Crown Prince Moulay Hassan.

The couple are staying with Morocco’s King Mohammed VI at a royal residence. 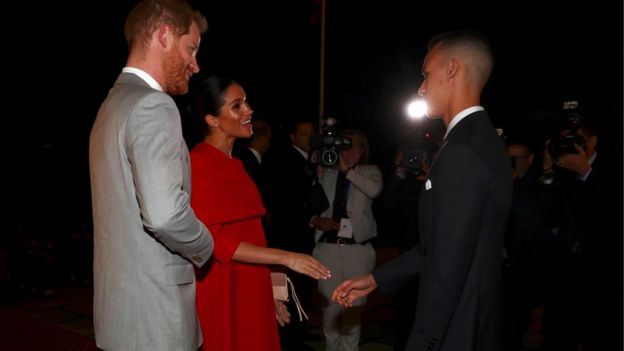 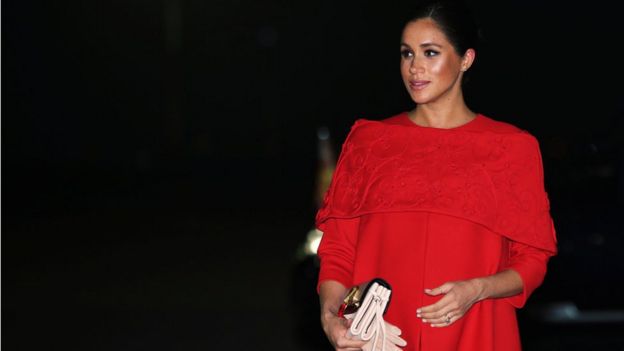 Image copyrightREUTERSImage captionThe duchess is pregnant, with the baby due around the end of April or early May

During their visit to Morocco – which will be an important market for the UK after Brexit – the pair will visit the famous Atlas Mountains and the country’s capital, Rabat.

They will see a girls’ education project, meet young social entrepreneurs and visit programmes working with children with disabilities and those with mental health problems.

“When we began planning for this visit, I had a very clear view in my mind of the story we wanted this visit to tell. It’s the same story we’ve been telling consistently at this embassy for the last 20 months since my arrival here.

“This official visit by the Duke and Duchess of Sussex will highlight Morocco’s focus on women’s empowerment, girls’ education, inclusivity and the encouragement of social entrepreneurship.”

A Kensington Palace spokeswoman said the duke and duchess were “very much looking forward to the visit” and were “particularly pleased” they will be able to meet so many young Moroccans.

Last year, the royal couple took their first official tour as a married couple with a 16-day royal trip around Australia, New Zealand, Fiji and Tonga.

Meghan is heavily pregnant with the couple’s first child.

They announced the pregnancy in October last year. Meeting crowds in Merseyside in January, the duchess revealed that she does not know the sex of the baby and it is due at the end of April or start of May.

She reportedly travelled to New York earlier this month for her luxury baby shower with her friends, including some celebrities.

UGANDA: IS GEN. TUMUKUNDE IN PRISON OR IN MUSEVENI’S POLITICAL QUARANTINE?