Dozens of migrants dead after boat capsizes off Djibouti: IOM 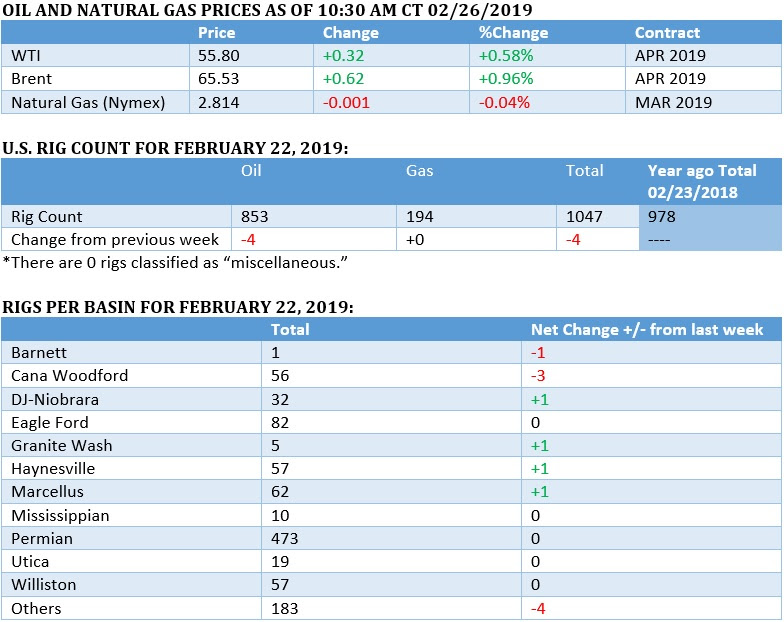 – A decade ago, most oil and gas production came from conventional sources.

– The U.S. EIA just added data coverage for the Mississippian formation, an up-and-coming shale play in Oklahoma within the Anadarko basin. The formation is not necessarily new, but production is on the upswing after the introduction of newer completion techniques.

• Global LNG demand will rise 11 percent this year after increasing by 9 percent in 2018, according to Royal Dutch Shell (NYSE: RDS.A). 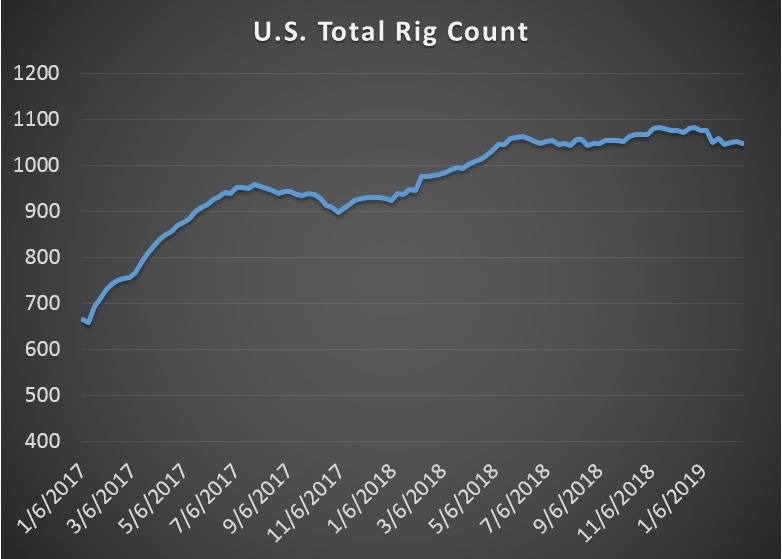 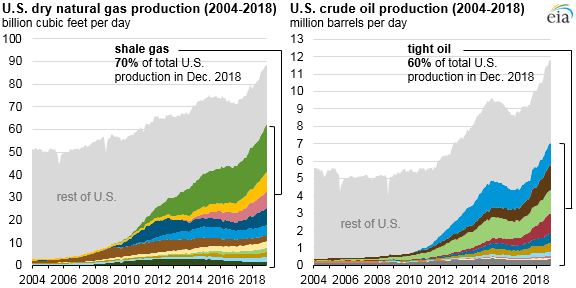 Oil prices fell on Monday but opened up flat on Tuesday, looking to stabilize. President Trump is trying to thread a needle by keeping the U.S. economy from slowing down, while also trying to head off further increases in oil prices.

Trump lowers oil prices. President Trump’s tweets calling on OPEC to lower oil prices may have triggered a price decline on Monday. “His comment that the world is too fragile to take the rising prices is likely to have contributed to the price slump,” Commerzbank wrote in a note. “OPEC is pretty much caught between a rock and a hard place: either it cuts production as agreed, or even more sharply, thereby risking provoking the anger of the US president. Or it allows the oil price to fall back below $60 per barrel given that non-OPEC production, especially in the US, is on the rise.”

Trump delays trade war again. President Trump cited significant progress in his decision to delay the implementation of tariffs on Chinese goods. A comprehensive trade deal remains a very difficult task, but the Trump administration is keen to dial back on the trade war. The development removes, for the time being, one of the greatest bearish factors facing the oil market.

Nigeria slaps oil majors with back taxes. Nigeria has ordered foreign oil companies working in the country to pay nearly $20 billion in back taxes. Royal Dutch Shell (NYSE: RDS.A), Chevron (NYSE: CVX), ExxonMobil (NYSE: XOM), Eni (NYSE: E), Total SA (NYSE: TOT) and Equinor (NYSE: EQNR) were each asked to pay between $2.5 and $5 billion, according to Reuters. Several of the companies said they were reviewing the matter.

Venezuela paying premium for imported fuel. Venezuela has reportedly been forced to pay heavy premiums for fuel imports from Russia and Europe, according to Reuters. The U.S. cut off shipments of diluents to the country, and PDVSA has had to look elsewhere, but has been forced to pay higher prices as many sellers around the world decline to do business with the company.

Venezuelan oil storage filling up. Unable to find enough buyers for its crude oil, Venezuela is reportedly running out of storage space. Bloomberg estimates that more than 8 million barrels of oil are stashed on roughly 16 ships sitting idle along the country’s coast. Some of the joint ventures lowered production at their upgraders this week. For instance, the PDVSA-Rosneft upgrader is not processing heavy crude because of a lack of storage space. So far, data is lacking, but PDVSA will likely suffer from greater upstream production declines as it may have to shut in output.

U.S. announces new sanctions on Venezuela. The possibility that the crisis in Venezuela settles in for a protracted conflict increased after the failed aid delivery over the weekend. The U.S. announced new sanctions – modest ones compared to previous rounds targeting PDVSA – but Venezuela’s foreign minister declared that the “momentum of the coup is over.” Opposition leader Juan Guaidó traveled to Colombia and met with U.S. Vice President Mike Pence, but it is unclear if or when he can return to Venezuela.

Exxon askes SEC to block shareholder vote. ExxonMobil (NYSE: XOM) is trying to block a shareholder proposal that would direct the company to set targets for greenhouse gas emissions reductions. The oil major told the U.S. Securities and Exchange Commission that the shareholder resolution, which could be voted on at the annual meeting in May, is misleading. “Exxon is trying to deny shareholders’ right to vote on a significant climate risk concern,” New York State Comptroller Thomas DiNapoli, who manages the state’s pension fund that is pushing the proposal, told Reuters.

Exxon partners with Microsoft. ExxonMobil (NYSE: XOM) inked a deal with Microsoft (NASDAQ: MSFT) to use cloud-computing technology to analyze reams of data on the oil company’s operations in the Permian.

Energy traders prepared for chaos on threat of hard-Brexit. With only a few weeks to go before the UK officially exits the European Union, and the Brexit plan more muddied than ever, energy traders are starting to make plans for the possibility of a chaotic situation. Because of the links to the continent for natural gas, carbon allowances, and electricity, the ramifications for a no-deal Brexit could be significant.

India launches airstrikes in Pakistan. Indian fighter jets launched airstrikes on what they saw were terrorist camps in Pakistan, raising fears of a geopolitical clash between the two nuclear powers on the sub-continent. More than 300 people were killed. Pakistan Prime Minister Imran Khan ordered the armed forces and citizens to “remain prepared for all eventualities.”

Devon Energy to spin off Canadian and Barnett assets. Devon Energy (NYSE: DVN)announced plans to sell or spin off its Canadian and Barnett assets, with the goal of becoming a “pure-play” U.S. shale company. The streamlined company would focus on four main oil plays: the Delaware (Permian basin), STACK, Powder River Basin and the Eagle Ford. Unloading Canadian heavy oil assets, as well as some gas operations in the Barnett shale, will allow the company to its breakeven price, with expectations of free cash flow at $46 per barrel.

Saudi Aramco warns of under-investment. Saudi Aramco’s CEO reportedly warned about the possibility of a supply gap in the years ahead due to under-investment in oil and gas. He spoke at the International Petroleum Week conference in London, where he said that U.S. shale would not be able to cover the supply shortfall while electric vehicles would disappoint. “I can assure you there will be an impact,” he said.

Dozens of migrants dead after boat capsizes off Djibouti: IOM