EDUCATION: Number of people with Master’s, PhD degrees double since 2000 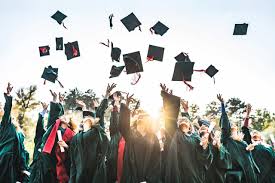 Number of People With Master’s and Ph.D. Degrees Double Since 2000
By Census.gov /
America Counts: Stories Behind the Numbers /

About 13.1 Percent Have a Master’s, Professional Degree or Doctorate

The educational level of American adults is on the rise as more college graduates go on to earn master’s, professional and doctoral degrees.

Since 2000, the number of people age 25 and over whose highest degree was a master’s has doubled to 21 million. The number of doctoral degree holders has more than doubled to 4.5 million.

These findings come from the U.S. Census Bureau’s Educational Attainment in the United States: 2018 table package that uses data from the Current Population Survey Annual Social and Economic Supplement.

It examines the educational attainment of adults age 25 and older by demographic and social characteristics, such as age, sex, race and Hispanic origin, nativity and disability status.

In 2017, on average a person with an advanced degree earned 3.7 times as much as a high school dropout.

The tables show, among other things, that women make up a smaller share of high school dropouts than men, the share of Asians with advanced degrees is growing and that recent immigrants are more likely to go to college than earlier immigrants or native-born.

They also clearly show a rise in the number of college graduates who have advanced degrees. In 2000, one-third of people with at least a bachelor’s degree had completed an advanced degree. By 2018, 37 percent had done so.

In 2017, on average a person with an advanced degree earned 3.7 times as much as a high school dropout.

The percentage of people age 25 and over who had completed less than a high school diploma or equivalent was higher for men (10.6 percent) than for women (9.8 percent).
Between 2000 and 2018, the percentage of people 25 years and older who had completed a bachelor’s degree or higher increased by 9 percentage points, from 25.6 percent to 35.0 percent.
Among Asians ages 25 to 29 in 2018, almost 7 in 10 (69.5 percent) had a bachelor’s or higher degree. Five years earlier (in 2013), the bachelor’s degree attainment rate for this group was 59 percent.
Recent immigrants to the United States were more likely to have a college education than earlier immigrants or the native born.

Among immigrants who have arrived since 2000, 38.8 percent have a bachelor’s degree or higher, compared with 35.2 percent of the native-born. Among earlier immigrants, the rate of college education was lower — for those who arrived in the 1990s, it was 31.3 percent.

Naturalized citizens were among the groups with high levels of college attainment — 38.4 percent had a bachelor’s degree or higher.

The children of immigrants were also likely to have a bachelor’s degree (39.6 percent).