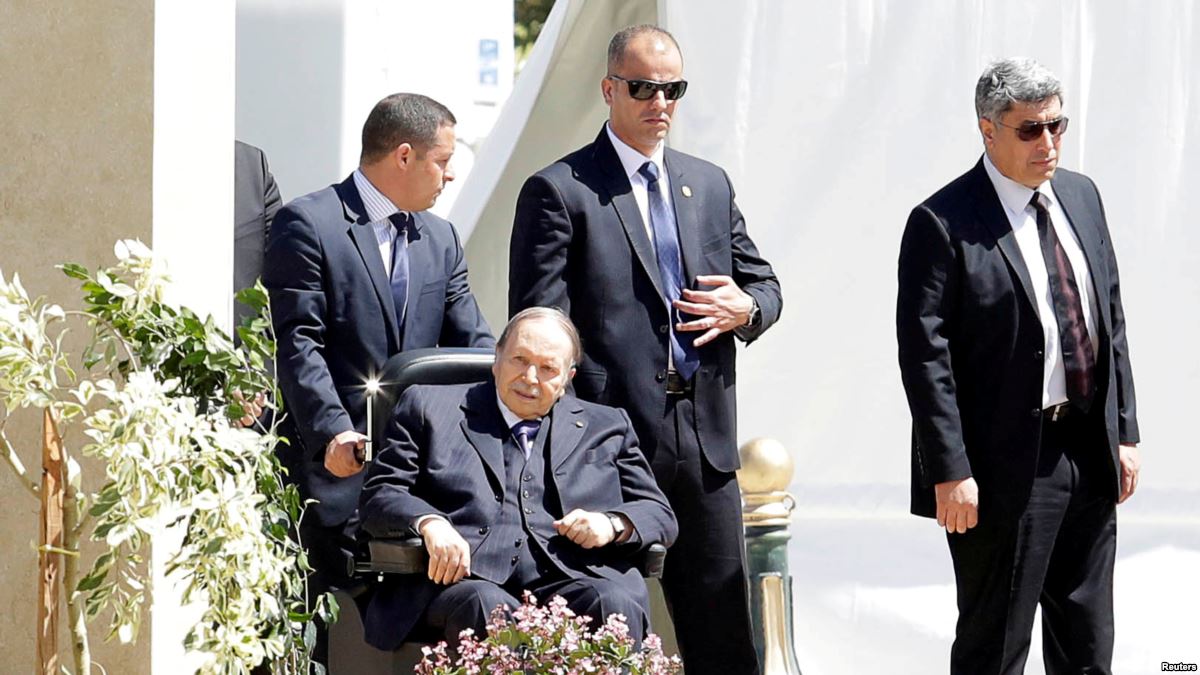 ALGIERS, Algeria (AP) — Hundreds of protesters have gathered in Algeria’s capital for the second time this week to denounce ailing President Abdelaziz Bouteflika’s bid for a fifth term.

Two days after major street demonstrations that took place across the country, police said some 800 protesters took to the streets on Sunday, answering a call from political movement Mouwatana, or Citizenship. Organizers said 2,000 people attended.

Demonstrations have been rare in Algiers since the 81-year-old Bouteflika came to power, but the announcement this month that he would seek a new term in the April presidential election despite serious questions over his fitness for office has caused a public outcry.

ENTERTAINMENT: Death of a Pig

Wikipedia article of the day for May 2, 2019 Pyramid of Unas