When the world fights for privacy, Uganda wants to curtail it because Ugandans use social media to tell the world that their people are being killed and the world needs to wake up to their plight.  The most recent fiasco are pads and the elites not realising that the main message was the suffering of the people.

Uganda government and all the major media houses have not told the world what the Dr. Stella Nyanzi’s story is right to the bottom of it.  If they were only to pay attention, they would know why she is raising funding daily to supply basic needs for Ugandan children.  But alas, we do not have academicians who dare challenge the system.  Americans and Europeans do this all the time. They fight for their rights.  Canadians do it too and you will never forget South Korea.  The people speak.  Listen to them or else hasta la vista!
Before Uganda’s Prime Minister told us to get out of Uganda and go seek Greener Pastures Abroad, some of us had already taken off before the dogs, leopard with his hyenas took over all our land and all assets which were once owned by Uganda.  But we do thank you for now giving us permission and allowing us to reclaim our birth right citizenship to be Ugandans who were born there and can show you the graves of our ancestors unlike some of you imposters and foreigner rif rafs who cannot even show the graves of your grand parents.  Welcome to #AprilRevolution.  You can no longer arrest an idea whose time has come.  Neither can you silence us.
Martha Leah Nangalama
University of Toronto, Masters Degree in Information Science, Canada & Trent University Canada, Bachelors in Business Administration with Computers. 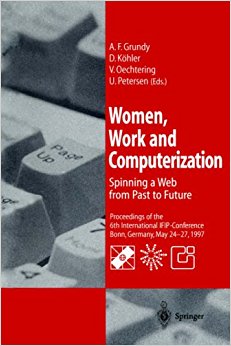 PROTECTING INTERNET PRIVACY should be a bipartisan issue, right? After all, Americans seem united in their dislike of the phone and cable behemoths that dominate internet service in the US.

More importantly, the principle of protecting your personal online data from snooping wouldn’t seem to break down along tidy partisan lines. Democrats want to protect the little guy from exploitation by corporate interests. Republicans believe in individual liberty. And yet, the decision to revoke Federal Communications Commission rules that would have stopped internet providers from selling your data without your permission followed party lines almost perfectly. Almost.
KLINT FINLEY
The Senate Prepares to Send Internet Privacy Down a Black Hole
No Democrat in either the House or Senate voted for the resolution that repeals Federal Communications Commission rules prohibiting ISPs from selling your browsing history without your opt-in permission. No Senate Republican voted against it. But 15 House Republicans bucked their party to join a unified Democratic caucus to vote against the resolution. Call it online profiles in courage.
“At the end of the day, it’s your data,” says representative Warren Davidson (R-Ohio), who voted against the repeal. “I don’t see how it could be anyone else’s.”
Davidson says ISPs tracking your web surfing habits to target ads is like the postal service or FedEx snooping through your letters to figure out what junk mail to send you. “If a guy could carry a letter on a horse for weeks and not open it, why can’t [internet providers] carry it for three seconds?” he asks. “What’s changed? It’s just that it’s easier now.”
For most Republicans, it seems, someone else’s private property rights took precedence: the cable and phone companies themselves. Davidson says he believes most of his colleagues subscribed to the free-market reasoning that because the ISPs built the networks, they could do with them what they pleased. But many people don’t have access to more than one home broadband provider–particularly in many of the rural districts that Republicans represent. That limitation was not lost on Republicans who broke rank.
“Consumers have little—if any—choice of internet service providers, because government severely restricts competition,” representative Tom McClintock (R-California) said in a statement. “As long as free choice cannot protect the consumer, rules like this are necessary.”
The Great Polarization
Money would seem to be another obvious driver of partisanship, but in the case of rescinding internet privacy protections, its influence wasn’t necessarily decisive.
The telecommunications industry has more than doubled its lobbying spending since 2000, and some of the resolution’s biggest backers, such as representative Marsha Blackburn (R-Tennessee), have reportedly raked in hundreds of thousands of dollars in campaign contributions from the industry.
‘At the end of the day, it’s your data. I don’t see how it could be anyone else’s.’
But telcos also heavily lobby the other side of the aisle. Congressional Democrats received about $6 million in donations from the industry in 2016, according to the site Open Secrets, while Republicans received $6.8 million. Many Democrats who voted against the measure received more from the industry than some of the Republicans who voted for it. Democrats may or may not have been more motivated by party politics than principled opposition to the resolution. But if the vote came down to lobbying dollars alone, it surely would have passed with overwhelming bipartisan support.
If money can’t really explain the polarization on internet privacy, then what?
Republicans traditionally recoil from government regulation—but the FCC’s regulations carried a special taint: the agency passed them under the Obama administration. President Obama, faced with an uncooperative Congress, relied heavily on executive orders and federal agencies to advance his agenda. Now that the GOP controls the White House and both houses of Congress, it’s working quickly to dismantle as many Obama-era rules as possible.
Even distrust of red tape and the former president wasn’t enough to convince Garret Graves (R-Louisiana) to vote for the resolution. “Think how you would respond if you hired a plumber to fix your sink and you later found him or her digging through your file cabinet, perusing your checkbook or reviewing credit card statements,” he said in a statement. “You would be appalled—and should be. To a large degree, that is what is happening with our use of the internet.”
Of course shipping companies and plumbers have a strong market incentive not to snoop through people’s stuff. No one would hire them if they had a reputation for violating their customers’ privacy. But as long as consumers have so few option when it comes to paying for internet access, they’ll have little choice but to invite that nosey plumber in.
WIRED

Mudslides in Colombia kill 254+ in the middle of the night