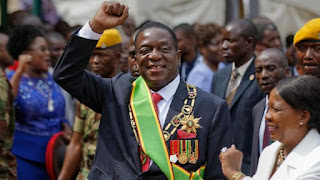 GENEVA (Reuters) – Voter intimidation, threats of violence and coercion including people forced to attend political rallies are being increasingly reported ahead of Zimbabwe’s elections on July 30, especially in rural areas, the U.N. human rights office said on Tuesday.

“There has also been the worrying use of disparaging language against female political candidates,” U.N. human rights spokeswoman Elizabeth Throssell told a news briefing in Geneva.

“We call on the authorities – and political parties and their supporters – to ensure that the elections are not marred by such acts so that all Zimbabweans can participate free from fear in a credible election process,” she said. —— AUTO – GENERATED; Published (Halifax Canada Time AST) on: July 24, 2018 at 10:01AM

Did you find apk for android? You can find new Free Android Games and apps.
Sharing is caring:
world news World News Comments Off on ZIMBABWE: Reports of voter intimidation, coercion ahead Zimbabwe poll: U.N. Print this News