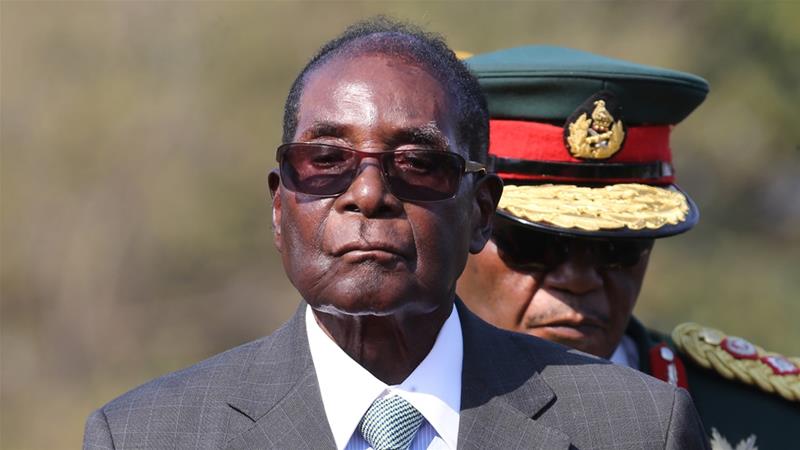 AL JAZEERA – Former president said in 2016 that $15bn worth of diamonds were looted from fields in eastern Zimbabwe.

A parliamentary committee in Zimbabwe has summoned former President Robert Mugabe to explain a past comment about the country losing billions of dollars in revenue due to diamond corruption.

Mugabe, who stepped down in November 2017 after a military intervention and huge protests, said in 2016 that $15bn worth of gems had been looted from fields in eastern Zimbabwe.

The 94-year-old, who ruled the country for 37 years, will appear before the parliament’s mines and energy committee on May 9 to explain how this sum was lost or how he calculated the figure, said Chairman Temba Mliswa.

“We met today [Thursday] as a committee and resolved that we invite former President Mr Mugabe to our committee to explain the disappearance of the $15 billion worth of diamonds,” Mliswa told state-owned Herald newspaper.

The move marked the first time a public institution has called Mugabe to account for such claims made during his rule.
Committee appearances

Allegations of diamond looting have been a source of anger in the once-prosperous southern African country whose economy collapsed under Mugabe’s long rule.

Non-governmental organisations such as Global Witness have accused government and security agencies of both looting and human rights abuses.

Zimbabwe security agencies, including the military and police, were involved in mining in partnership with Chinese firms until the government cancelled all diamond mining licenses in the region in 2016, making way for a monopoly by a government-owned firm.

It was unclear whether Mugabe, who is in frail health, will agree to appear before the committee.

Did you find apk for android? You can find new Free Android Games and apps.
Sharing is caring:
africa, Zimbabwe World News, Uncategorised Comments Off on ZIMBABWE: Mugabe summoned by parliament to explain $15bln diamond loot Print this News