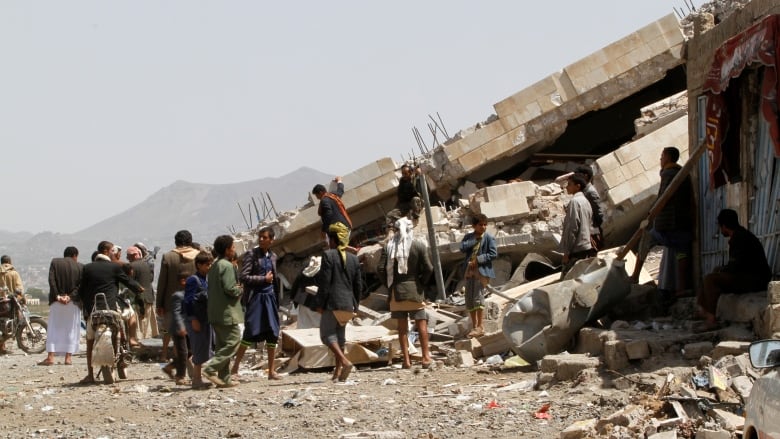 People gather near the wreckage of a house hit by air strikes on the outskirts of Sanaa on May 10. (Mohamed al-Sayaghi/Reuters)

AP – Yemeni officials say fighting over two days in western Yemen has killed at least 115 people on both sides of the conflict pitting forces loyal to a Saudi-led coalition against Iran-backed Shia rebels.

The officials said Saturday the clashes west of the province of Taiz also wounded dozens. They said the forces loyal to the coalition backing the internationally recognized government seized control of some rebel-held areas in western Yemen.

The officials spoke on condition of anonymity because they were not authorized to brief the media.

The coalition has been at war with Yemeni rebels, known as Houthis, since March 2015. The Houthis control much of northern Yemen, including the capital, and have fired dozens of missiles across the border at Saudi Arabia.

Did you find apk for android? You can find new Free Android Games and apps.
Sharing is caring:
world news World News Comments Off on YEMEN: 115 killed in Western Yemen fighting over last 2 days Print this News