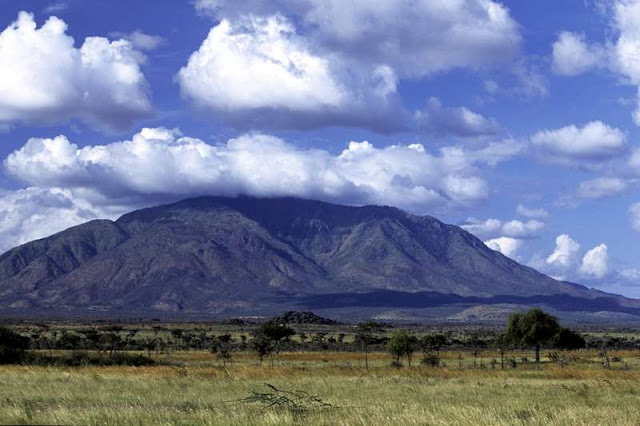 As dry as it is, we spend most of our time by the riverside grazing cattle. Since there is not much gardening going on, young men leave home in the morning and spend all their time with the cattle, goats and sheep. There is always grass by the riverside.

We say what we happens in Manafa remains in Manafa. Manafa river flows through our villages from Mount Elgon. It is part of us come rain come sunshine, it is where we draw water for bathing, washing, cooking and it is where “basiinde” draw water for “khukoya”. It is symbolic that when a young man starts the three day ceremony to the day of circumcision he must brew malwa which mature in three days in coincidence with the imbalu ceremony. They all draw water for brewing from Manafa. Myth has it that Manafa river comes from heaven but no one has proven that. They just tell us that from Bududa where it hails whoever goes there atop the mountainnever returns. It is therefore assumed that whoever goes ends up in heaven.

The name Manafa is said to have been coined by a muzungu. He was a prominent missionary who went on a tour of the river with one of his guides during one of those rainy days against the advice of his colleagues because the river had flooded. It is said that when they reached a place with a deep end, his guide who did not know how to swim slipped off and fell into the river Manafa. Being swept away by  the violent river, he wailed “mayi naffa!” meaning, “mother am going to die”. The missionary who did not know the meaning thought it was the name of the river as he called upon the locals for help. Since then everyone started calling it Manafa. It is also there that people go to wash away their misfortune. When the wells of Muswema and Wenyukha dry up, it is also from the river that we draw drinking water. This river is our livelihood.

To the river we go very early in the morning and stay there till evening and sometimes night. It is in the evening when girls also come to the river to swim and draw water. During the day we eat sugarcane and jack-fruit stolen from peoples’ gardens. No one leaves the riverside hungry. The best moment is when it rains and all the farmers leave their gardens; we let the cattle graze in the gardens and we start eating their sugarcane indiscriminately. When you’re at the river and it starts raining and you need shelter you jump into the river.

It is also at the river that we the elder boys teach the young about the ways of the community and our culture. Wakauna is to be circumcised next year but today we just realised that he has not yet “reached the joint”. When a boy goes for circumcision without pulling his foreskin beyond the “head”, umushebi takes long on him. Therefore we took him to the anthill and picked a termite that we usually use to cut thhe skin that holds the foreskin to the base of his manhood. Unfortunately because his hand was shaking, the termite ended up biting his testicle. The boy jumped off and ran all the way back home. We just knew that he is not man enough if you cannot cut “lurandasi”.

In the evening when the girls come to the river is the best. Because girls have their own area from ours, we therefore hide in the thicket around to watch the girls bathe. Of course this is normal because the older women do not bathe from the river but otherwise it is a taboo for us boys to see a naked woman. In fact there is a lot of superstition surrounding this that if it happened, rituals would have to be performed to cleanse you “khuwosa imbikho”. Of course even the girls but no one cares about that. Sometimes we even dive and surprise the girls from their end by emerging in their midst.

I was hiding in the papyrus watching the girls when I felt a tickle over my neck. I thought it could be a snake but when I turned to look it was just a caterpillar but without second thought I had sprung up to my feet my cover has been blown and the girls just knew that I was watching them. Namutosi, the older of all got out of the river and started coming after me. Because I wanted to wrestle her, I could not run so fast. At a bend from visibility of the people she kept following me and soon caught up. We wrestled and somehow she managed to put me to the ground. She sat on me and started pounding me with her feminine fists. When the tables turned and I threw her to the ground, she seemed to have lost all her energy. She received me with a mix of pain and sweetness. When we emerged from the bush, she was limping but we took different paths so I don’t know what followed thereafter.

Did you find apk for android? You can find new Free Android Games and apps.
Sharing is caring:
Manafa, Bududa, x-files, Mount Elgon Entertainment No Comments » Print this News