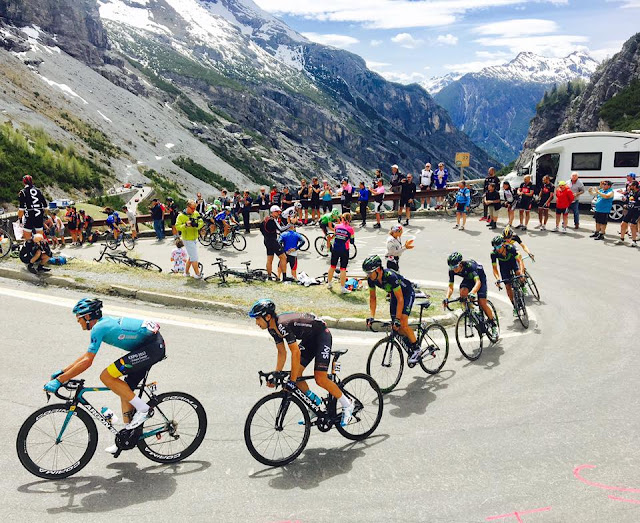 The 1988 Giro d’Italia was the 71st running of this annual race in cycling’s Grand Tour. It started in Urbino on 23 May with a 9 km (5.6 mi) individual time trial, and concluded in Vittorio Veneto on 12 June.

A total of 180 riders from 20 teams entered the 21-stage race, which was won by Andrew Hampsten of the United States, with Erik Breukink of the Netherlands finishing second and Urs Zimmermann of Switzerland third. It was the third time – and second successive year – in the history of the Giro with no Italian riders on the winner’s podium.
In the first half of the race, the overall classification was headed for several days by Massimo Podenzana, who participated in a breakaway during stage 4a and held the race leader’s jersey for more than a week. The 14th stage of the race was conducted in adverse weather, including a snowstorm.
Hampsten became the first American, and non-European, to win the Giro. Johan van der Velde was the winner of the points classification, and Carrera Jeans–Vagabond won the team classification.

« Today in History – May 23 (Previous News)
(Next News) UGANDA: Regime rips off citizens in yet another ghost payment scheme – Thug Nation »