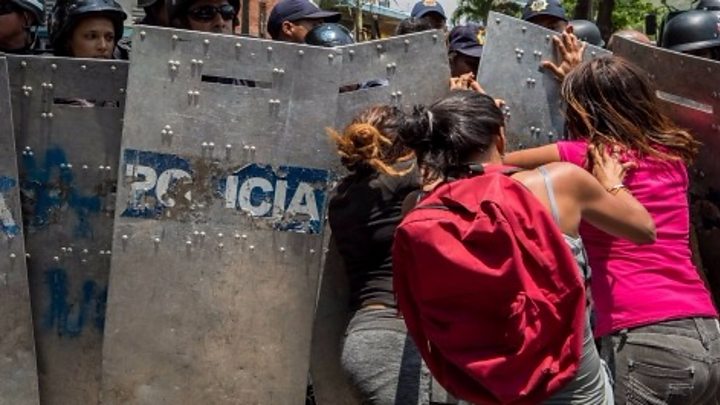 BBC – A fire at a police station in the Venezuelan city of Valencia, in Carabobo state, has left 68 people dead, government officials say.

The blaze reportedly started after prisoners set fire to mattresses in an attempt to break out on Wednesday.

Police used tear gas to disperse relatives who surrounded the station after news of the fire broke.

Chief state prosecutor Tarek Saab said an investigation into what had happened would begin immediately.

What is behind the crisis in Venezuela?

State official Jesus Santander said the situation had now been been brought under control. He said the state of Carabobo was in mourning.
What happened at the police station?

The circumstances surrounding the fire have not been officially confirmed.

The association Una Ventana a la Libertad (A Window on Freedom), which monitors jail conditions, said its reports showed a police officer had been shot in the leg by a detainee and that shortly afterwards mattresses in cells were set ablaze and the fire quickly spread.

Mr Santander did confirm one police officer had been shot.

Rescuers reportedly broke through walls to try to free those trapped by the blaze.

Nearly all of those who died were inmates but at least two women who were visiting at the time were also killed, Mr Saab said.

Some of the victims burned to death, others died of smoke asphyxiation.
What has the response been?

Angry relatives gathered outside the detention centre and clashed with police as they sought information about loved ones. 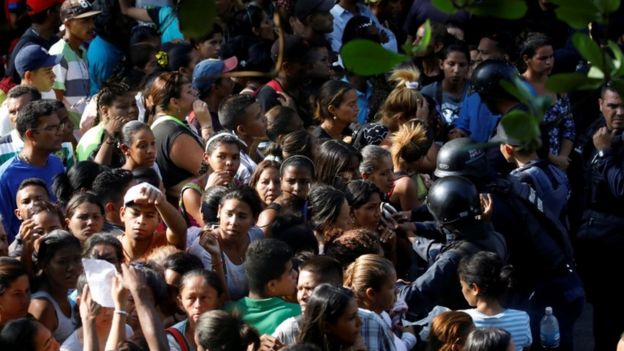 Image copyrightREUTERSImage captionRelatives complained they had been given no informationAida Parra, who said she had last seen her son the day before, told the Associated Press news agency: “I don’t know if my son is dead or alive. They haven’t told me anything.”

Dora Blanco told local media: “I am a desperate mother. My son has been here a week. They have not given any information.”

The government has set up an inquiry.

Carabobo state governor Rafael Lacava expressed his condolences, adding: “A serious and profound investigation has been initiated to find the causes and those responsible for these regrettable events.”
What’s the state of Venezuela’s penal system?

Facilities are notoriously overcrowded, with violence and deadly riots common. 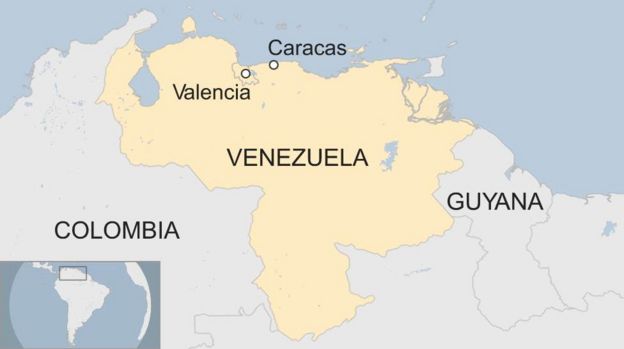 The country has struggled to accommodate its prisoners amid an ongoing economic crisis, leading to the use of temporary facilities such as the one in Valencia.

March 2017: 14 bodies are found in a mass grave in a jail in Guarico state

September 2015: A blaze in a prison in Tocuyito prison kills 17

January 2013:More than 60 inmates are killed in a prison riot in Barquisimeto

Inmates are supposed to be held for only 48 hours in police holding cells.

Carlos Nieto, head of Una Ventana a la Libertad, says some police facilities are overfilled at five times their capacity.

The organisation says that 65 people died last year in temporary cells due to violence, disease or malnutrition.

Last month inmates at a different prison in Carabobo took a number of prisoners and guards hostage in another riot.