US GUNS: Man upset by wife’s illness kills them both at hospital 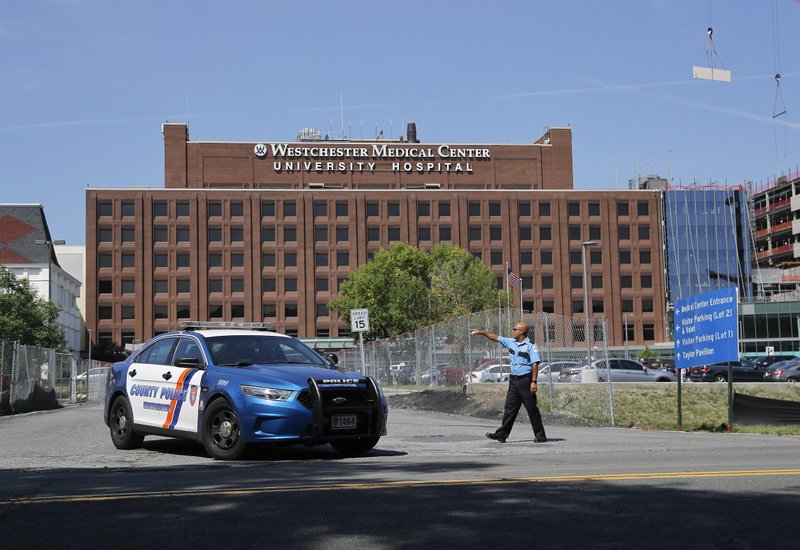 VALHALLA, N.Y. (AP) — A man who said he wanted to end his ailing wife’s suffering shot her to death in her bed at a suburban New York hospital Wednesday and then killed himself, police said.

Richard DeLucia, 71, left a note at the couple’s condo indicating he was distraught about how his wife, Ann, 70, was suffering and wanted to put a stop to her ordeal, Westchester County police spokesman Kieran O’Leary said.

Then the husband went to his wife’s room at Westchester Medical Center with a licensed .38-caliber revolver, fired a single shot that killed his wife and then took his own life with another shot, police said. No one else was in the room at the time, authorities said.

Ann DeLucia, whose medical condition wasn’t immediately revealed, was found in her bed and her husband was found on the floor of her fourth-floor room at the Valhalla hospital, about 35 miles north of Manhattan, police said.

Richard DeLucia had once owned a well-known Westchester catering hall, the Westchester Manor, called the Manor House during his time, current co-owner Enrico Mareschi said. Although DeLucia sold the venue to another owner roughly 15 years ago, he still came by occasionally until two to three years ago, Mareschi said.

“He was a nice guy,” Mareschi said. “He really was a good person.”

At the couple’s condo building in Yorktown Heights, neighbors absorbed the news with dismay.

“Everybody’s just shocked,” resident Valeria Tassone said, adding that she had no insight into what was going on in the couple’s life.

The gunfire prompted a brief lockdown of a major suburban medical center that cares for tens of thousands of people per year. Jatziri Escobar, a patient who arrived at the hospital shortly after 9 a.m., told The Journal News she was in a first-floor room when staffers ran through the building, alerting patients about the active shooting.

“I was kinda scared, but one of the officers told me to relax and all would be OK,” said Escobar, 22, of Elmsford.

Dr. Srihari Naidu, an interventional cardiologist at the hospital, told The Associated Press he was at his office in a nearby building when he got an “active shooter alert,” followed by a lockdown notification that lasted for about a half-hour.

The building where the shooting happened is “very well guarded,” he said, and many areas cannot be accessed without badges.

Visitor Linda Pepitone said she was trying to get on an elevator, aiming to seek out some salt and pepper for her egg breakfast, when she realized the elevator didn’t seem to be running. A hospital employee came by and told her there was an alert about someone with a weapon.

The fourth-floor area around the site of the shooting remained sealed off afterward, Gleason said, but other aspects of the hospital got back to normal.

Hope Conley said she and her mother-in-law came to visit her hospitalized father-in-law right around the time of the shooting and were told they had to wait. After about a half-hour, they were allowed up to his fourth-floor room, which wasn’t in the closed-off area, she said.

They found the door to his room had been closed for safety, she said.

“They just made sure the patients were secured — they shut all the doors. They did what they had to do,” said Conley, of New Windsor, New York. She said hospital staffers quickly resumed their work: Her father-in-law went into surgery around 10:30 a.m.

The hospital totals over 600 adult, pediatric and psychiatric beds in a campus in northern Westchester.

A study in the Annals of Emergency Medicine counted 154 shootings at hospitals in the U.S. from 2000 through 2011.

In June 2017, a doctor who had been forced to resign from Bronx Lebanon Hospital in New York City two years earlier amid a sexual harassment claim opened fire inside the hospital, killing a doctor and hurting six others, authorities said. Police said the doctor, Henry Bello, killed himself at the scene.

Hospitals have since been beefing up security.

Other New York-area hospitals have been hiring police officers to provide security.

Westchester Medical Center spokeswoman Kara Bennorth declined to discuss whether any security changes might be made in the wake of Wednesday’s shooting.
REPORTED EARLIER

Police respond to report of gunshots at NY hospital

Police are responding to a report of gunshots at Westchester Medical Center in Valhalla, New York, according to local media.

An active investigation is underway, with authorities conducting a floor-by-floor search of the building, ABC 7 reported. A call was made to authorities shortly after 9:30am local time on Wednesday, NBC 4 reported. 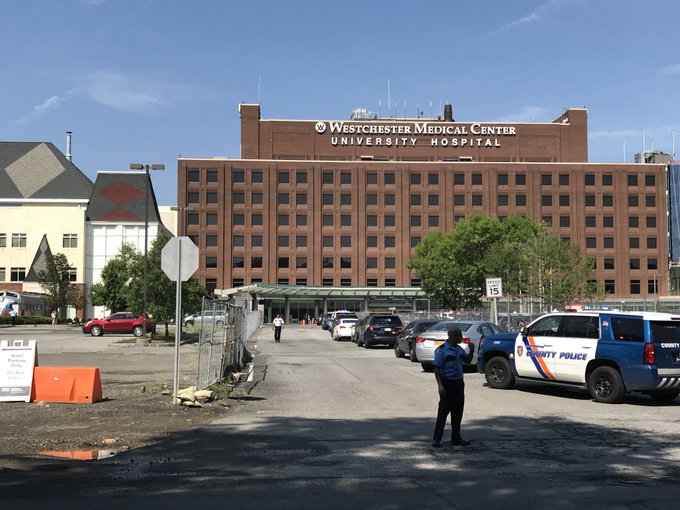 At Westchester Medical Center where there were reports of shots fired. Just spoke with an employee who says it happened on the 4th floor, which is intensive care @News12WC

The shots occurred on the fourth floor of the hospital, according to a reporter for local news website LoHud.

“I arrived to the hospital and I was notified by other hospital personnel that they had been evacuated and that there was apparently a shooter on the fourth floor of the hospital,” Westchester Medical Center employee Jaime Kuhn told LoHud. 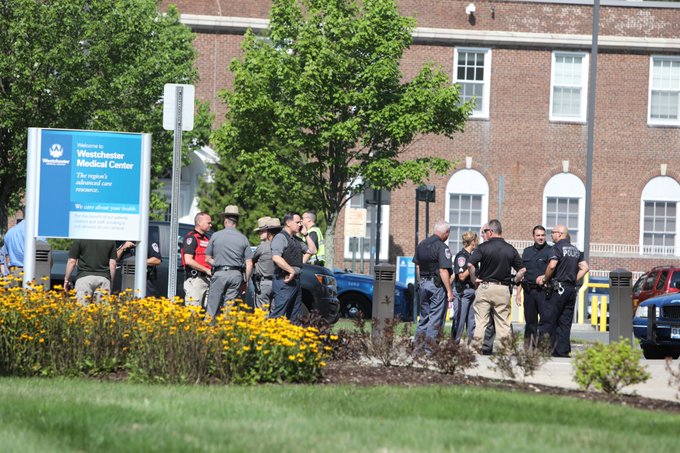 The fourth floor of the hospital is reportedly where the Intensive Care Unit (ICU) is located.

Authorities have confirmed that the scene is active, but have declined to provide further details. It was not immediately clear whether anyone had been shot.

New York Daily News cited reports which stated that the shooter was a man who first shot his wife and then himself. That report remains unconfirmed at this time.

Valhalla, which has a population of 3,000, is located 30 miles (48 kilometers) north of midtown Manhattan.

Did you find apk for android? You can find new Free Android Games and apps.
Sharing is caring:
trump, TERROR, world news, Gun Violence, US guns, Shooting at NY Hospital World News Comments Off on US GUNS: Man upset by wife’s illness kills them both at hospital Print this News