UK: Refugee seekers in Britain speak of the horror of the system – TRY CANADA! 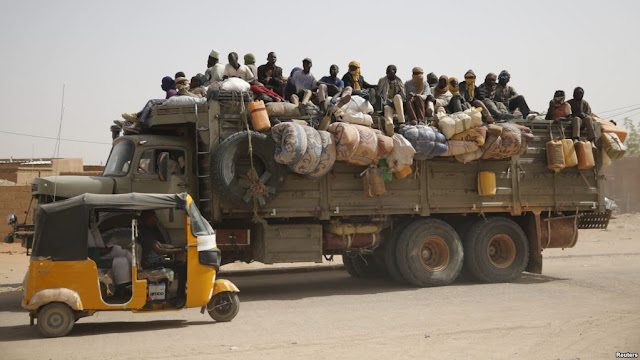 LONDON (Thomson Reuters Foundation) – Foreign trafficking survivors wishing to stay in Britain say their health has suffered as they struggle to cope with insensitive staff, a lack of information and years in limbo, without the right to work, due to a backlog of asylum claims.

Rose, who was 21 when she was trafficked to Britain from Nigeria, endured years of sexual abuse before she broke free. The 43-year-old single mother, who has high blood pressure, has been waiting three years for a decision on her case.

“It’s just a terrible, terrible system, keeping you with no answers,” said Rose, who declined to give her real name to protect her identity.

“It’s very inhumane. They don’t treat you like a human being. You don’t have rights … You’re in a prison because you don’t have a life of your own.”

Britain has been regarded as a leader in the fight against human trafficking since passing the Modern Slavery Act in 2015 to tackle a crime affecting some 40 million people worldwide.

But anti-slavery activists say the law has not yet made a serious dent in the illicit trade in Britain, where the government estimates at least 13,000 people are victims of forced labor, sexual exploitation and domestic servitude.

The Home Office said on its website that asylum seekers usually get a decision on their applications within six months.

“We are modernizing our processes and have established a new team to focus on more complex cases to make sure that they are decided faster,” a Home Office spokesman told the Thomson Reuters Foundation.

“We are committed to transforming the asylum system.”

By the end of 2017, more than 14,000 asylum cases were awaiting a decision, a 25 percent increase on the previous year, the charity Refugee Action said in a study that described the asylum system as “hostile”.

Through Britain’s National Referral Mechanism (NRM), people who say they have been enslaved receive counseling, housing and legal aid while the government decides whether to recognize them as victims.

Once identified, they can apply for asylum but they are not allowed to work while awaiting a decision, relying instead on a weekly government stipend of about 37 pounds ($49).

“These are people who are inherently vulnerable in the first place,” said Refugee Action’s head of campaigns, Mariam Kemple Hardy. “So coming into a system that is traumatic as well can (cause) further damage.”

Ehsan, who was trafficked to Britain from Iran, was granted asylum in 2017 after waiting two and a half years. He has been declared unfit for work by a doctor concerned about his mental health.

“It is tough for anybody, let alone me who has been through human trafficking,” said Ehsan, who also declined to publish his real name.

“I’m still isolated because of what happened to me. I can’t trust anybody. I’ve got no hope for the future.”

« AFRICA: So the Regional despotic dictators thought they could force PEACE onto South Sudan! (Previous News)
(Next News) AMERICAN FOOTBALL: NFL clubs to be fined if players kneel during anthem – TRUMP SCORES AGAIN! »