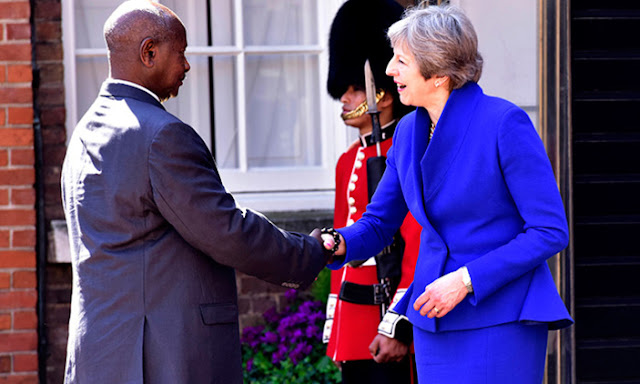 The House of Lords voted 335 to 244 in favor of a ‘meaningful vote’ amendment to May’s Brexit blueprint that could allow parliament to send ministers back to the negotiating table in Brussels or even halt the Brexit process if it disapproved of the final deal.

“This is not … about creating a constitutional crisis, nor is it about asking the Commons (the lower house) to take on the negotiations … it is to ask the Commons and parliament to decide whether the outcome of the negotiations is good enough,” said Dianne Hayter, the opposition Labour Party’s Brexit spokeswoman.

The result had been expected, and was the seventh time in recent weeks that the government has been defeated in the Lords on the legislation that will formally terminate Britain’s EU membership.

The Lords amendments to the European Union (Withdrawal) Bill have been criticized by the government and can be overturned in the lower house, where May has a working majority, albeit a slim one.

The government suffered an eighth defeat when lawmakers backed an amendment requiring ministers to seek parliamentary approval for their negotiating mandate in the next round of Brexit talks on Britain future relationship with the bloc.
TAKE IT OR LEAVE IT

The government has committed to giving parliament a vote on the final deal, but has framed this as a choice between accepting the terms it has negotiated with Brussels and rejecting them and leaving without a deal.

The ‘meaningful vote’ amendment passed in the Lords on Monday went further, saying that the government must take a course of action decided by the House of Commons if its exit deal is rejected.

Martin Callanan, the government’s Brexit minister in the Lords, said during the debate: “I do not believe that it is in the best interests of the country to redefine the nature of our democracy in this way. It is a well established feature of our constitution that the executive represents the country in international diplomacy.”

In a statement immediately after the vote, he said he was disappointed at the outcome and would consider its implications.

“What this amendment would do is weaken the UK’s hand in our negotiations with the EU by giving parliament unprecedented powers to instruct the government to do anything with regard to the negotiations – including trying to keep the UK in the EU indefinitely,” his statement said.

The government does not have a majority in the upper house, meaning that when peers from opposition parties and politically neutral members join forces, they are almost guaranteed to win.

May’s majority in the lower house of parliament is likely to be severely tested next month when she is expected to call on her divided Conservative Party to throw out the changes. —— AUTO – GENERATED; Published (Halifax Canada Time AST) on: April 30, 2018 at 06:22PM