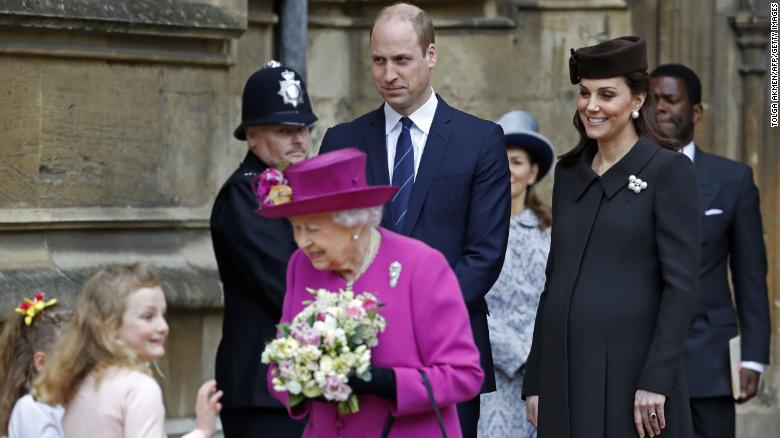 CNN – The Duchess of Cambridge, wife of Britain’s Prince William, has given birth to a son, the royal family announced Monday. The baby weighs 8lbs 7oz (3.8 kilograms).


The duchess, the former Kate Middleton, gave birth at 11a.m. local time at St. Mary’s Hospital, Paddington, London.
“The Queen, The Duke of Edinburgh, The Prince of Wales, The Duchess of Cornwall, Prince Harry and members of both families have been informed and are delighted with the news,” Kensington Palace said in a statement.
“Her Royal Highness and her child are both doing well.”

The royal couple’s third child is fifth in line to the British throne, after grandfather Prince Charles, father Prince William and two siblings.

The newest addition to the royal family is a younger brother to Prince George, 4, and Princess Charlotte, 2, and the Queen Elizabeth II’s sixth great-grandchild.
Prince George was born at the Lindo Wing in 2013, and Prince Charlotte in 2015. Their father William was also born at the same facility.

The royal family waves to a crowd before boarding a plane in Wellington, New Zealand, in April 2014. They went on a three-week tour of Australia and New Zealand.