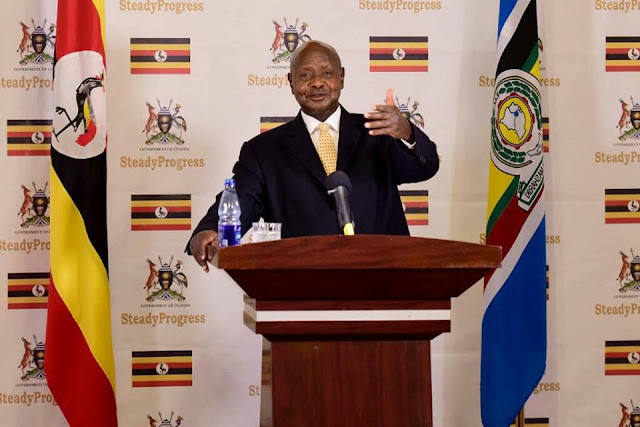 #UgandaNewsBriefing #Dictator #Museveni lies were shared this WhatsApp group.  This is what I posted on Facebook and kept updating until the members of the forum decided to go clubbing for their President Yoweri Museveni was talking for 4hrs.  A whole 4hrs.  Ugandans are bakoowu!

Likely, all the media in Uganda who get paid to sing praises of the failed State will publish glorious things.  However for clarity, below is exactly what was put on Facebook for Ugandans and the world entire.  Museveni is a liar.  Those who think otherwise, will pay a very big price when they wake up one day and realise that he sells air or the youth into Modern Slavery.  Do not trust him.  EVER.

Will keep updating here. One of my frenemies joined my group yesterday.  I told him our group is anti regime.  He is very cute. Replies BUT I Love Museveni. So I added him. So we can kill his Tutsi kabina.  So I told him none of us are watching.

PLEASE WILLIAM, WATCH AND UPDATE HERE!  Like MeneJa.. William is super smart.  He does not get into pissing matches but just states his point and we get along fine. Otherwise, I would kick him out of our groups.

All timestamps are AST (Atlantic Halifax Canada time) which is GMT minus 4 and GMT +3 for Uganda. AST is an HR ahead of EST (Toronto, NYC, Washington DC) who are 8hrs behind Uganda and Martha is 7hrs behind Uganda.  HEY, excercise your additions and subtractions.  Seattle, LA, San Diego, Vancouver are 11hrs behind Uganda so they are likely just finishing their breakfast.

[12-31, 1:13 PM] Wiliam: Ugandans should be rest assured of their security. If Congolese government asks, Uganda can assist them uproot ADF.  Sevo

[12-31, 1:16 PM] Wiliam: Govt will organize urban youth to help stop this financial hemorrhage of wealth and jobs. Skilling will be intensified. Scientists will be supported and an artisanship park built. Sevo.

Given what NRM govt has done, and what God gave us, Uganda’s future is very bright despite what enemies say. Strangers called Harvard Centre for International Devpt recently put out a study showing that by 2025 Uganda will be fastest growing economy in the world. Sevo

In health, Ugandans are now dying more of non-communicable diseases like cancers, diabetes, etc not communicable ones. It means govts preventive measures, though incomplete, are working. Sevo 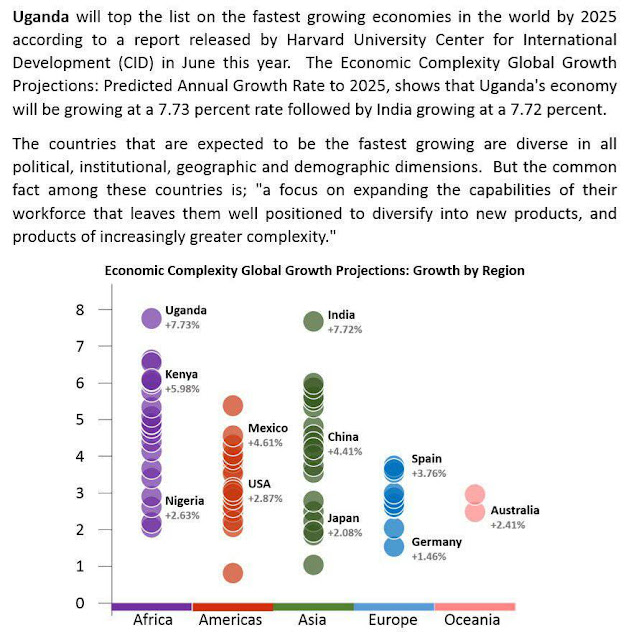 Somebody should tell Museveni to address the nation on these issues if he wants to get the attention of the whole nation. This business of talking about GDP, Km of roads tarmacked, our oil, security, OWC etc does not make sense any more.

4. Media Freedom, that is closure of the Mighty Red pepper.

Term Limits Age Limits are not core. The core is that all power belongs to the people and it is them to decide their destiny thru elections or through their elected representatives

Iam in Bunga busy watching Arsenal vs WBA. I began the match analysis at exactly 7.00pm.Now waiting for second half.I hope the most unpopular speech is done

[1:33 PM, 12/31/2017] Wiliam: For NRMcadres being attacked and maligned, remember Matthew 5:11-12, “Blessed are you when they revile and persecute and say all kinds of evil against you falsely for my sake…”  NRM transcended firing squads of Amin, extra-judicial killings, etc

Sevo once made that statement☝

The 5 strategic goals of our contemporary elders led by ANC were: regain independence, attain democracy, work for prosperity of our people, guarante our strategic security and guarantee survival of our identity

Elements working with foreigners have tried to impose pseudo-democracy where power of people is constrained by term limits, age limits, even education qualifications

These false prophets never talk of economic integration or political integration of Africa. On issue of our identity, I don’t even know where they stand.

[2:02 PM, 12/31/2017] Wiliam: To Ugandans, young and old, I propose that we discuss the five strategic goals of Africa seriously: independence, real democracy, economic integration, political integration of Africa and safeguarding our heritage

I salute the 317 MPs who defied intimidation, malignment, and blackmail and opted for a flexible Constitution to deal with destiny issues of Africa. The 317 are like the 28 cadres of Montepuez, 43 fighters who attacked Kabamba, 232 MPs who opened up term limits

The 317 MPs should deepen their understanding of NRM ideology, get out of careerism and become durable soldiers of African Revolution. They should boldly and persistently mobilize the masses to get out of poverty.

[2:04 PM, 12/31/2017] Wiliam: I end by urging media to be relevant in Africa’s struggle for survival. They can talk about sports clubs, gambling but also talk about strategic goals of Africa, independence, democracy, economic integration, political integration, preserving African identity. Sevo

Did you find apk for android? You can find new Free Android Games and apps.
Sharing is caring:
Museveni new year broadcast for 2018 News, Politics No Comments » Print this News