The following information was received today March 27, 2018 from a Ugandan in the Middle East. It was sent as an audio clip to #UgandaNewsBriefing group on WhatsApp.

The image of the murdered young lady is included at this link.  So far, no relative has been reached and this usually takes a while as some Ugandans who go to the Arab countries are trafficked and their families hesitate to claim them since Uganda authorities will likely arrest the family, extort money from them or BOTH.

There is also the factor of money.  Few families of these modern slaves can afford  to repartraite the corpse.

Below is the message which was sent. VERBATIM:
*SO* *SAD* !!!!!!!!!   As Museveni continues to dish money in by-elections.our sisters are being murdered day after day…..anyone who knows the family of *MBEKEKA* *PROSSY* please I have just received this audio from a friend in Omani…….she was killed  ….tears only  OMG 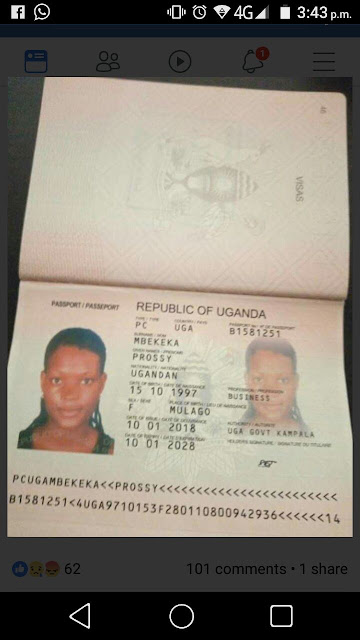 UGANDA: News round up for March 27, 2018 for those who hate reading

AFRICA: Up to 52% of work in Africa susceptible to automation