UGANDA: Why would a head of state manage a murder scene? – PHOTOS 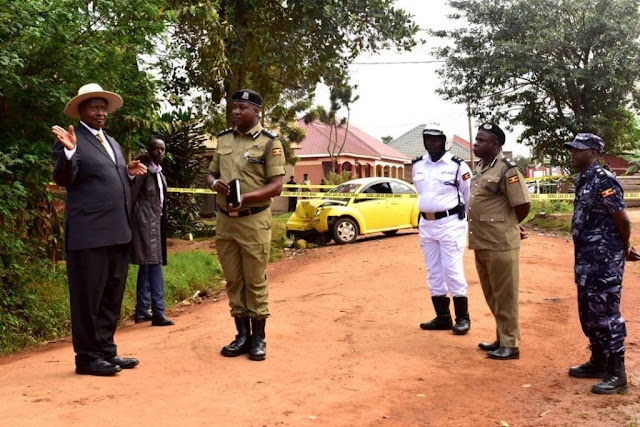 WHY WOULD A HEAD OF STATE MANAGE A MURDER SCENE OF CRIME!!!

CHANGE OF GUARDS – It has become a tradition for Uganda’s military dictator to not only visit murder crime scenes within 24 hours but to pretend to manage the same. From the 2010 so called Al Shabab terrorist attack, murder of Muslim Clerics, murder of women in Entebbe, murders in Masaka to the most recent murder of Hon. Abiriga, Museveni has been at the crime scenes pretending to take the lead in its management. In some instances, he is seen interviewing locals and taking notes while in other instances he is seen giving instructions to investigators. Imagine, even during the landslides in Mbale, he donned a military fatigue with an AK 47 and headed for the scene!!

The security of a head of state is paramount and by exposing himself to scenes of serial high skilled murder scenes, he may compromise his security. Where does he get the courage to appear at the scene within the next 24 hours? Maybe it is because Ugandans are lucky to have a brave president!!! By appearing at the scene of crime with his big security detail, there is no doubt he interferes with the proper management of the crime scene. No wonder the investigators have never made a breakthrough in any of the series of murders.

On September 29th, 2017, we wrote a piece titled; “WHEN MUSEVENI, CABINET AND SECURITY CHIEFS TAKE TO DETECTIVE WORK” (for your convenience the full text is included at the bottom). In this piece, we examined the phenomenon of top government officials including Museveni directly taking to crime detection. The Minister of Health, Sarah Opendi had dressed in a Hijab in order to act as an undercover agent in order to net medics suspected of soliciting money from patients. What happened to law enforcement institutions that take trillions of tax payers money? 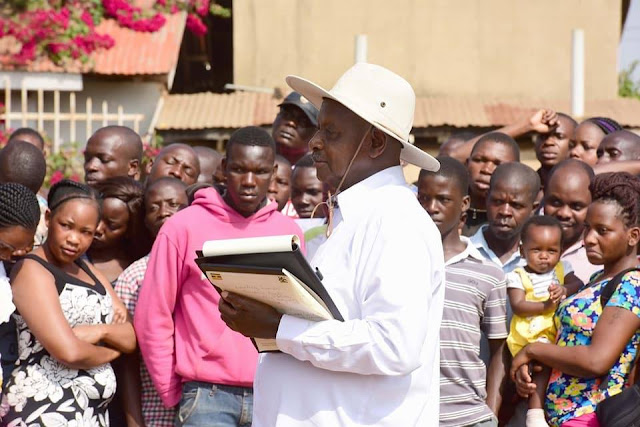 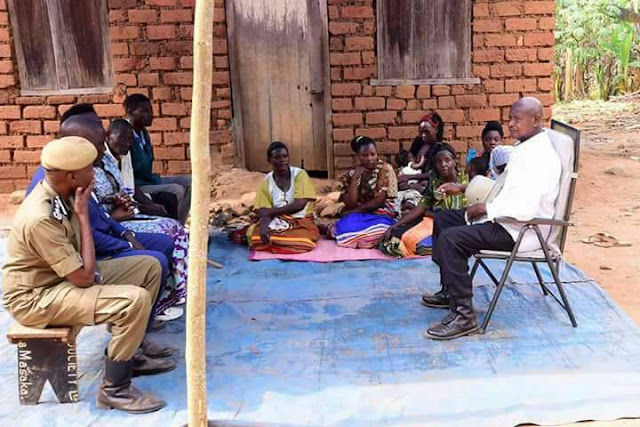 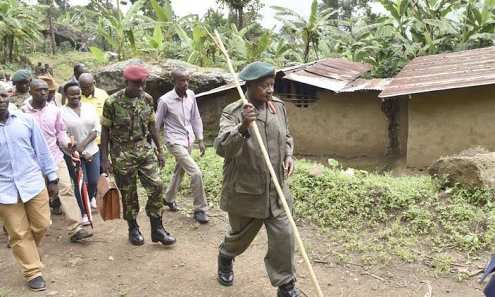 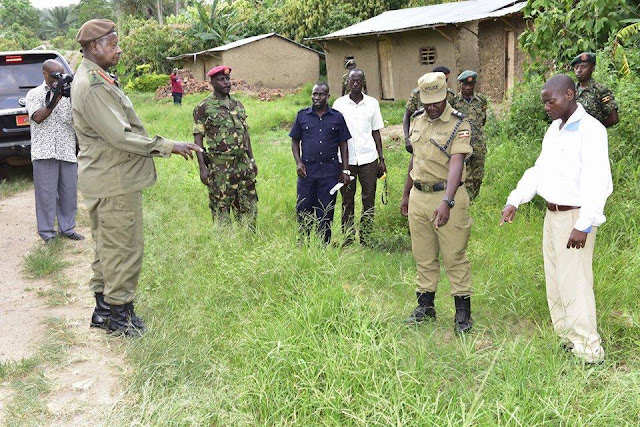 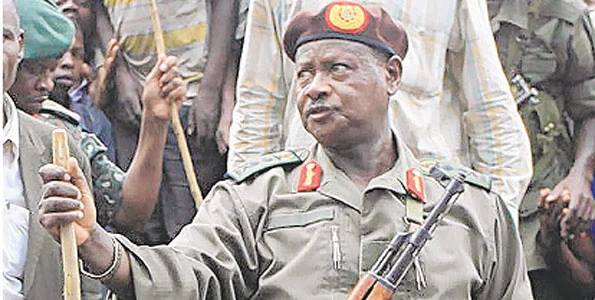 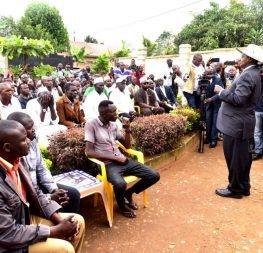 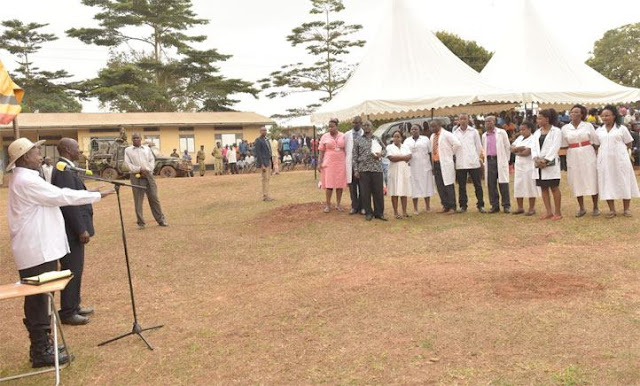 vice simply because it serves well the scene of keeping citizens in perpetual fear.

The Police Chief, Gen. Kalekyezi has on several occasions been cited at the crime scenes carrying out inquiries. In one of the series of a scene of crime visits, at Abayita Ababiri in Entebbe, he was seen interviewing local residents. He told the press thus; “Murder is the major point that has driven me here. I was shocked to read this in the media and therefore I came to see how the police has been handling these cases and surely I’ve got some information on my own.”

The Minister of Security, Gen. Henry Tumukunde (pictured) carried out a two days visit to the murder stricken Wakiso district. He interviewed different groups of local residents including traditional healers, Boda Boda cyclists, fishermen and prostitutes. At one of the scenes of crime, commenting on police efforts, he told the media thus; “….as for me I have come to find another angle to their investigations.”

Museveni (pictured) also visited one of the scenes of crime and interviewed local residents as he personally took down notes. He later informed the press thus; …. the Wanainchi gave me valuable

information; we shall apprehend those behind these killings. I will fight Wakiso women killers using a pen and paper.” He went on to blame the police thus; “But police have been using backward methods. We are going to solve this including new technology such as DNA to investigate. We shall also install CCTV cameras in major cities to ease police work.”

Despite all that high level on spot intervention, the mysterious murders have continued unabated in the same areas. The Minister of Internal Affairs, Gen. Jeje Odong is busy bleaching his skin as he claims that the murders of women are orchestrated by witchcraft. The Minister of Security, Gen. Tumukunde the other day was crying like a baby after he was mysteriously shot in his leg. He therefore lacks the moral authority to handle the security of citizens.

In April 2017 Museveni deployed his bodyguards to arrest Labor Minister, Herbert Kabafunzaki as he allegedly took a bribe from an investor. The other day, the Minister of State for Health, Sarah Opendi had to dress in a Muslim Hijab and ride on a motorcycle to a health centre to net corrupt health workers. At Naguru government health facility in Nakawa, she netted two poorly paid and facilitated health workers.

Where is the police CID who are mandated to handle crime detection? No wonder? The development came at a time the Nakawa Region Internal Security Officer (RISO) for Nakawa, Nathan Agaba had been arrested over conning of 75M shillings. He had used questionable LPOs in fraudulently borrowing the said money on pretext of supplying murram to the UNRA.
Earlier, in August 2016 Museveni made an impromptu visit to Mpumudde Health Centre where he sacked on the spot a number of poorly paid health workers over absenteeism and poor service delivery. In August 2017, the State House Health Monitoring Unit arrested suspects involved in alleged theft of drugs from Amach Health Centre in Lira.

No wonder, the figurehead Director of Criminal Investigations Department, Grace Akullo, is “held hostage” by the regime. Where individuals replace institutions, anarchy reigns.