UGANDA: What if “Magara killer suspect” had run to a church? 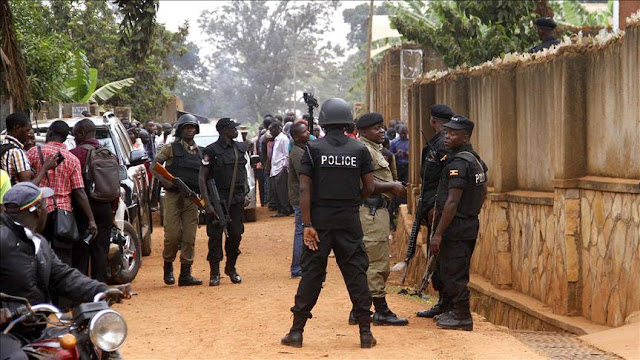 CHANGE OF GUARDS – On 26/4/2018, Museveni’s security machinery raided USAFI Mosque in the suburbs of Kampala. They shot dead two people, arrested 36 Muslim worshipers, “rescued” 18 women and 94 children, destroyed the mosque and “recovered” 60 rounds of AK 47, one bow and arrow, 23 pangas and a laptop.

Immediately after, the Minister of Internal Affairs organised a press conference meant to dupe the public over this daylight heinous crime. He disclosed that the security had raided a terrorist radicalization centre. He went further to disclose that two terrorists were shot dead in self defence after they injured a police officer. That they had arrested the wanted Magara murder suspect. That some of the rescued women and children “looked like Kenyans, Burundans and Rwandese.” That the children “looked traumatized and scared.” How are children supposed to react to an armed raid and shooting dead of two people in their midst??? That the raid followed “credible intelligence about one of the key suspects in the murder of Susan Magara who ran to the said mosque.” What if he had not run to the said Mosque; did security have prior intelligence on the activities at the so-called “radicalization centre”. What if he had run to Rubaga Church, would two Christians have been shot dead and the ” traumatized and scared” worshipers rescued????

The Police Spokesman also confirmed how “…. a number of women and children suspected to have either been kidnapped or held hostage” were rescued. He disclosed that they were making arrangements “to handover the rescued women and children to their relatives” thus departing from the Minister’s earlier assertion that they “looked like Kenyans, Burundans and Rwandese”. He went further to insinuate a political motive thus ” this is an ongoing operation and when we have facts we shall be able to tell if there are political implications.”

A young lady, Susan Magara was gruesomely murdered on February 7th 2018 following her kidnap and being held hostage for 22 days. Museveni was personally and directly involved in the botched up rescue operation. It was a big shame on the part of the regime for the kidnappers to have taken both the ransom money and the victim’s life. Since then the regime has been gambling with investigations into who was behind the kidnap and murder. Logically, when you fail to track and capture the kidnap suspects at the time of negotiations, it is difficult to get them after they have accomplished their mission and melted away.

Ugandans have at different times been informed of how security has repeatedly arrested “key suspects” in the Susan Magara murder but no one has been arraigned in court and the arrest and search continues. We heard about the arrest and confession by a one Richard Asiimwe Kanyankole, Bob Kibirango, two cousins of the late Susan, her boyfriend, SSP Apollo Akankunda, Patrick Agaba Pato and now this one who had run to the said mosque. On March 7th 2018 a suspect, Patrick Ababa Pato was arrested in South Africa. A strong team of security officers were dispatched to South Africa to handle his extradition. Museveni even boasted of having called the President there over the said suspect. “………. I picked a telephone and rang President Ramaphosa myself and action was taken.” The team returned to Uganda empty handed just because South Africa is not a “SHITHOLE” country. It has a functioning government that can not be blackmailed and judiciary that respects human rights. It could not handover Pato to a regime that tortures, summarily executes suspects and with a dead criminal justice system.

The recent mosque raid came a week after The Daily Monitor ran a headline; IS MAGARA MURDER INVESTIGATION DEAD? The article challenged the regime to produce the suspects in court after 53 days following the murder. The police Spokesman, Emilio Kayima is quoted to have told the reporter thus; “I can only talk about that matter after getting a written report from CID headquarters. That’s possibly next week.”. Indeed following the raid and murder in the mosque, the regime mouthpiece, The New Vision ran a headline; MOSQUE RAID: SUSPECT REVEALS MAGARA KILLER.

The weekend raid on the mosque had nothing to do with the murder of Magara. It is just a continuation of the persecution of Muslims aimed at branding them terrorists in order to win over the west. It is meant to portray the Museveni regime as being at the forefront of fighting terrorism. It is meant to instill fear in the public and curtail their freedom of assembly, worship and association. It is another incident in a series of similar raids against mosques. The unresolved serial murder of Muslim Clerics, the murder of Assistant Inspector of Police Felix Kaweesi, the murder of a senior State Prosecutor Joan Kagezi, the serial murder of women, and the mysterious raid and plunder of villages in the greater Masaka region; all need answers.

During the Women’s Day celebrations in Mityana, Museveni informed the country that; “I have information on the killers of Magara and many of the other murders.” Such a statement should be an answer to the motive behind these unresolved murders that have always characterized the Museveni regime. I too believe Museveni knows all the killers and as Tamale Mirundi has always argued; “The culprits in these murders will be known during the next regime” after Museveni has left power. During the recent Joan Kagezi Memorial Lecture, the regime DPP, Mike Chibita had this to say; “……..there is no file directly linked to the murder of Joan Kagezi. People who did this were organised. They were not ordinary criminal, they were able to plan this and plan their exit.”

Otherwise, it is business as usual and the only difference this time is the on-spot killing of worshipers. Most likely, it is because the usual torture chamber of Nalufenya has been disbanded. The shooting must have been by mistake but the regime, fearing that Muslims would riot, had to hastily come up with the uncoordinated version of terrorism and the Magara murder suspect. Just last month security arrested a mosque leader over alleged radicalization messages. In December 2017 security raided Nakasero Mosque and arrested 11 suspects before destroying some property. Shortly after they raided another mosque in Kiwatule where they arrested 18 suspects. The police chief made a public apology over the baseless raid and desecration of the Muslim holly places of worship.

As for the alleged different nationalities of women and children, owing to the regime’s populist policy on urban refugees, several refugees flock mosques and churches in search of compassion and aid. Otherwise, I challenge the regime to liaise with the respective embassies to identity their citizens. USAFI mosque land ownership has been under dispute and as is the trend, the land grabber is the one who provided fake intelligence. Under the guise of fighting terrorism, summary execution of Muslims is the new item in the menu. For those gullible Ugandans who celebrated the closure of Nalufenya torture chamber, there you are!!! For your information, Uganda has never experienced a terrorist attack save for the concocted so called terrorism incidents. 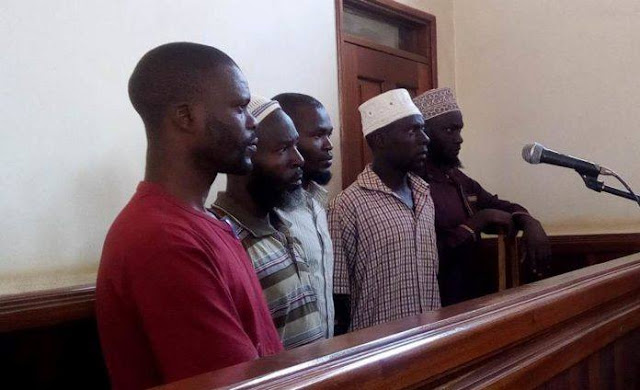 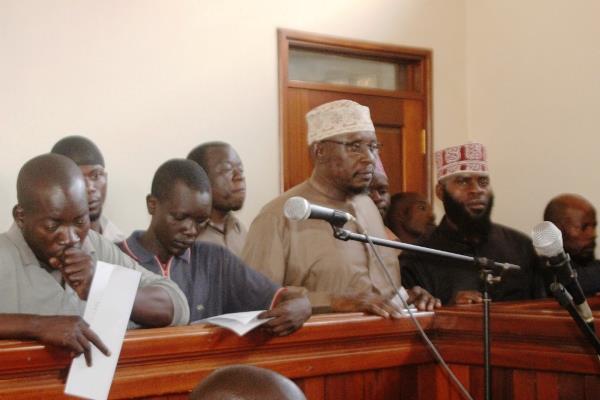 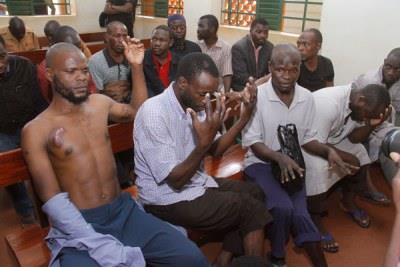