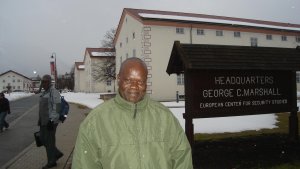 According to reports, his son Alyenyo was kidnapped last Thursday by unknown people from his home in Maga Maga, Mayuge District along the Jinja-Iganga Highway.

It is further reported that the kidnappers first asked Shs7m ransom before raising it to Shs15m.

The victim works in the Ministry of Defence on top of being a son to senior army officer.

This comes months after actress Susan Magara also a daughter to a prominent businessman was kidnapped and later murdered. Published (Halifax Canada Time AST) on: April 04, 2018 at 09:01AM