UGANDA: @UN has been supporting fraud in Uganda via @UNHCR, Entebbe Un Base @AntonioGuterres 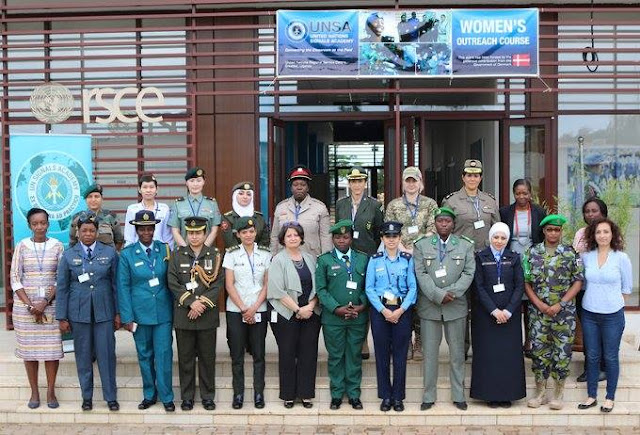 Facts about the Entebbe UN Centre

Who has been the beneficiary of UN Entebbe Centre?

Foreign Minister Sam Kutesa, who doubles as a First Family relative as well as an associate is the owner of a company called Entebbe Handling Services (ENHAS), a cargo and airport maintenance company, in Uganda.

The company once had a 50/50 operating agreement with Uganda Airlines, the country’s only national carrier.

Kutesa illegally wrestled control from Uganda Airlines of its lucrative cargo and airport maintenance business and it became the assets of ENHAS; that’s how he ended up monopolizing business at Entebbe airport.

Remember Sam Kutesa, when his own colleagues voted to censure himin 1999 for abuse of office over his Uganda Airlines dealings.

That’s the time he turned the country’s airline properties into his personal entity.

Read the Hansard of Uganda Parliament; Sam Kutesa, then threatened the life of the acting general manager of Uganda Airlines.

Now, ironically, it’s ENHAS which today places Sam Kutesa in the limelight, he and the First Family are the sole beneficiaries.

A few years ago ENHAS [Sam Kutesa] had billed the United Nations at least $30 million, possibly more, possibly that was the genesis of the story you see now. Clearly it was and still is conflict of interest, for the United Nations to have awarded a contract to Kutesa’s company, whether he revealed his ownership to the UN or not. That would be akin to former Secretary of State Hillary Clinton or another country’s foreign minister also billing the UN millions of dollars through a company they owned secretly.

It was potentially a discovery of fraudulent when Sam Kutesa did not disclose his ownership.

It’s on record that, many of the services that have been performed by ENHAS were only vaguely described as “UGA airports.”

When we posed questions to the then UN Secretary General Ban Ki-Moon and his spokespersons, as well as the UN’s legal department, at some point in fact the Organization [UN] disabled the links to which the invoices submitted through the years by Kutesa’s ENHAS.

Anticipating that the UN might take such action, I had already downloaded the invoice numbers and the amounts billed.

By disabling the links, Kutesa dragged the United Nations into his universe with this apparent attempt to cover up the $30 million in billings. That’s the time when Sam Kutesa was about to take the UN General Assembly Presidency.

Some parties within the UN had the deal all along as well.

Here are some questions we then presented to Ban Ki-Moon:

1. Who ordered the links to the Kutesa invoices to be disabled?

2. Was the contract to Kutesa awarded via competitive bidding and who were the other bidders?

3. Considering Kutesa’s past censure by Uganda’s Parliament and his involvement in several corruption cases was ENHAS in fact eligible for the UN contract?

4. How has the UN been able to monitor the contract to ensure that the work billed for by Kutesa was actually performed?

5. In addition to the $30 million documented we presented:  how much more did the UN pay out to ENHAS on the contracts?

No question was answered!!!!!

Now, come to the new allegations against Sam Kutesa, with the help of his wife Edith Gasana, of soliciting the $500,000 bribe from Chinese investors, a fact based to a complaint sworn before a US Magistrate Kevin Fox.

It is Thomas McNulty, a Special Agent with Federal Bureau of Investigation (FBI), swore the complaint before US Magistrate Kevin Fox on November 16, 2017 following the arrest of Chi Ping Patrick Ho, Hong Kong’s former Home Secretary, and Cheikh Gadio, a one-time foreign minister of Senegal over bribery allegations.

That was the catalyst of this current situation.

AUTHOR IS A LAWYER IN KAMPALA, NAME WITHHELD

TRUMP: Will Europe revolt against America ignore US sanctions on Iran?