UGANDA: Threats of attacks cause panic in country living in fear 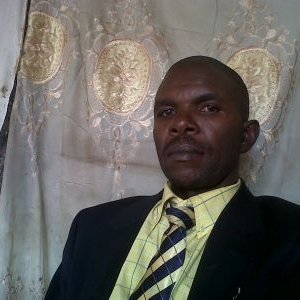 Brightish Juuko Maziga’s threat of his rebel group attacking Uganda with 6000 jets must not be taken lightly.

He stated his name, group and his location as Pretoria.

No one, no matter how stupid they are can issue such threats unless they work with the regime of President Yoweri Museveni to instill fear and panic in the population.

OR, they are supported by the South African government.

OR, they are stupid and do not understand how audios circulate superfast on social media.

There have been assassinations which, after Arua MP Ibrahim Abiriga now have the Uganda government thinking of buying bullet proof vehicles for Legislators and giving them snipers for protection. The sharp shooter thing is a bit silly though.

We have women being kidnapped, raped and murdered.

We have had people being killed by machete (pangas) weekly.

We have police being attacked, robbed of their guns.

We have many unexplained murders, including of foreigners.

Is this the time that one should threaten to attack the country? All this while we are wondering about Boda Boda 2010 and Kifeesi gang?

Brightish Juuko Maziga should be investigated thoroughly. It would be a grave mistake to take his threats as just someone looking for fame.

Parliament should demand of the Minister of Defence why Juuko threatened the country and ended up praising Gen. Elly Tumwine. Even worse, why Juuko turned into a praiser of Museveni regime and turned his anger on the woman who called the bluff.

Ugandans are now fully awake. No one should take us for granted.

I caution my friends who are dissidents in South Africa. There are spies among you.

On my part, since he threatened me and I am a Canadian citizen, I will seek an explanation from the South Africa embassy in Canada.

UGANDA: NBS TV Uganda has added UP AND ABOUT video

UGANDA: NTVUganda has added PWJK: The way forward on violence against women and grils video