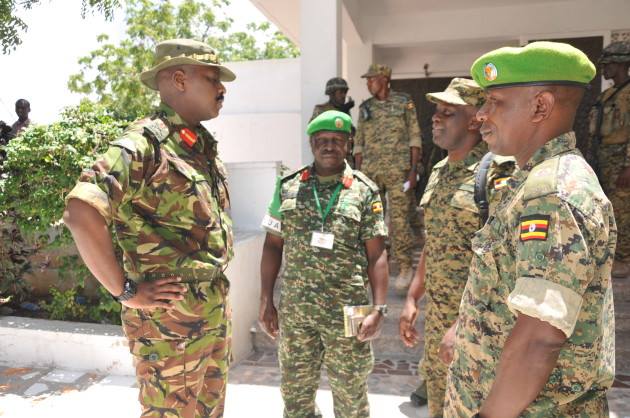 CHANGE OF GUARDS – In order to shed off the widespread criticism of grooming his son to inherit the Uganda presidency, in January 2017 Museveni relieved his son from the position of Commander of the elite Presidential Guard Unit, the SFC. Museveni instead created for his son a new position of Senior Presidential Advisor on Special Operations. Muhoozi was and remains the defacto overall commander of the army. He is the defacto Commander-In-Chief of the armed forces since all the heads of different armed forces and Intelligence Agencies report to him by virtue of his current position. Museveni simply wanted to hoodwink Ugandans by simply keeping him away from the public domain while at the same time placing him at the helm of all matters of security. In other words, the scheme to have his son as his successor is alive and kicking.

The above description of Special Operations accounts for Museveni’s formation of his elite Special Forces Command (SFC) – “to achieve a political objective” where the conventional force (ordinary UPDF) is not trusted enough. Gen. Muhoozi’s involvement with Special Operations dates back to the 2008 – 2009 botched offensive against the LRA in Eastern Congo’s Caramba National Park. The team of SFC combatants has always been with the AMISOM contingent in Somalia. Owing to its sophisticated equipment, it is charged with carrying out specialized operations more especially at night and close quarter combat (built up areas).

In November 2016 the SFC was involved in an operation that saw the attack and killing of over 100 Bakonjo tribesmen at their king’s palace in Kasese. Owing to the worldwide condemnation and threats of dragging the perpetrators to the ICC, in January 2017 Museveni opted to remove his son Gen. Muhoozi from the public limelight by way of relieving him of the direct command of the SFC. The then Army Chief, Gen. Katumba Wamala vehemently denied having given the attack orders to Gen. Elwelu who lead the massacre. Behind the curtains, Gen. Elwelu had been getting orders from Gen. Muhoozi whose components of SFC were actively on the ground in Kasese.

Instead, Museveni made his son a Senior Presidential Advisor on Special Operations. In April 2017 the SFC lead an operation that netted the Labour Minister Kabafunzaki as he allegedly received a cash bribe from a Sudanese investor. In September 2017 the SFC invaded Parliament, beat up and arrested opposition Members of Parliament during the tabling of the Age Limit Bill. The bill that has been made law sought to scrap the 75 years presidential age limit to allow Museveni who is aged 73 to rule for life. In October 2017 the SFC moved in to neutralize the standoff between ISO and Police over the security of a special Rwandese intelligence agent, Christine Umuhoza Mbabazi in Kampala. Around the same time, the SFC rounded up a number of senior Police Officers and leaders of the notorious regime militant group, Boda Boda 2010 in a bid to trim the political influence of the then Police Chief, Gen. Kalekyezi.

In December 2017, the SFC led a special operation that saw the indiscriminate artillery and aerial attacks in suspected rebel ADF camps inside DRC. The operation was called off after it proved fruitless and the ADF remains intact. During February 2018, the SFC was active in a botched rescue mission of kidnapped Susan Magara around Kampala. The kidnappers took the ransom money before eventually killing their victim. Around February 2018 in Somalia’s capital Mogadishu, components of the SFC clashed with elements of the Somali Intelligence services, NISA leaving several dead and colossal damage to property. 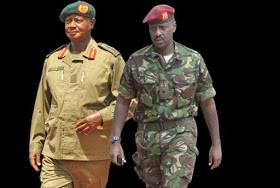 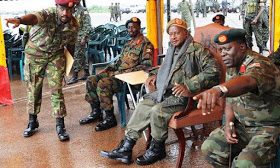