UGANDA: Span warns tourists on travelling to Uganda due to kidnaps, murders 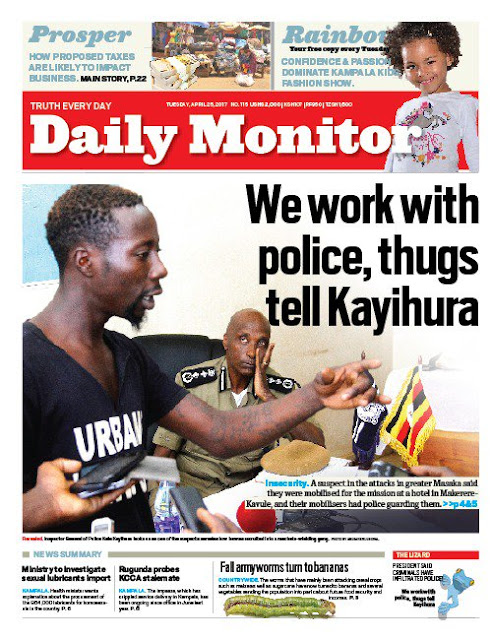 TOURISTS SHOULD AVOID UGANDA BECAUSE OF KIDNAPS

NATHAN SPAN – Tourist planning on going for a tour to Uganda are advised to use caution. The rampant kidnappings now have become a lucrative business in the country and many Ugandans, mostly women have lost their lives due to kidnapping. Rich men have also been kidnapped and murdered and so have investors (refer to media stories of 7 white people killed this year, Korean investors robbed).

Uganda Police has failed to tackle the dangerous business of kidnaps. An individual can be kidnapped for only $500.  For the average Ugandan family, $500 is such an astronomical amount of money and if the money is not delivered within a specified time, the victim is killed. We are also witnessing cases of victims being killed even after the ransom has been paid.

The president of Uganda, Yoweri Museveni seems unconcerned about these serious events taking place in his country. The government has on many occasions blamed ADF, a rebel group operating in DRC and if ADF has the capacity to infiltrate the country into the capital city, then there is much doubt about the government and whether the regime can stop the kidnappers anytime soon.

Those traveling to Uganda must take extra caution as the government does not have a credible intelligence system that will break up the kidnappers crime rings any time soon despite what security bosses are saying. Today alone, yet more people were kidnapped including a school girl yet yesterday we were told that the kidnappers have all been arrested and there shall be no more such crimes.

PROOF THAT RWANDA HAS TAKEN OVER OUR NATION.

I wrote an article cautioning Tourists to avoid Uganda due to kidnapping. The person who responded criticizing my article has a Rwandese country code (250-787-221-564) and here is her/his response
👇🏾👇🏾👇🏾👇🏾👇🏾

I can’t I imagine some one writing this is a Ugandan born..

Our country is not at that level for you to starting scaring our visitors. Our intelligence is doing well and for the few case the blame is actually on a few selfish individuals who are just greedy for money.

All the concerned Ugandans are alert to fight these few cases.
So you Span!.. Should stop black mailing our Country and find some thing important to you in your exile.

Do you need more proof that our country is under occupation? Whom do you think is gonna give you your country back? —— AUTO – GENERATED; Published (Halifax Canada Time AST) on: May 24, 2018 at 08:36AM