UGANDA: Six foreigners killed in Uganda in one month

Emirates air hostess dies after fall from plane in Uganda.

BBC – A flight attendant who fell from the emergency door of a parked aeroplane in Uganda’s Entebbe airport has died, the BBC has learned. Reports say that the crew member had been preparing a Boeing 777 plane for boarding

The woman, whose nationality has not been revealed, was rushed to Kisubi hospital 16km (10 miles) away but died soon after, a spokesperson said.

Reports say the Emirates Airline hostess was preparing the flight for boarding when the incident happened.

Uganda’s aviation authorities say they have launched an investigation.

It said in a statement that the flight attendant “appeared to have opened the emergency door” and unfortunately “fell off an aircraft that had safely landed and parked”.

Kisubi hospital’s spokesperson Edward Zabonna told the BBC that the crew member had injuries “all over her face and knees”.

He said that she had been “unconscious but alive” when she arrived at the hospital on Wednesday evening but died soon after.

News agency AFP quotes a statement from Emirates Airline as saying: “A member of our cabin crew unfortunately fell from an open door while preparing the aircraft for boarding”.

The Dubai-based airline promised its “full cooperation” with the investigation. 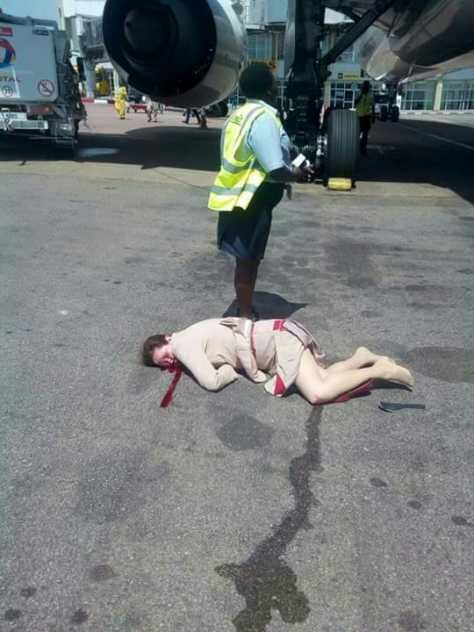 A young woman working with Emirates flight – EK 730 on Wednesday tried to kill herself by jumping out of the plane at Entebbe airport.

According to reports, aircraft was due to depart Entebbe airport when she opened an emergency exit door and jumped out of a plane.

The plane was headed to Dubai. She has been rushed to hospital with severe injuries.

He said the air hostess is yet to be identified. 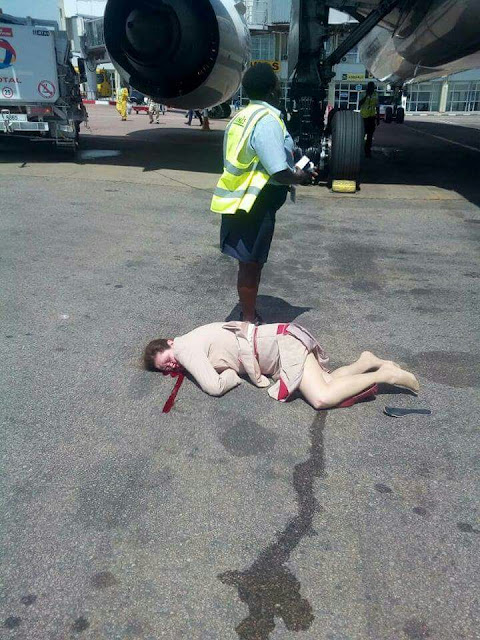 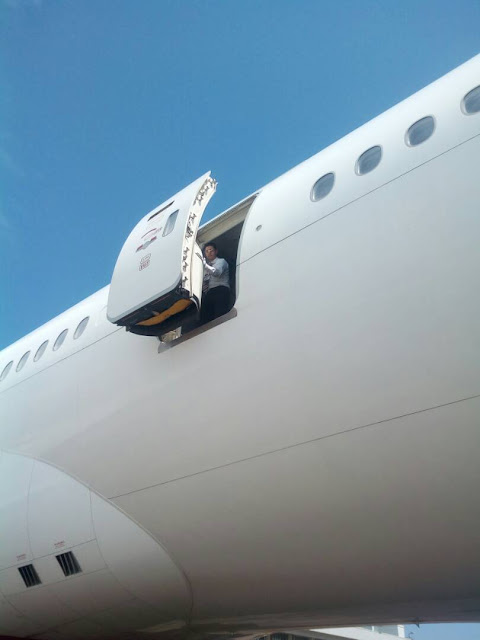 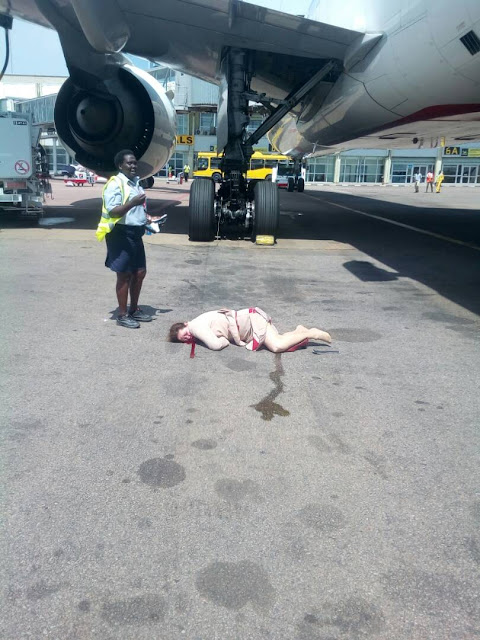 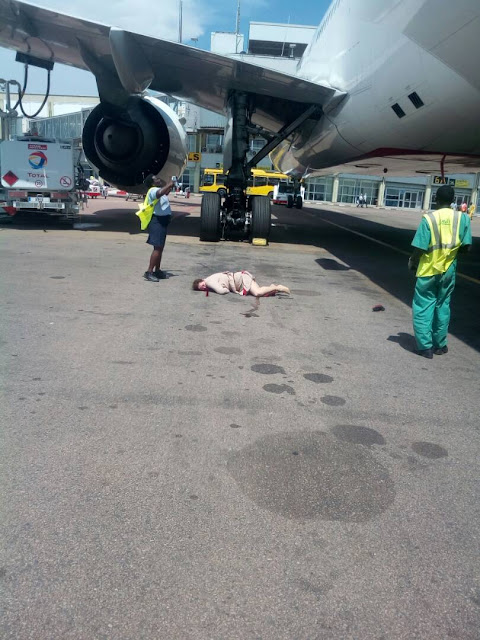 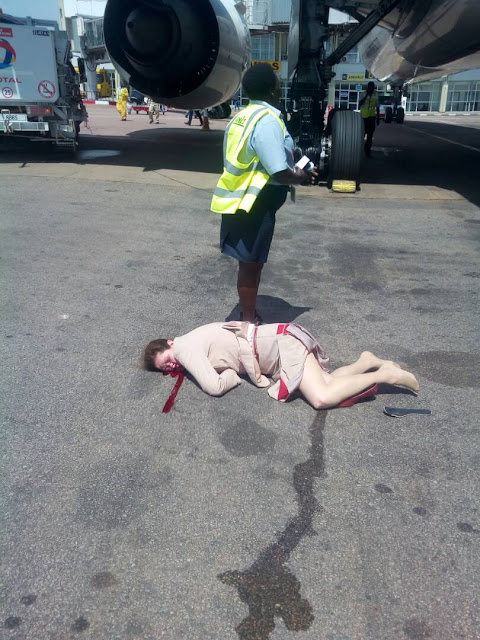 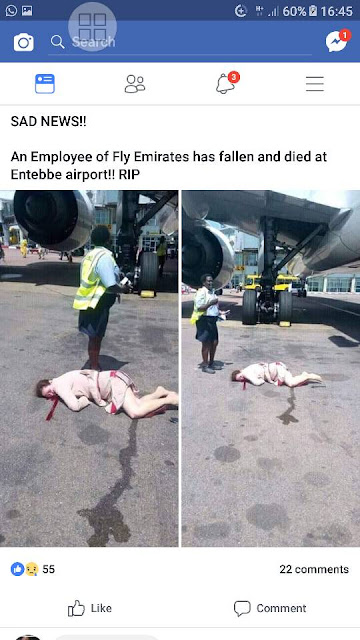 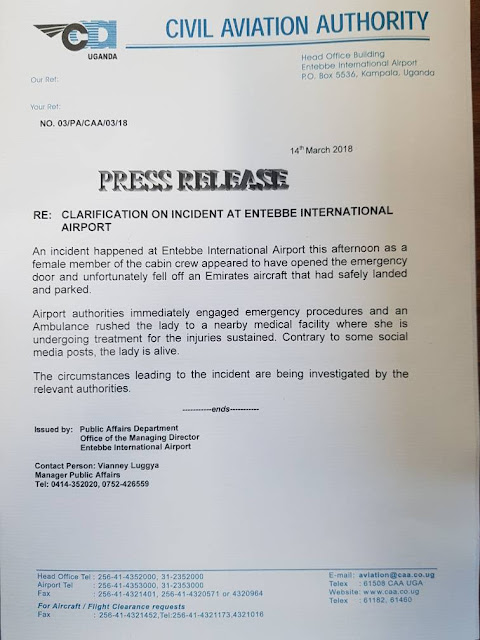