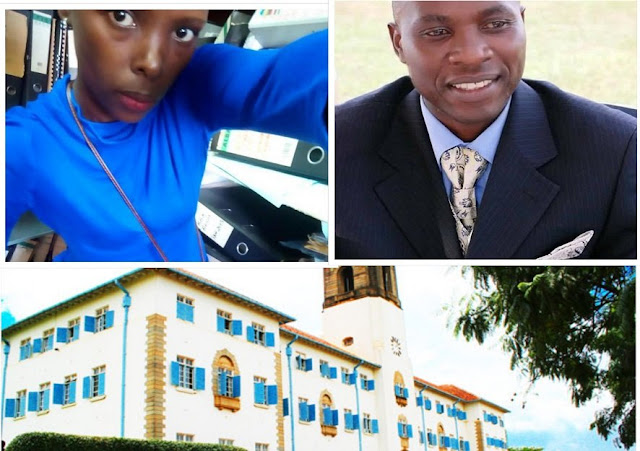 I am on record for being one of the loudest critics of the excesses in UNRA.

However, on this one, I fully support them for not repairing all the roads and bridges and borrowing for SEX.

In my right state of mind, I would have said “cut their dicks off. Castrate them. Lock them up and throw the keys in the Nile”.

But that would have been the old MLN.

Now things have changed. A student from Makerere has been attacked for her something something being eaten by a University Administrator.

My first impression was “damn! He is not doing it right”.

Till I saw the USELESS IDIOTS in Uganda media printing things like “it is okay. It is okay for a lecturer to have a relationship with a student”.

Who even thinks this? And you people complain about BONK saying President Yoweri Museveni has a brain better than all of us combined?

Didn’t Patience, Diana and Natasha not graduate when they were virgins? Did any lecturer eat their something something?

Then the stupidest girl ex guild candidate from MAK says it is love?

But one of my friends on Facebook nailed her. “It is good that you remained as aspirant for guild. Your pussy suffers”.

Basically, if you want papers from Makerere, just go get eaten.

There ought to be a red line. Do not date, sleep with or rape. Do not date your surbordinate. Is it love when you are in a position of superior?

Hands off our kids.

Want create site? Find Free WordPress Themes and plugins. “I have a mind to joinRead More