UGANDA: Regime graft is all over the place – LONG READ 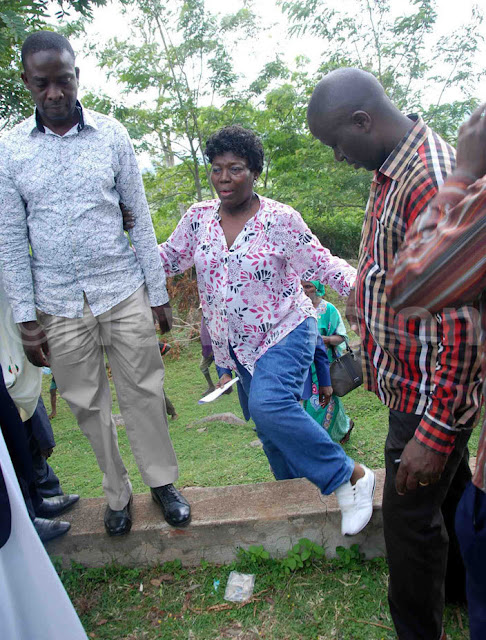 EDGE.UG – The Speaker of Parliament, Rebecca Kadaga, has tasked Members of Parliament on the Budget Committee to ring-fence shs10 billion meant for the Women’s Fund in a bid to support projects like the Uganda Women’s Entrepreneurship Programme (UWEP).

The Speaker made the call while presiding over a meeting to update MPs on the progress of UWEP regarding implementation of programme goals and how best to lobby for more funding. The meeting took place at Parliament on Wednesday, 23 May 2018.

“The women have so little but it is our Fund that is attacked. We need to protect this money so that our people can get what they deserve,” Kadaga said.

She added that Government needed to increase efforts to roll out the Uganda Women’s Entrepreneurship Programme across the country to cater for more beneficiaries.

“If we were to rate the Government on this issue, they have failed on the Certificate of Equity and Gender Compliance. 43,000 women beneficiaries out of about 20 million is too small,” said the Speaker.

The Speaker also noted that the choice of projects and limits of policy control had to be streamlined so as to effectively disburse money and quality inputs to residents in mostly hard to reach areas.

“Jinja district rejected cassava cuttings from NAADS. People are trying to spend money before the financial year closes so they are not thinking about quality,” Kadaga said.

“Economic empowerment is a very important area and all of us are working on it as constituency Members of Parliament. It is one of the eight legislative areas under the UWOPA umbrella,” noted Amoding.

State Minister for Gender and Culture Affairs, Hon. Peace Mutuuzo commended the efforts by UWOPA to advocate for financial empowerment of women through the Women’s Fund.

“We need to address challenges from the grassroots, and the Gender Ministry will continue to work with MPs to lobby the Ministry of Finance to increase funding for women,” Mutuuzo said.

MPs at the meeting advised that Government funding be channelled through Local Governments, which work directly with the intended beneficiaries including youth, women and persons with disabilities among others. 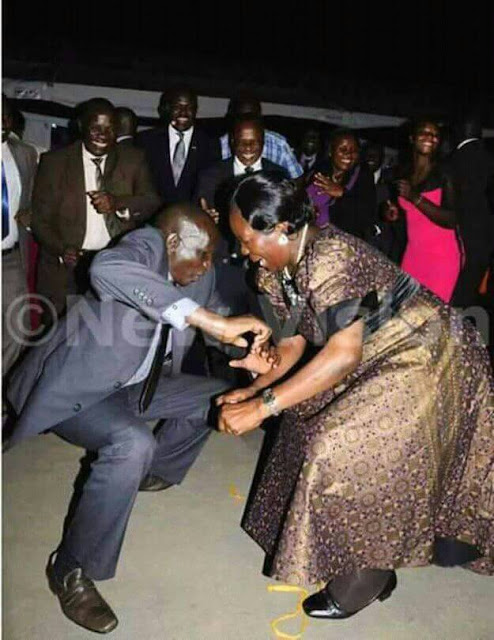 The Speaker of Parliament, Rebecca Kadaga has directed the Attorney General to explain the circumstances surrounding the unpaid benefits to world war ex-servicemen.

Presiding over a sitting of the House on Wednesday, 23 May 2018, Kadaga read a letter from Eriab Kavuma, a veteran under the Ex-Servicemen Association requesting for financial support from Members of Parliament to enable them follow up on their compensation.

In 2010, the court ordered the government to compensate ex-servicemen and in 2017, the Minister of State for Veteran Affairs, Hon. Bright Rwamirama, confirmed that the government would effect the payment over three financial years.

However, in the letter, Kavuma said that they had not yet been compensated.

“We ask you to contribute Ush500,000 every month for six months to facilitate us to follow up our compensation,” Kavuma states in his letter.

Kavuma adds that the British government had forwarded Ush20 billion to the Ugandan government for the war veterans, which they had not received.

Kadaga said that it was unfair for the government to neglect the ex-servicemen leaving them in a dire state.

“Why should we leave these old people to suffer when they served in the World Wars; these people have no money,” she said.

Kadaga said that there is need for the Attorney General to come to Parliament and clarify the matter.

The servicemen fought on the Allied side in the First and Second World Wars serving in Ethiopia, Burma and on the Indian frontier.
=====

A request to borrow up to US$200m from the Exim Bank of China suffered a hitch following intense criticism from Members of Parliament over local content.

MPs were first told by the National Economy Committee Chairperson Hon Syda Bbumba that 30 per cent of the loan meant to support rural electrification would make use of local content.

The position would later change after MP Nandala Mafabi (FDC, Budadiri West) said the project needs auditing to clear claims of runaway benefits to the Chinese at the expense of Ugandans.

“We have substantially supported the economy of China for many years…I want us to refer this matter to tomorrow. We must know where the transformers [to be used for the project] will be coming from,” ruled Kadaga.

Kadaga also directed government to produce the list of over 280 beneficiary sub counties as an annexure to the motion for MPs’ scrutiny.

MP Odonga Otto (FDC, Aruu) cast the first doubt on the project, saying it is meant to satisfy the interests of deal-making cartels, accusing the Rural Electrification Agency (REA) of mortgaging the country.

“REA mortgaged the country to this single company [contractor], now it is turning around and it is going to borrow money basing on the same company from China. This is a deal to put us into the same situation we have with Umeme,” said Otto.

Otto said he is not opposed to the contract, but that the idea of having one contractor executing the contract throughout the country is unacceptable.

He instead proposed the zoning of the country, with each zone being managed by a different contractor.

The Minister of State for Finance (Planning), Hon David Bahati, said part of the framework between government and the Exim Bank is that the contractors are to use all local materials that can be obtained in Uganda.

He, however, said the issue of having a singular contractor at the time of obtaining the loan is a matter of law.

“We have conditions on how to deal with Exim Bank…it is our policy that all local materials are utilized by foreign companies working here. The issue of a singular contractor is a matter of law, but others may be subcontracted later,” said Bahati.

Kadaga said if one contractor is to do the work, then it will be a raw deal for the country.

“Is it true we are going to have one contractor? If that is true, then that is a raw deal for this country,” said Kadaga.

The Committee, in its report, approved the loan, saying $13m is counterpart funding and had urged MPs to provide for it in the ongoing appropriation.

The Committee recommended speedy implementation of the project to avoid having unutilised electricity by the country.

“In order to avert the potential risk of the country having idle installed capacity of over 900MW by 2020, implementation of this project is of paramount importance,” said Kadaga.

Did you find apk for android? You can find new Free Android Games and apps.
Sharing is caring:
crime, politics, UGANDA Uganda, Crime, Politics Comments Off on UGANDA: Regime graft is all over the place – LONG READ Print this News

« UGANDA: Bishop tells Lukodi massacre survivors to just get over it! (Previous News)
(Next News) SUDAN not withdrawing its mercenaries from Yemen after all – VIDEO »