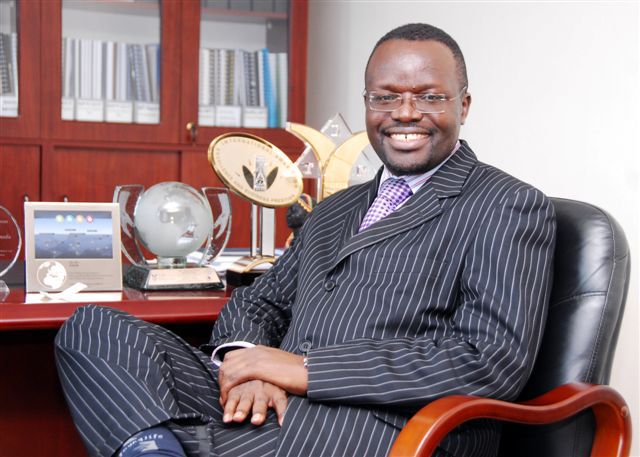 Failed Makerere University vice chancellor Prof. Baryamureeba is battling with the reality of his failures as he is working tooth and nail to stop the re-appointment of Prof. Balunywa at MUBS.

The sigh of relief that came with the young blood taking up the mantle of the Ivory Tower (Makerere) vanished in oblivion.

He miserably failed and was kicked out of the makerere for among others grabbing donor money among. Instead of looking at the Institution he was busy looking at himself and no wonder he has got 2 Mercedes Benz.

Government fixed him in Mubs as chairman of MUBS council.  His plot to kill that institution is now alive.

He went around and gambled founded Utamu and he’s Co founders have of late kicked him out for his continued failures.

He tried to bounch back to Makerere where he had miserably failed and could not succeed. His record was still alive.

Nobody wants him near Makerere, full of himself he tried the presidential job and we all know what happened.

At UBTEB they are waiting to see him out,  in Mbarara university  he disagreed with the former DVC  Pamela and led to her exit. a she has never forgiven him.

He is now busy wanting to transfer his failures to mubs by lobbying to become the next vice chancellor against the President’s advice to reappoint the former.

He is working with the PS of education and Robert Ochieng to mislead the first lady to write a letter to advertise balunywa ‘s job. He is now  working again with the same people to defy a presidential directive to re appoint Balunywa.

He acted dubious and leaked the first lady’s letter so that the public thinks that balunywa is a gone case before the state.

He also created an online news letters on which he interpreted the first lady’s letter, in essence he wanted to prepare the public for balunywa ‘s exit and blame it on the first lady.

The PS of education who was recommended by the first lady has fallen prey of Baryamureeba ‘s trap along with the director of education Ochieng. They are defying Museveni’s directive to reappointment Balunywa.

Baryamureeba has nothing to loose in this scheme. It is them to loose. He is food at using and dumping people, During his time.at MUK and now at Mubs he has used and abandoned many.

People love Balunywa as a matter of fact. Much as some of the ministry officials under estimate his popularity among staff, students and the general public.in the Kyabazinga land he’s a hero.

Balunywa is a national asset far bigger than Mubs deployment where he’s currently being under utilised. If Museveni knew Balunywa’s abilities, he would not be in mubs today but rather be doing bigger things for the nation.

But he loves him bse he has kept him there on all occasions when he has been fought. And as it is now, he emerge victor in this war that failure Baryamureeba has started without knowing its consequences.

Baryamureba continues to gamble and scheme from all angles. He won’t succeed on this filthy deal. —— AUTO – GENERATED; Published (Halifax Canada Time AST) on: May 17, 2018 at 11:37AM

Did you find apk for android? You can find new Free Android Games and apps.
Sharing is caring:
education, politics, UGANDA Uganda, Education, Politics No Comments » Print this News