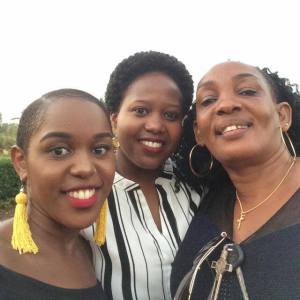 KAMPALA (@UG_EDGE) – Recommendations: We request that an independent technical team be allocated this line of investigation to bring it to its logical conclusion.

Failure to do so could compromise this case. This is the only line of investigations that has clear motives and justifiable evidence.

Arrest and interrogation of Immaculate will have her mention her accomplices since she seems to be an evil step-mother who does but with little experience in hard crime.

Either she was over confident as a wife to the big man and though she could not be suspected that she continued to use her phone to make all calls from her known MTN line or it was just a clue that all criminals don’t manage to hide.

As we await or Pato’s repatriation, Immaculate as the second major suspect should be interrogated.

In relation to the above, since we suspect security officers and telecom staff to have aided the crime, it’s possible that the suspect will be advised to dispose of these exhibits to elude the crime.

Proper analysis of the call trends and interrogation of the call parties of Immaculate Magara if there is premafacie evidence against her.

We have much belief that the planning and murder of Susan started way earlier and in December the final execution plans were being drawn. The execution was done by people known to the family.

The possible reason for her murder after the ransom was paid is because the kidnappers were known people to her and they could not spare her to leave a trace.

Investigation are meant to both prove and disapprove facts, rumours or sentiments, we request that this be done to clear Mrs Immaculate Kabajulizi Wandera Magara of these allegations in the public court or to get Justice for Susan incase Immaculate and her daughter, and her friend Patrick Agaba Kasaija participated in the plan.

Attached is a map to aid the investigation team, CDR of Immaculate and Kiconco Moses and selected suspected numbers and their dates of call.Confidential report: the Susan Magara murder [end] —— AUTO – GENERATED; Published (Halifax Canada Time AST) on: April 30, 2018 at 01:04PM