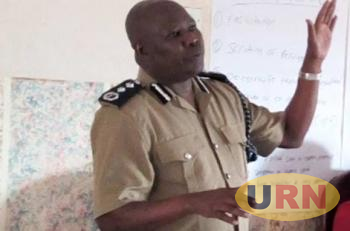 First announcement: “Makmot died of a blood clot. Government is making arrangements for his family to fly to Dubai so that a postmortem can be done. He was travelling back to Uganda after attending 3 weeks training in USA.  He died while transiting in Dubai to Abu Dhabi to fly home”.

Third announcement: “Makmot died of a blood clot. This was confirmed after government pathologists did a postmortem”.

MAY HIS SOUL REST IN PEACE.

1) Makmot was a consultant. I had no idea that a consultant gets paid to go abroad for 3 months (all expenses paid) to study!

2) Fly from NYC to Florida to fly to Uganda.

3) Fly from Florida to Dubai to connect to Abu Dhabi.

5) It was mentioned that he was on the plane for 20hrs. I swear to God I do not know of any plane that stays in the air for 20hrs.  I have only done Paris to Johannesburg for 11 hours though so maybe I need to try flying the Uganda way.

CONCLUSION:
Yes, blood clots happen when one is immobile for a long time and most common while flying.  But why was dude flying for 20hrs?

It is not so much that we doubt blood clots in elderly people who fly but we doubt the mixed messages (Press Releases) which media publishes like regurgitating everything UPF or UPDF says without any questions asked about the inconsistency.

Yes, President Yoweri Museveni is old and senile but does this mean all the journalists are also IDIOTS?  The flight route alone meant that he was not at any point on the plane for an extended period of time and why so many connections? Then why publish even the first statement that says he died of a blood clot but the family is on the way to allow a postmortem to be conducted?

Bajja kubaata nga ntunulira! But anyway, he can now convey our greetings to Aronda and Kaweesi and tell them we are living in hell.

Did you find apk for android? You can find new Free Android Games and apps.
Sharing is caring:
UGANDA, Opinion Uganda, Opinion Comments Off on UGANDA: Police consultant Makmot’s death Print this News