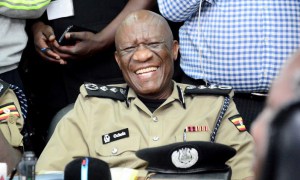 Muzafaru was the welfare and production director. ASTU was first headed by AIGP Haruna Isabirye.

Superintendent of Police Twaha Etima has been moved from the Field Force Unit to Hoima as the district police commander.

Benard Akankwasa has been transferred from Hoima to the Welfare and Production directorate.

Meanwhile, over 3000 police officers are reported to her deserted the force.

According to Deputy Police Spokesperson Patrick Onyango, this was revealed by IGP Ochola who replaced General Kale Kayihura.

“These officers are Away Without Official Leave (AWOL) although they continue to receive monthly pay from the tax payer,” Onyango told press at Central Police Station [CPS] on Monday.

He said the force is already on the hunt for the said officers AUTO – GENERATED; Published (Halifax Canada Time AST) on: April 10, 2018 at 11:13AM