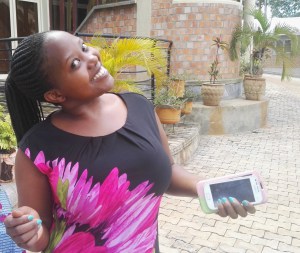 KAMPALA (@UG_EDGE) – Mrs Immaculate Magara from December 2017 to date (the only call logs we accessed) has called numbers from her known telephone MTN line which cannot be interpreted; they don’t have call logs, have almost similar numbers that follow each other chronologically and have call durations but no call data!

It’s only her and another number in the names of Kiconco Moses but registered with the village Identity card of Mrs Wandera Tibandikira, Immaculate Kabajuli Wandera’s mother that called the suspected numbers.

NOTE: Immaculate Kabajulizi’s mother is a Muhororo so a number in a Kikiga name would be seen to be belonging to Immaculate’s maternal relatives.

On further scrutiny Mr. Kinconco’s Phone is viewed in Buraru, Hoima the Home village of Immaculate Kabajulizi (See attached sample of the unregistered numbers on the CDR of Kiconcho Moses and Immaculate numbers).

These calls according to research can only be made on a (SIMBOX) where there is computer generated fictitious numbers which override a Network to avoid being detected or to avoid Bills, for this case the later may be true.

Simboxing can be done with in a network or outside the network like the satellite calls.

For this specific situation it is possible that MTN staff could have participated since the fictitious lines have seemingly MTN codes.

There is a suspect believed to have been arrested by the CMI called Agaba Patrick living in South Africa.

The real connection of Agaba and the murder of Susan Magara is not yet clear but what is clear is that he visited Mr. Magara’s home in December 2018 twice in Hoima.

Mr. Agaba was God parent with Immaculate Kabajulizi when they were baptizing the child of one youthful Munyoro Boy called Musinguzi Wyclif. Wycliff is one of the friends to Agaba and he is a son to one of Immaculate’s friends called Ms Kabasita.

Immaculate and Patrick Agaba aka Pato were seen by people in Hoima at Kabasita’s bar. Kabasita confirmed that the duo met at her bar but declined to speak much as her son Wyclif is still in custody.

Wyclif and was arrested with his friend Muhanuzi Dan who also happens to be a boyfriend to Renatta Magara, Susan’s sister.

Dan and Wylciff are best friends to Pato and Pato boasts of having opened business for them.

Their CDR show that they were in the areas where the ransom money calls were being made. It is possible they were on the front line for their friend Pato.

Indeed Mr. Agaba went back to Bwedero Dairy Farm in Hoima on the second visit and Susan introduced him as a cousin.

It is believed Agaba was present in Uganda during the Kidnap and murder of Susan and went to Kenya by aeroplane, spent four hours in Nairobi and returned to Uganda by road.

It is also probable that Mr. Agaba Patrick was the person being called on those coded numbers. Each number was called twice then it changed code.

It is probable that Immaculate was calling one number that was programmed to change code when called the third time.

All these numbers that look like normal MTN numbers were all outgoing. Only Immaculate and her relation in Kibingo called them.

Close analysis of her CDR shows that from December to time of the kidnap, Immaculate Kabajulizi called the suspicious numbers, then the brothers and sister or Kiconco Moses.

It is probable that all her relatives in Buraru, save for her sister Assumpta Wandera in are in the know of this plan that seems to have been hatched over a long period of time.

It would be good to get Mrs. Magara’s CRD for the entire 2017 to establish when she started calling the suspicious numbers.

NOTE. Two of her brothers work in Bwendero Dairy Farm. One is a bank agent called Wandera Ninian and another is called Wandera Clement (an electrician).

UGANDA to borrow $212mln from China to help sell electricity