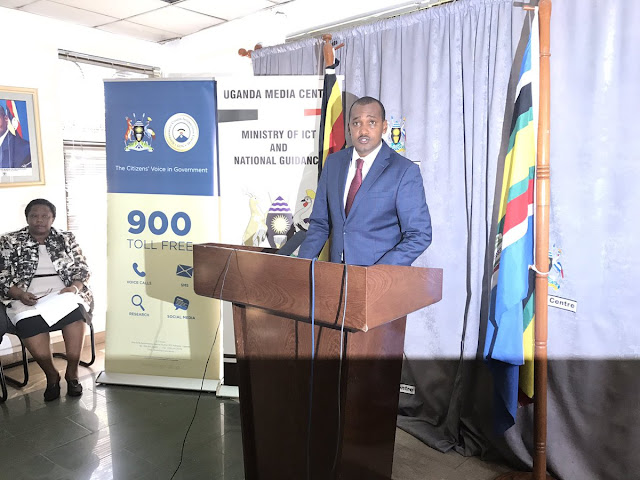 KAMPALA (@UG_EDGE) – Cabinet in a meeting at State House on Monday agreed that Uganda Revenue Authority[ URA] is given mandate to get information on accounts of suspected people but those who pay their taxes and have no bad records shouldn’t disturbed.

The Cabinet noticed that it would bring chaos in the public, according to ICT minister Frank Tumwebaze.

He said the Cabinet therefore agreed that URA should use the existing mandate given by the Constitution of Uganda but not ask for access all citizen’s information from banks.

A total of 30 Commercial Banks under their umbrella association, the Uganda Bankers Association have petitioned the Constitutional Court, challenging URA’s move to obtain account details of all banked Ugandans.

Through their lawyers of AF Mpanga and Company Advocates, UBA filed the suit against the Attorney General and the Commissioner General of Uganda Revenue Authority, Doris Akol.

The tax body said it needed this information for its tax collection work.

Lawyer Yusuf Nsibambi says at first he wasn’t for this idea but on reflection, he realized that it’s okay for URA to seek these details from the bank.

“But this right to privacy doesn’t mean you should be left alone and specifically here it’s national interests and its proper.”

Nsibambi says in the tax procedures act, URA has the mandate to collect tax. A bank shouldn’t be a den of thieves who are evading tax, these rights to do with privacy are not protected when it comes to tax payment because it’s a national interest.”

According to him, most people are not declaring what they have to pay and what they really earn and now URA has to come out and enforce it, people are now hiding their resources in the bank.

“Banks are the ones benefiting from misappropriated wealth, they recycle it into loans. No one is complaining, it’s the banks,” he said, adding, “The central bank has no capacity to monitor and supervise banks. I think it goes beyond supervising a bank, it should start at who you issue a license to.”

Nsibambi says the directive isn’t going to affect the normal tax payer because they always clear their tax at the border, it’s going to affect those people who evade tax and have huge sums of unaccounted for money. AUTO – GENERATED; Published (Halifax Canada Time AST) on: April 10, 2018 at 01:10PM