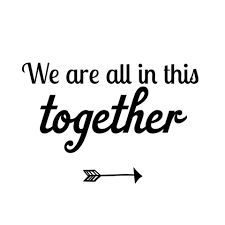 Some habits die hard if at all they die. Others don’t die until they take them with you. And in some countries like Uganda where the dead are deployed as ancestors, even in the grave some habits of some people still live on.

As you all know, I live in a bizarre country where integrity has been kicked to the corner and mauled to pieces. In more than few instances, anyone’s act of honesty and integrity earns them a place on the wrong side of humanity according to Ugandan standards. And these signs have dogged us for long to an extent that we have now grown accustomed to lies, untruth and deceit if all the words don’t mean the same. Even to reach this far in my tirade, it is deceitful if I said that 50% of the people that read the first paragraph have continued to this point. Nevertheless, we shall continue with our discussion.

Yesterday on my way from the big city, I met a young man, a longtime friend who in his wisdom chose to study education and enlighten our country. Taking on a burden of educating our nation as many of our citizens have chosen to. He told me a number of issues including his 8 year wait to secure a posting to a government school whose salary payments however low and demeaning are at least consistent.

The last time I had met this OB (Old Baboon, since the word boy is demeaning to a circumcised Mugisu) was 2016 when he had applied for a job and was going to sit for interviews.

“My brother, these habits that we see in ourselves at tender age will follow us to the grave. Never think that a girl who was a thigh vendor in high school will ever become a Saint after marriage. Never despise the humble beginnings of a village thief, given chance he can become an international thug.”

I was looking at him in amazement as the conversation seemed to be heading to international thugs but was taken aback by the passion with which he spoke every word. The lapse of time he took to continue the conversation felt like days and when he restarted, I wished he could tell it to the end.

“Do you remember Peter (not real names), the one who used to cheat in every game we used to play at school?”

Of course I could remember him very well for something very funny that happened between us.

He was a kalo-mate (one born in the same village as me). Back in the days while practicing how to date, his callous behavior had made him a broker in love relationships in our village. This art of his elevated him to king status that just like Jesus, no one could win a love unless they passed through Peter. In my naivety, I had approached him to seduce my would-be first love to which he accepted. He then kept asking for money and other items to replenish the relationship to which I obliged and gave him.

Two weeks down the road and without seeing any sign I swallowed my pride and asked the girl out at the village well. To cut the long story short, Peter used my money and gifts to front his own love ambition and by the time I could penetrate, the girl was already spending some nights in Peter’s hut. He used my own money to his benefit.

I could not believe what my OB was telling me when he said that the same guy, who is now a man had solicited money from this gentleman to help him obtain a placement in public service, which money was given to him. When shortlist came up, it was Peter’s wife who appeared on the list and not my OB who had parted with a good sum of money. It is his belief that Peter had solicited money from this guy with a promise of helping him secure a job; he had however used the same money to help secure a place for his wife instead.

That is the price we pay when we indulge into corruption; but maybe we have grown up with these habits only perfecting them with age and practice. That is why if you see a bad habit crop up in you, it is better you start fighting it in its early stages before it can gulp you, if your child bullies his school mates and you laugh it off as stubbornness, you may be breeding a future terrorist.

The same way we laud ingenuity, creativity and academic excellence should we react appropriately to a child who lies, steals sugar, beats others or hurts self when angered. These habits die hard and we have a national debt that your generation has accumulated for us to pay when you guys are dead and gone to serve your punishment in hell; on top of that, don’t add to us thieves, dictators and terrorists. Our generation faces a heavy burden that we cannot afford the same corruption that you guys are sailing in!