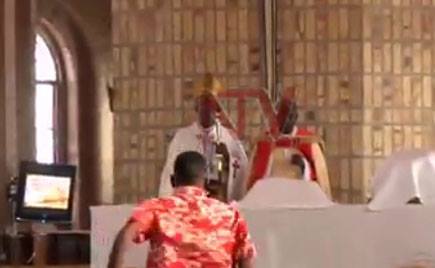 CHANGE OF GUARDS – The Museveni regime is reputed for abduction, arbitrary arrests, torture, detention without trial, and malicious prosecution and general persecution of Muslims over concocted terrorism charges.  Hundreds have gone through such ordeals while many more continue to be held in different detention facilities over alleged terrorism.  Even where courts of law have intervened to grant bail to accused Muslims, state security agents have violently kidnapped them from court premises. 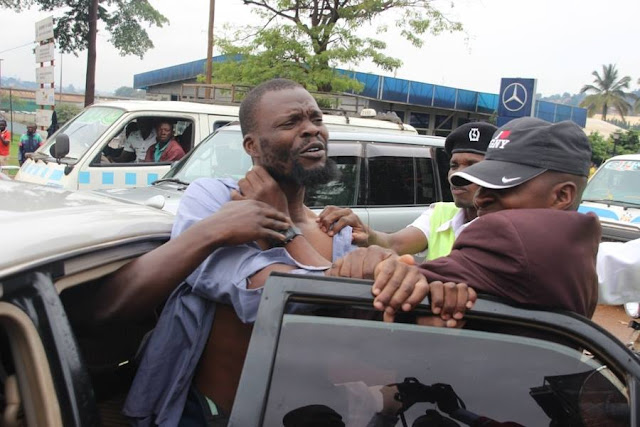 During the recent Easter Day prayers at Namirembe Cathedral, a member the congregation, 35 years old Herbert Kaddu dashed from his seat, ran through the isle towards Bishop Luwalia who was preaching on the pulpit.  Partly dressed in a piece of a bark cloth and holding a stick, Kaddu fell down as he tried to jump over some furniture at the altar before he was overpowered by the congregation.
In his defense, Kaddu claims that he wanted to hand over the family fetishes (stick and bark cloth) to the Bishop after discovering that they were useless.  On why he had to run through the isle, he claims that because he wanted to beat security which he feared would stop him.  Members of his family have asserted that Kaddu is mentally unstable.  The police says its medical examination has revealed that he is mentally stable to stand trial.  Today he was charged with two counts of threatening violence and disturbing a religious assembly. 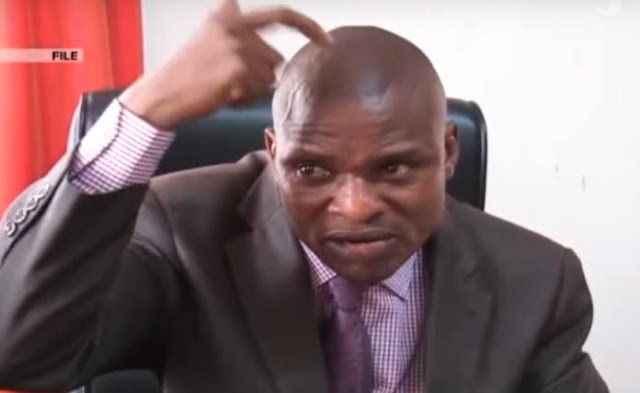 Kaddu’s defense looks valid because its a normal practice for reformed Christians to surrender their fitishes to church ministers without giving notice.  Whoever introduced the deployment of security personnel during normal church service is responsible for Kaddu’s awkward conduct in order to beat unnecessary security presence.
Security in church, security at funerals, security at social gatherings,  security in classrooms, security at the graveyard, oh my God!! Otherwise if he had criminal intent, why would he park his personal car and dress conspicuously and carry a stick instead of a hidden knife? 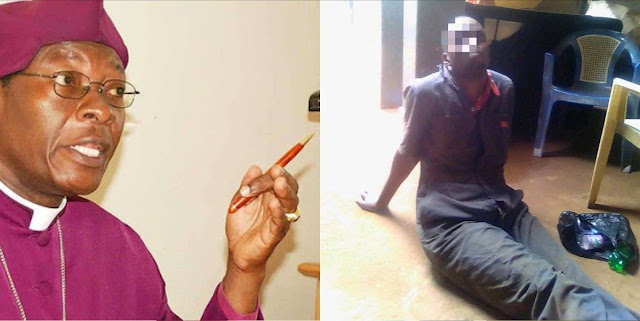 Why would he dash to the alter in full view of the congregation instead of strategically waiting for his target as he would go through the isle at the conclusion of the service?  On the other hand, one wonders why a regime would take the trouble to distort the face of Kaddu’s picture (see Photo)!!!!!  The regime is fond of parading such suspects before cameras.
What if Herbert Kaddu had been Abdul Kaddu, would he have escaped terrorism charges????  He would have been held and tortured in un-gazetted torture chambers for months before being produced in court if he would be lucky enough to stay alive.
It’s just redundancy.
INFORMATION IS POWER AND THE PROBLEM OF UGANDA IS MUSEVENISM.

« FACEBOOK: Data on 87 Million People May Have Been Shared (Previous)
(Next) RUSSIA SPY: Skripal Poison Could Have Been Produced in US, UK, France – EU Researcher »