UGANDA: Museveni’s son (next president) says only the rich should rule Uganda 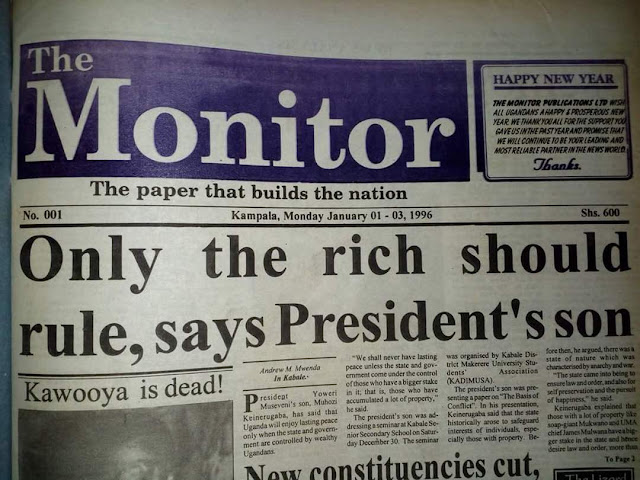 Gen. David Muhoozi Kainerugaba is DAFT.  Why utter such nonsense to an impoverished nation whose impoverishment is the creation of his thug father? The entire family and clan are leeches.

So we have the father insulting us on the one hand about being poor and how Uganda now has the most peace and security and then the DAFT comes along to tell us only they can rule because they are wealthy. This after they have robbed the nation clean.  May thunder strike them! Amen.