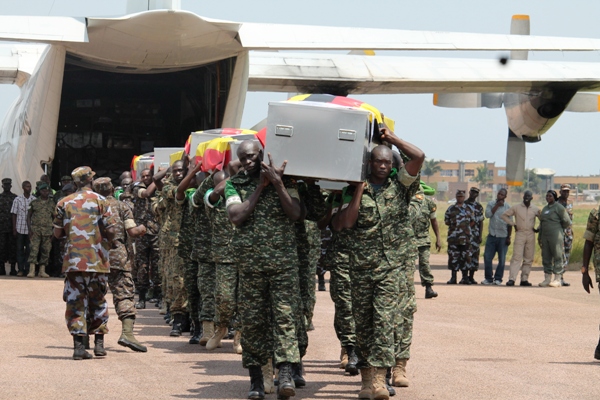 WHY UPDF IS LABELED AS SITTING DUCK

A sitting duck is a person or thing with no protection against an attack or other source of danger. When we live haphazardly – oblivious to our surroundings – we can easily become a sitting duck. The Bible is very clear that we have a very real enemy so we should be aware of his tactics. Know Museveni’s tactics of lies. Bonabaggaggawale crap.

Think about a wolf attacking a sheep or lamb. The predator looks for the weak, the straggler, and perhaps the one who wanders off oblivious to the dangers lurking in the shadows, and Museveni is looking for that poor you, hungry to enlist you in his army. Don’t give the enemy room to move in your life.

Don’t play around with your life by enlisting in uganda army.

Take it from Span, if you do, you will become a stupid sitting duck in a foreign country and Museveni will honor your death by contradicting his military spokesman. Once you’re dead, you will become a number. Eight UPDF soldiers were killed or sorry only four and nobody knows your name anymore you become just a number.