The incident occurred on Wednesday 4th April 2018 around 5p.m when older children played around the compound.

Identified Morris Wangolo, the suspect is a resident of Kisitu Island.

It is said that he lured the baby girl into picking a sweet from his room where he allegedly defiled her from.

It was not quite long when the mother heard the child screaming and ran to find out what had happened.

Feeling ashamed, its alleged that Wangolo peeped as he came out of the house with the zip wide open.

The cry of a weeping mother sparked off anger among residents who beat the suspect up.

On being questioned about the motive, he claimed it was the work of the devil however the angry community told him it would be last time the devil would use him.

Both the girl and the suspect were taken to a police surgeon at Mukono Hospital for examination.

The suspect and the girl were examined by a police doctor on police form 24A and 3A respectively and he was found to be a mentally sound adult.

The medical report confirmed that the toddler had been forcefully defiled, hymen freshly torn and a white discharge in the girl’s private parts, suggestive of the presence of semen was found.

A charge sheet for aggravated defilement and the file has submitted to the Resident State Attorney in Mukono Magistrates Court for advice.

This is a barbaric and ‎wicked act capable of impeding the healthy development of the child.

Police condemns it and calls upon all mothers to be vigilant and careful with their girl children. 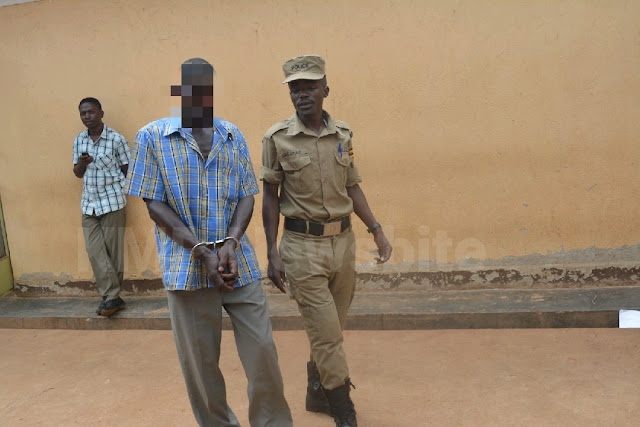