What has inspired the kidnappings in Uganda?

KAMPALA (NTV) – Between December 2017 and March 2018, there have been over 10 widely publicized cases of people who have been kidnapped and even killed, while others are still missing.

On Sunday 25th March, Charity Kyomuhirwe was laid to rest in the district of Bushenyi following her murder by unidentified people who dumped her body in Kabaawo Zone, Nalukolongo in Kampala

Residents of Masajja-Kibira B Zone in Kampala were she was resident narrate her last moments of life.

Even when police intervened, we learnt that relatives went ahead and sent a ransom to the kidnappers, but this didn’t save Kyohirwe’s life.

Kidnapping people for ransom seems to have become an increasingly common crime in the country, going by different media reports in recent months.

Between December 2017 and March 2018, there have been over 10 widely publicized cases of people who have been kidnapped and even killed, while others are still missing.

Fear and tension among the public keep rising every day since security agencies are slow at investigations and bringing the perpetrators to book.

Fred Egesa, a security expert suggests that this is a new brand of crime but security agencies have adamantly mishandled it.

He advises the government to improve on expertise in technology to be able to use traces left by the criminals.

According to Egesa parliament should improve on the Laws by reducing penalty for kidnappers who don’t hurt their victims in order to reduce of the rate of killings in such incidents.

Written by URN, THE OBSERVER, Kampala 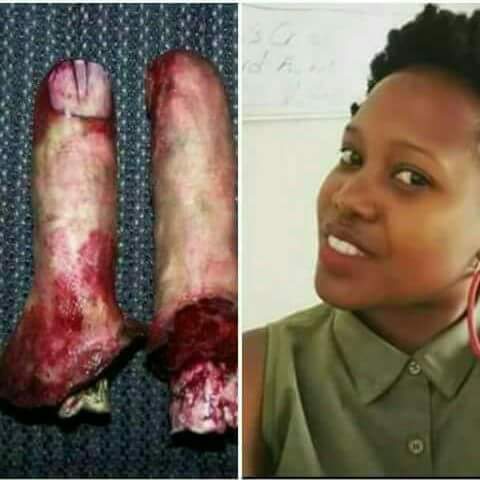 Eleven out of the 48 people kidnapped in the last three years are still missing despite police efforts to search for them.

In the last three months alone, of the nine people who have been reportedly kidnapped, one is still missing. In 2017, 22 people were kidnapped countrywide and eight of them are yet to be found.

In 2016, seven people were reported kidnapped with one still missing while in 2015 out of the 10 people kidnapped, one was never found.

According to the Police Flying Squad records, between 2015 and 2018 a total of 48 people of different age and genders were reported kidnapped. Out of these, 26 were found by police alive while eight were found dead.

A reliable source in police who preferred anonymity told URN that in almost all the cases, a ransom was asked for and paid.

“The kidnappers always ask for ransom and it is paid to them. Most of the time we use these as a chance to track them and arrest them,” the source said.

Last month, for instance, the body of Susan Magara, an accountant who had been kidnapped three weeks earlier, was found dumped near Kajjansi in Wakiso district.

The kidnappers had asked for and obtained ransom money believed to be over Shs 700 million from the family. Some of her fingers had been cut off during the three-week ordeal.

In some of the cases, the police found that the cases were of self kidnap, something that led to the arrest of the alleged victim.

Out of the total 48 cases, eight were of self kidnap. For instance on 20th June 2015, the family of 23-year-old Geoffrey Bbale, a resident of Makindye received a ransom call asking for Shs 3 million to have their son released.

A case of kidnap was immediately filed and operatives from the Flying Squad began the search. After three days, the phone used to call and ask for a ransom was tracked to Mpoma in Kayunga district where Bbale was found having kidnapped himself.

He was immediately arrested and handed over to Katwe police station.

« TECHNOLOGY: How Facebook was able to siphon off phone call and text logs (Previous)
(Next) UGANDA: Regime to open UAE centre to cater for their slave traders »