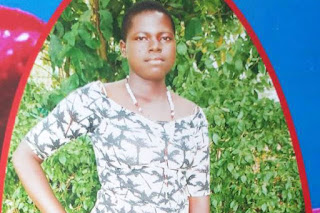 MASAKA (DAILY MONITOR) –  Yet another kidnap, killing of a young girl and grieving parents. Except this time, the police authorities at Old Kampala reportedly asked the father of the 17-year-old girl, kidnapped last week, to buy fuel so as to speed up investigations.
But police spokesperson Emillian Kayima yesterday said he has cross-checked the claims with officers at Old Kampala Police Station who have dismissed the allegations as baseless.
The girl is now feared dead with her kidnappers sending mixed signals about her being alive or dead.
Mr Fred Kasagga, a resident of Kigo, Villa-Maria in Kalungu District, is the father of Rose Nakisekka, who is said to have been killed after her family failed to raise Shs5m the kidnappers demanded.
READ: Pastor arrested over teenager kidnapped at taxi park
He says the kidnappers told his brother they had already killed the daughter, saying they delayed sending them money.
“They again called saying they had nowhere to keep the body, threatening to drop it in a place which I can’t easily trace,” Mr Kasagga says.
But, the kidnappers told him that if he sends them another Shs150,000, they would drop the girl’s body on any road within the city centre where the family can easily locate it.
Mr Kasagga says he did just as the kidnappers demanded and sent the money on the same telephone number, which he later learnt was registered in the name of a one Christine Namataka, not his daughter’s name.
How it started
Mr Kasagga told Daily Monitor yesterday that at about 3am, last Thursday night, he was jerked out of deep sleep by a phone call.
He wondered who could be calling at such an odd hour. The puzzle deepened as the caller’s number was not in his phone contacts.
The caller did not say much except to announce that his daughter, Nakisekka, had been kidnapped.
“Hello…Your daughter has called informing me that she has been kidnapped and doesn’t know where she is right now,” the unknown caller told Mr Kasagga.
He says the caller who later identified himself as Nicolas Kawuma, told him that he had gone to report the case at Kampala Central Police Station.
“I quickly called my brother in- law, Mr Gerald Mbidde, who stays in Nateete, requesting him to go and liaise with Mr Kawuma who was at that time at the Central Police Station.
ALSO READ: Woman stages own kidnap to get Shs25m from boyfriend

“But as I struggled to get to terms with the shocking news, I received another phone call, still from unknown people who used my daughter’s known telephone number,” Mr Kasagga says.
These strangers, according to Kasagga, asked him if he knew the telephone number they had used.
“I quickly responded, that it was my daughter’s. They immediately told me they have kidnapped her and wanted Shs5 million in ransom or else they kill her,” he says.
Perplexed, Mr Kasagga told them he had in his life never raised such an amount of money, as he pleaded for a lesser amount. The kidnappers quickly cut down their demand to Shs3 million, which he still couldn’t afford. He pleaded with them and was told to send them Shs1 million through mobile money to save his daughter’s head.
Amid tension, the father made more frantic calls to relatives and by 8am on Friday, he had raised Shs500,000 which he later sent to the kidnappers.
He then left his home for Kampala on Saturday to join his brother-in-law, who told him that officers at Kampala Central Police Station had referred him to Old Kampala Police Station.
As he recorded his statement at Old Kampala Police Station, the kidnappers called him again requesting for the balance of Shs500,000, which he quickly raised from his relatives and again sent via mobile money on the same phone number owned by his daughter.
“The kidnappers told me that I should wait for their call and direct me where they would drop my daughter, but warned me to reach there in time and take her to the hospital, because they had given her a lot of chloroform,” Mr Kasagga says.
DON’T MISS: Man fakes own kidnap to pocket bride price cash
However, he waited for their call in vain and also tried to call them without success.
“We kept waiting until Saturday around 11am when they called again requesting for more money (Shs500,000). But my brother, who received the phone call, told them that I had panic attack and had suffered pressure and had been rushed to hospital, but I was listening to it all,” Mr Kasagga says.
By press time, the family had not heard from the kidnappers as their telephone number remained inaccessible. But for three days now, family members and other mourners have camped at Kasagga’s ancestral home in Nakagongo village, Mateete sub-county, Sembabule District, for a vigil.
The body hasn’t been located yet.
The issue
Fear. Mr Fred Kasagga fears his daughter could have been killed by the kidnappers.
Ransom money. He says the kidnappers initially demanded Shs5m. He could only mobilise Shs1m from relatives and friends.
Agonised. But for three days now, family members and other mourners have camped at Kasagga’s ancestral home in Nakagongo Village, Mateete sub-county, Sembabule District, for a vigil

Did you find apk for android? You can find new Free Android Games and apps.
Sharing is caring:
UGANDA Uganda Comments Off on UGANDA: Kidnappers demand ransom for murdered girl Print this News