UGANDA is only SHITHOLE because we make it look that way! 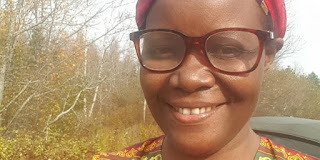 This morning, I was reminded of why our country is a pit latrine.

This morning my App (bobot) had shared about FUFA clearing the money owed to Micho.

On Twitter, someone said “so he is now returning. Can we trust him”? So it looks like some people do not know how contracts work. I told him “there was litigation. Micho is gonna remain with the Orlandos in South Africa”.

I should not even have responded. But come on..Sebastien Desabre has the contract of managing the Cranes.

Then on WhatsApp, someone asked for who collected the FUFA money and sent it to Micho.

I should have called him an idiot but counted to 10.

I asked them if they had proof. They said they had vouchers I had signed in Kampala to get the money.

Last month, I had to talk to one Afande in Kampala. Some guy had claimed that he sent me web hosting fees for a client. The Afande listened well. I told him to ask the culprit to show records of the money.

Imagine in this day, you claim to have sent money but you have no records. All money moves electronically so it is traceable.

Which takes me to the UGX 2.5B which I signed vouchers for in Kampala.  Really? Who even flies to Uganda to sign for money? It is all electronic.  The liars think we go to banks?

And on opposition, had they sent me money, anyone in Canada who receives $10,000+ of an electronic transfer faces the receiving bank here which must declare it to CRA (Canada Revenue Agency) and likely CSIS (Canada Security Information Services. It is our version of CIA).

So because I did not fly home to sign vouchers and the morons did not have electronic copies of transfers, it was shitty brains.

Most Ugandans who intimidate and claim one has been paid do not even have a bank account, credit card or Paypal.  Or else, they would know how money moves.

Please use your brain or Google. Common Sense has not yet been banned in Uganda.

Did you find apk for android? You can find new Free Android Games and apps.
Sharing is caring:
NRM thugs Others No Comments » Print this News

« UGANDA: Foreigner arrested with heroin in Uganda; she was not murdered like recent 6 (Previous) UGANDA: Will Kayihura hand over intelligence agents/moles in opposition?